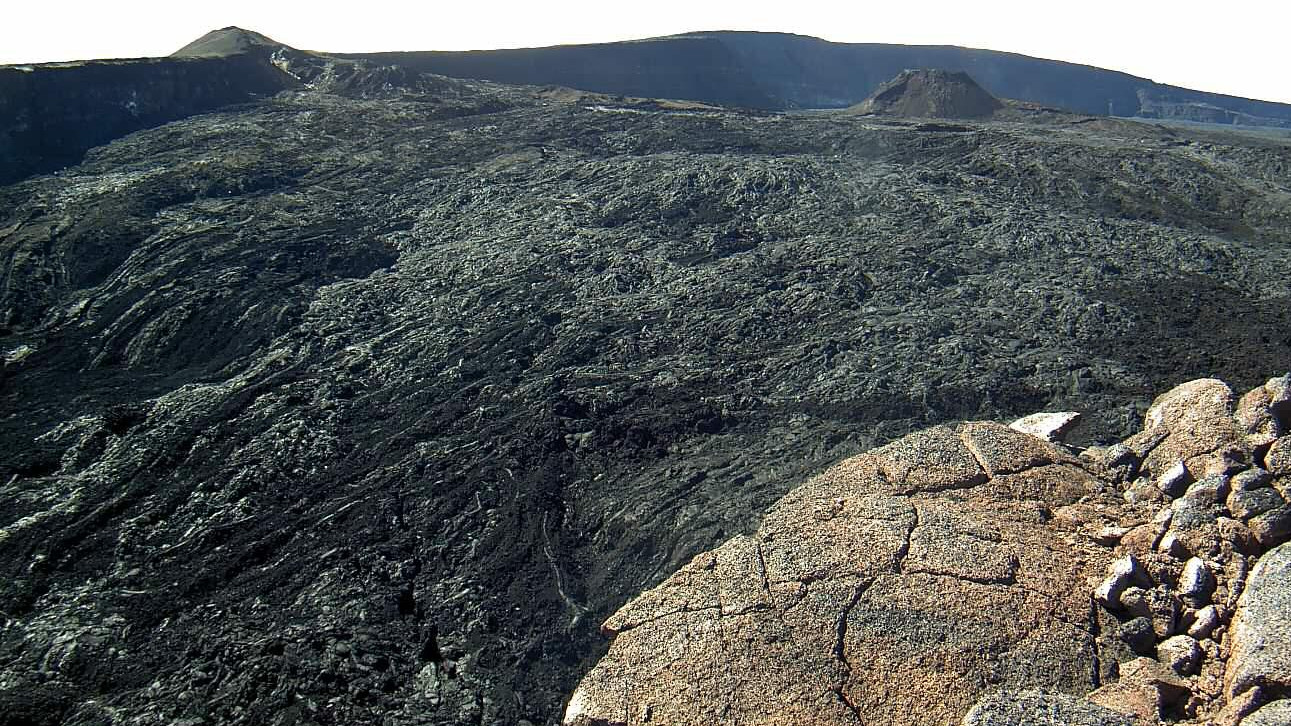 USGS image from a research camera positioned on the south rim of Mokuʻāweoweo, Mauna Loa's summit caldera, in Hawaiʻi Volcanoes National Park. This image was taken on June 17, 2020.

(BIVN) – Mauna Loa is not erupting, and the current USGS Volcano Alert Level remains at the ADVISORY level.

Rates of deformation and seismicity have not changed significantly over the past week and remain above long-term background levels, reported the USGS Hawaiian Volcano Observatory in its weekly activity update posted on June 25.

“During the past week, HVO seismometers recorded 153 small-magnitude earthquakes on the volcano,” scientists wrote in the activity update. “Most of these earthquakes occurred at shallow depths of less than 8 kilometers (~5 miles) below sea level. The largest earthquake was a magnitude 2.7 (M2.7) event that occurred on the upper southeast flank, south of the northeast rift zone, on June 20. A second 2.7 (M2.7) earthquake occurred in the south caldera on June 19.”

HVO also added that “gas concentrations and fumarole temperatures at both the summit and the Sulphur Cone on the Southwest Rift Zone remain stable at ~1 ppm SO2 and 97 C (206 F).”

In an unusual statement, the HVO scientists noted that “an elevated CO2 source was reported last week on June 17 on the lower southwest rift zone,” but went on to say that “the excess CO2 is believed to be plants decaying from a homeowner’s recent landscaping, and not volcanic in origin.”

Webcams show no changes to the landscape, the scientists said.