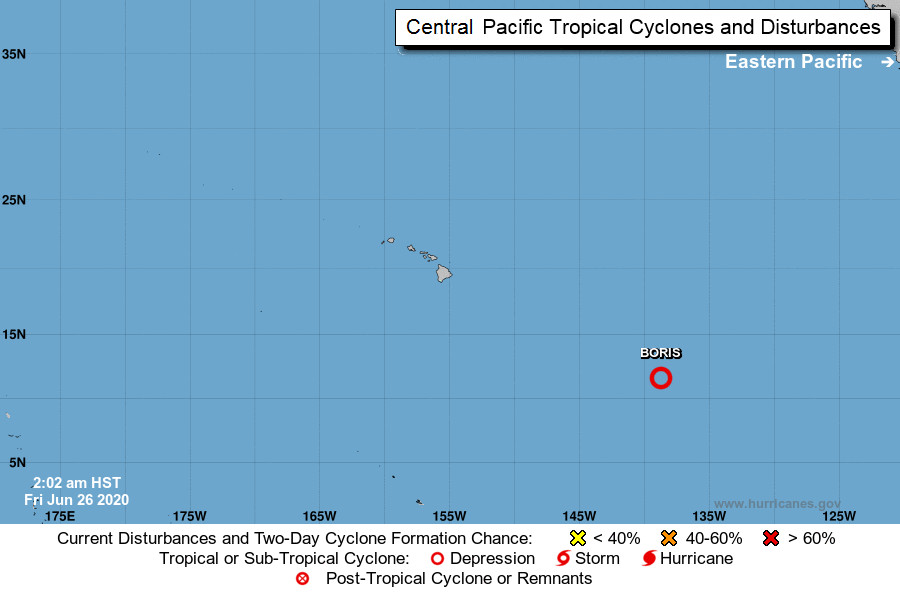 HAWAIʻI - As forecast, Boris has weakened to a tropical depression as it moves west-northwestward, and should degenerate to a remnant low this weekend. 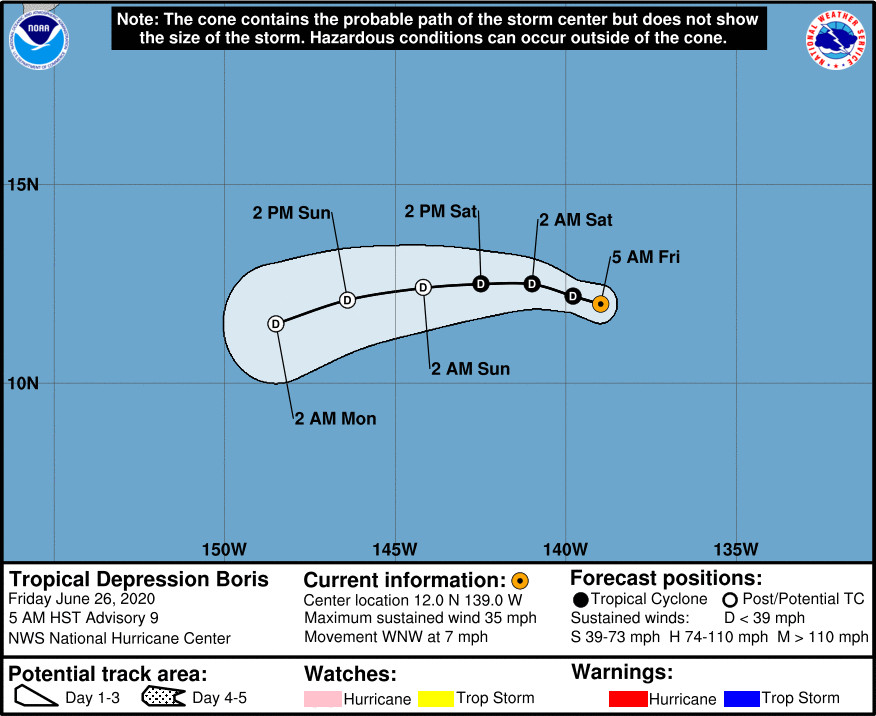 (BIVN) – Tropical Depression Boris, having already weakened from a tropical storm, is 1,195 miles east southeast of Hilo and moving toward the west-northwest near 7 mph.

Gradual weakening is forecast during the next couple of days, forecasters say, and Boris is expected to degenerate to a remnant low pressure area Saturday night or Sunday.

Boris will enter into the central Pacific later today. “The official forecast anticipates Boris dissipating far [southeast] of the islands early next week,” the National Weather Serevice in Honolulu says, “with no impact on island weather as the remnant moisture passes well [south] of the islands.”

From the National Hurricane Center discussion posted at 5 a.m. HST on Friday morning:

Boris is showing signs of being affected by vertical wind shear, with the strongest convection now being displaced a little to the northeast of the center. The initial intensity remains 30 kt as a blend of subjective estimates from TAFB and SAB and the CIMSS satellite consensus. A combination of shear, dry mid-level air, and marginal sea-surface temperatures is expected to produce a slow weakening trend, with the cyclone now forecast to degenerate to a remnant low by 48 h and dissipate completely after 72 h. The new intensity forecast lies near the intensity consensus.

The initial motion is west-northwestward or 295/7. Boris should move west-northwestward during the next day or so while the small cyclone remains to the south of a low- to mid-level ridge. After that time, the weakening cyclone is forecast to turn westward, then west-southwestward with some increase in forward speed in the low-level trade wind flow. The new official track forecast has only minor adjustments from the previous forecast.