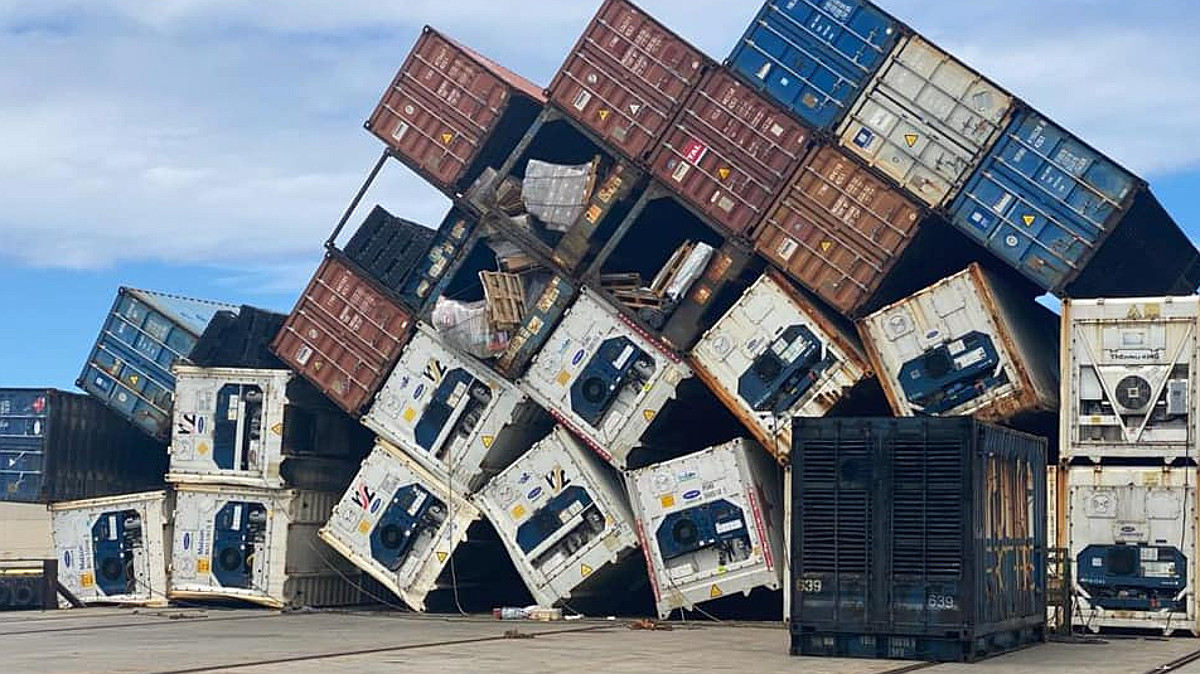 HILO, Hawai'i - The U.S. Coast Guard is continuing the investigation into the loss of 21 cargo containers from the barge Ho Omaka Hou on June 22.

(BIVN) – Twelve of the 21 cargo containers that fell off a Young Brothers barge into the ocean over a week ago remain missing, the U.S. Coast Guard says, as the investigation into the June 22 incident continues.

All cargo was successfully removed from the barge over the weekend, and it returned safely to Honolulu Monday. A further damage assessment is being conducted, the USCG says.

“Of the 21 missing containers, 12 remain unlocated,” the Coast Guard said in a Tuesday update. “One was initially located north of Hilo and sank. One washed ashore at Onomea beach, where it was refloated and towed to Hilo Harbor. The rest were recovered to Hilo Harbor and were removed from the water.”

The Coast Guard says that on June 22, the tug Hoku Loa operator reported a loss of cargo from the barge Ho Omaka Hou as they transited from Honolulu to Hilo Harbor in the early morning. Reports of shipping containers floating in Hilo Bay and the sight of a cargo toppled on a Young Brothers barge ignited statewide concern. Coast Guard watchstanders broadcast an alert to mariners to keep a sharp lookout for any containers that may pose a hazard to navigation. The Coast Guard says:

The incident is a reportable marine casualty under federal regulations as defined by the criteria in the Code of Federal Regulations for all commercial maritime operations. As a matter of routine and in line with standard practices surrounding a marine casualty, the Coast Guard and the National Transportation Safety Board are investigating the cause of the incident. Both agencies produce their own summary of findings.

The Coast Guard says Young Brothers worked cooperatively to address the situation and is conducting an independent investigation.

Meanwhile, in an effort that began before the cargo toppled overboard, Young Brothers is seeking financial relief from the State of Hawaiʻi due to the economic impacts of the COVID-19 pandemic.