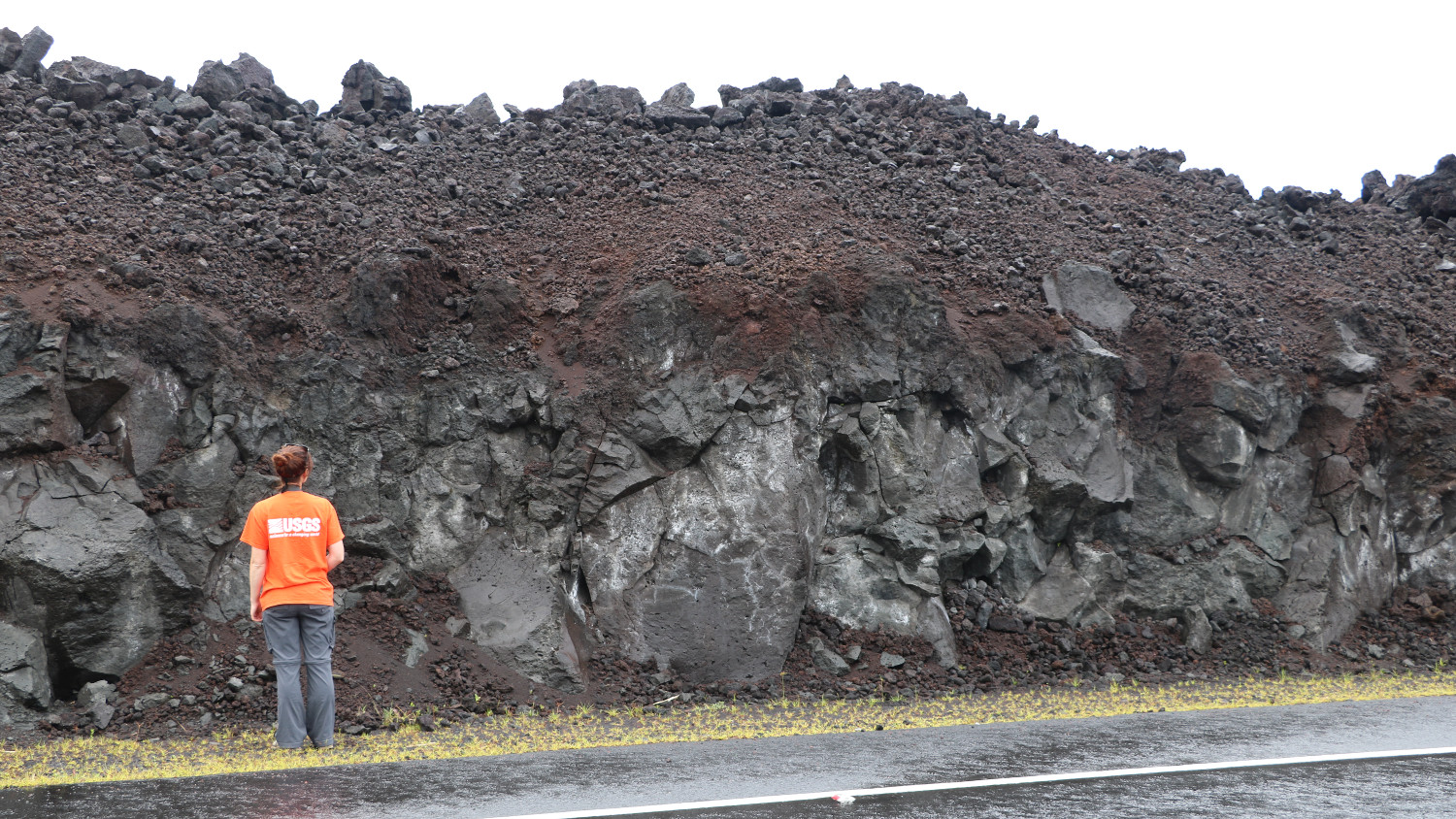 This roadcut exposes the dense core that was the fluid portion of the Fissure 8 lava flow, topped by a layer of rubbly clinker. USGS photo by M. Patrick. 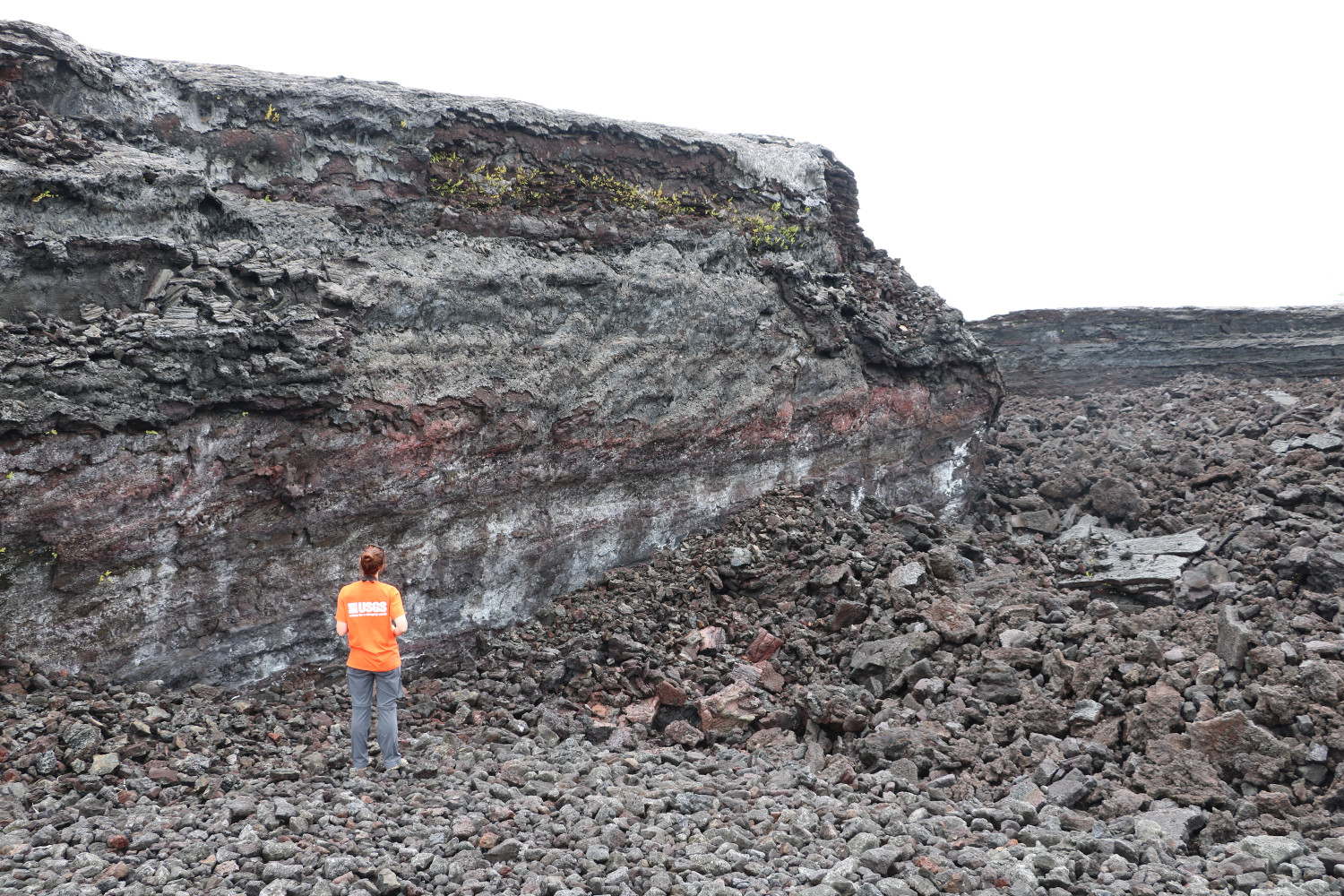 “This photo shows the channel wall in the braided channel region of the flow,” HVO says. “Note the small ferns growing on the upper channel wall.” USGS photo by M. Patrick.

(BIVN) – Geologists visited the lower East Rift Zone lava flow field in Puna this past week “to make continued measurements and observations, to better understand and reconstruct the dynamics of the Fissure 8 lava flow,” reports the USGS Hawaiian Volcano Observatory. The lava flow, active two years ago this month, changed the landscape of Puna and destroyed the entire seaside-village of Kapoho.

HVO posted photos of the trip to its website on July 13.

In one photo, the wall of the 250 feet wide channel created by the lava flow is about 20 feet high. “The large scale of the channel is a testament to the unusually high rates of flow, which exceeded 100 cubic meters (yards) per second, in the Fissure 8 channel,” the scientists wrote.

The Highway 132 roadcuts also provide an opportunity to visualize the mechanics of the voluminous lava flow. The roadcut “exposes a cross section of a portion of the Fissure 8 flow that was ‘a‘ā,” HVO notes. “When ‘a‘ā flows are active, the core of the flow is fluid and moves downslope, with the rubbly clinker on the top surface carried along like a conveyor belt.”

Kīlauea Volcano is not erupting, and recent monitoring data show variable but typical rates of seismicity and ground deformation, low rates of sulfur dioxide emissions, and only minor geologic changes since the end of eruptive activity in September 2018.