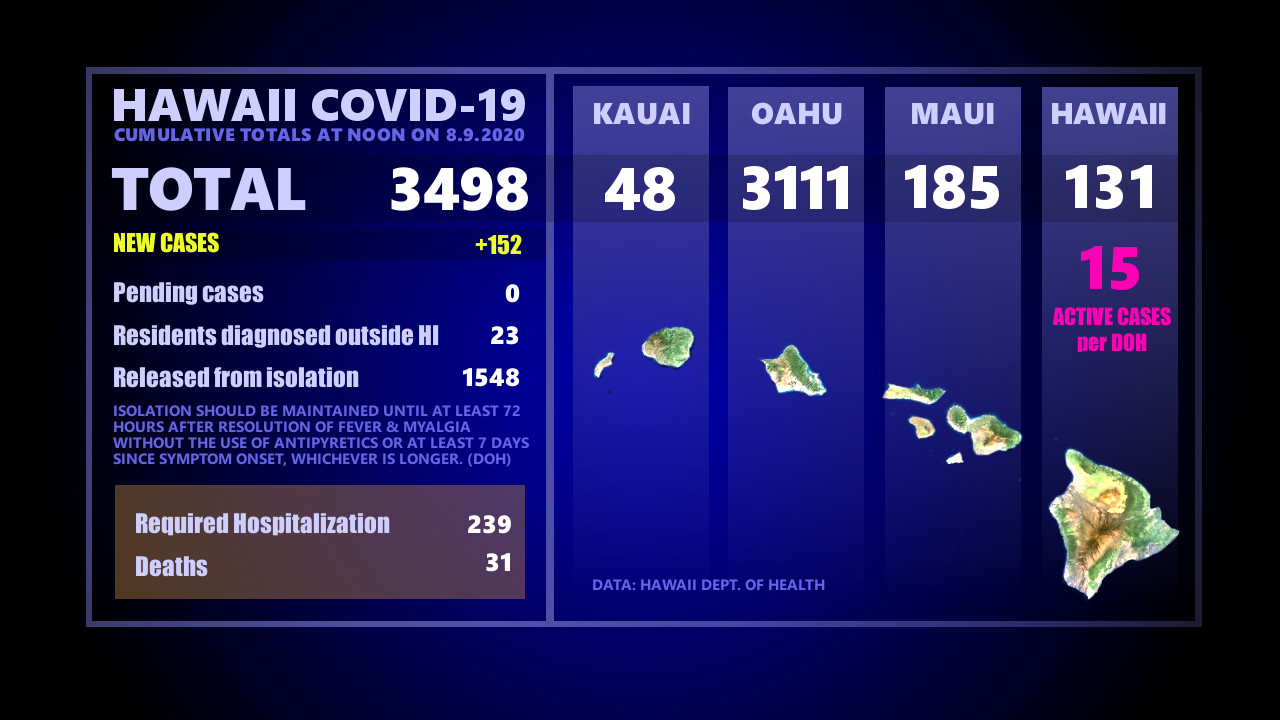 HAWAIʻI - There was another high count of new COVID-19 cases statewide on Sunday, but the number was well below the 231 cases counted the day before. 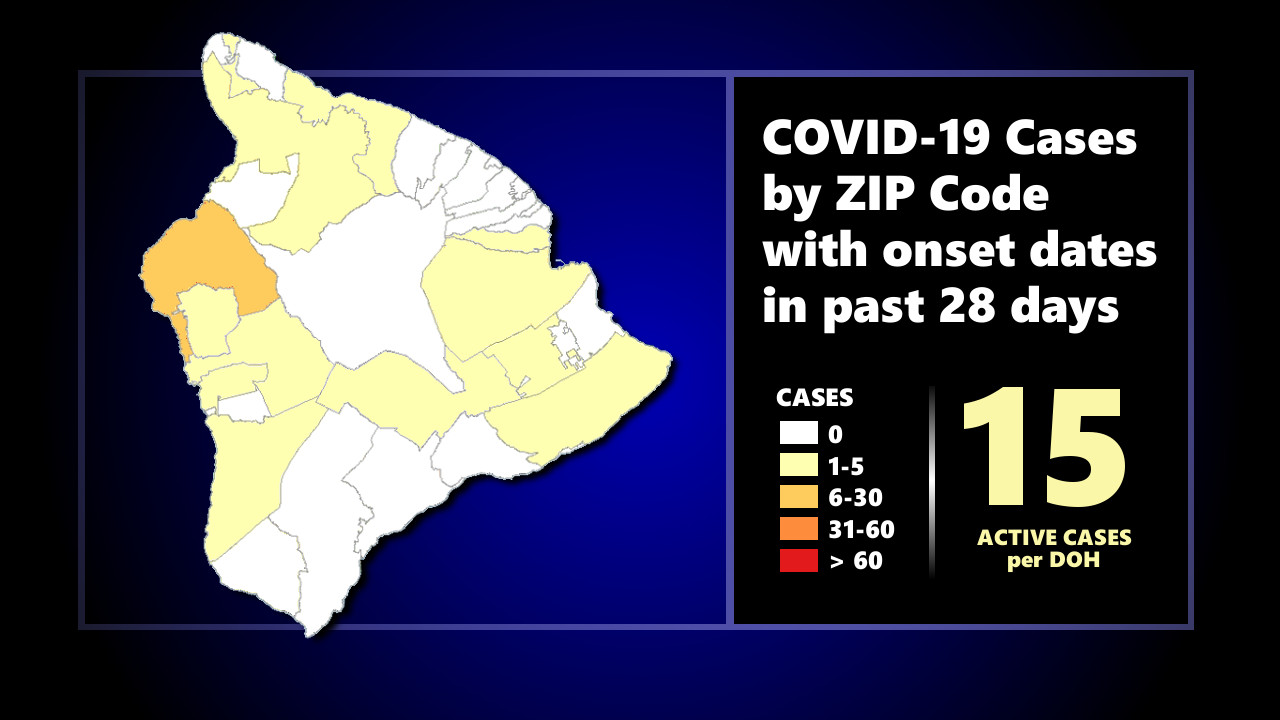 BIVN graphic features the number of “active” cases as reported by the Hawaiʻi Department of Health at noon, and a map showing zip code areas with reported cases having onset dates in the past 28 days according to the Hawaiʻi health department.

(BIVN) – The State of Hawaiʻi counted 152 new cases of COVID-19 statewide at noon on Sunday. Once again, most of the new cases were identified on Oʻahu.

A new Hawaiʻi Department of Health map plotting coronavirus cases with onset dates in the past 28 days by zip code area shows at least one new case, but not more than five, has been identified in the 96704 area of South Kona.

State officials say 116 of the 131 cases on Hawaiʻi island have been released from isolation, indicating that fifteen (15) are currently active cases.

This morning, before the State’s noon update, the Hawaiʻi County Civil Defense reported three (3) new cases, and said the number of active cases on Hawaiʻi island is twelve (12).

“This increase of three new cases for the Island of Hawaii are isolated and being monitored by the Department of Health,” civil defense said, adding that “at this date for Hawaii Island, no one is hospitalized.” The state later confirmed there are no Big Island hospitalizations.

The Island of Oahu has seen a large increase in the number of positive cases in the past two weeks. Much of this increase has been identified as related to large group gatherings and not wearing face masks. This huge increase caused City and County of Honolulu to establish policies of closures to all parks and limiting all indoor and outdoor gatherings, and the closure of some businesses.

The Island of Hawaii remains in a good place and policy changes affecting this island have not been required. We need your help in taking special care when socializing and gathering. Everyone must do their part by following the preventive measures of face coverings, cleanliness, keeping yourself healthy, of staying at home when sick, and distancing. Thank you for taking the effort to keep our neighbors, friends, family and community safe.

Yesterday, 2,338 people arrived in Hawaii. During this same time last year approximately 38,000 passengers arrived in Hawaii daily, including residents and visitors. The state’s mandatory 14-day self-quarantine started on March 26th for all passengers arriving in Hawaii from out of state. This table shows the number of people who arrived by air from out of state yesterday and does not include interisland travel. This data was collected from the Hawaii Department of Transportation’s (DOT) Mandatory Travel Declaration Form.