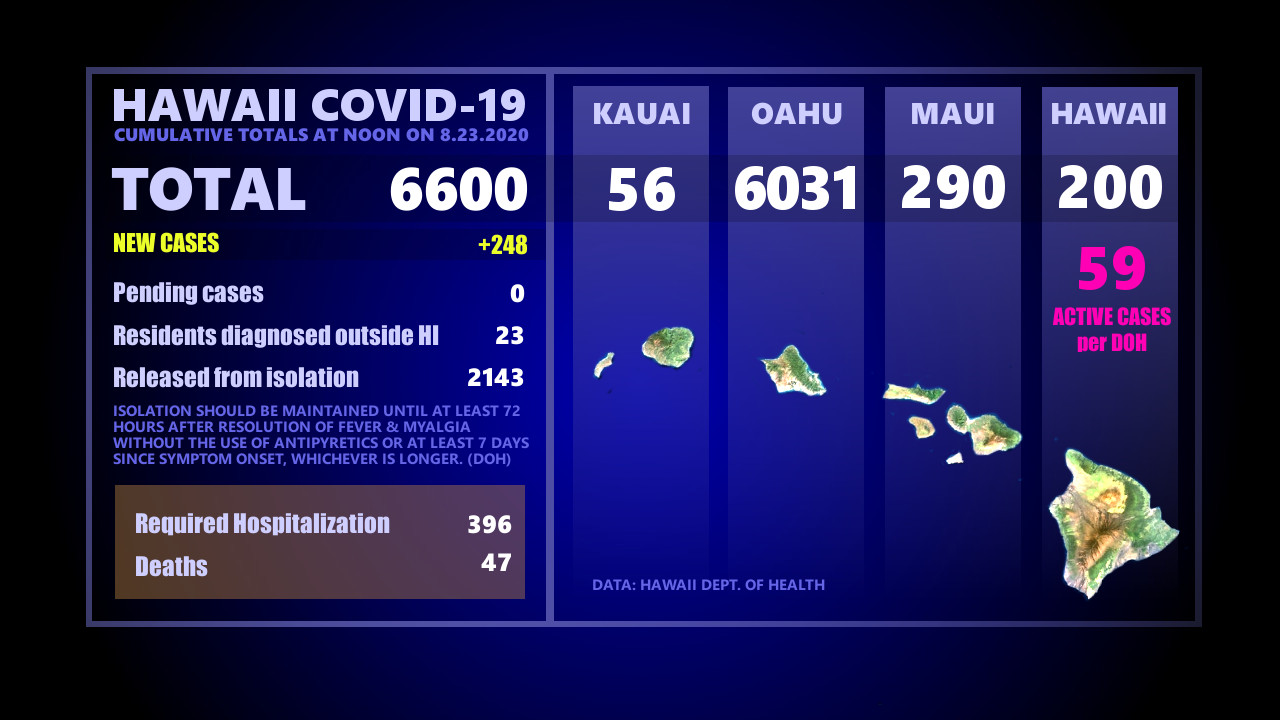 (BIVN) – Hawaiʻi island reached two hundred (200) cumulative cases of COVID-19 on Sunday, as the State of Hawaiʻi reported eight (8) new cases on the Big Island as of noon.

There were 248 newly reported cases statewide, the Hawaiʻi Department of health said, with the majority (228) reported on Oʻahu. Aside from the 8 reported on the Big Island, there were twelve (12) new cases identified in Maui County.

Of the 200 cumulative cases on Hawaiʻi island, 141 have been released from isolation, indicating that 59 cases are active. This morning, the Hawaiʻi County Civil Defense reported 48 active cases on the island, and said that most of the new cases are being identified in the Hilo area.