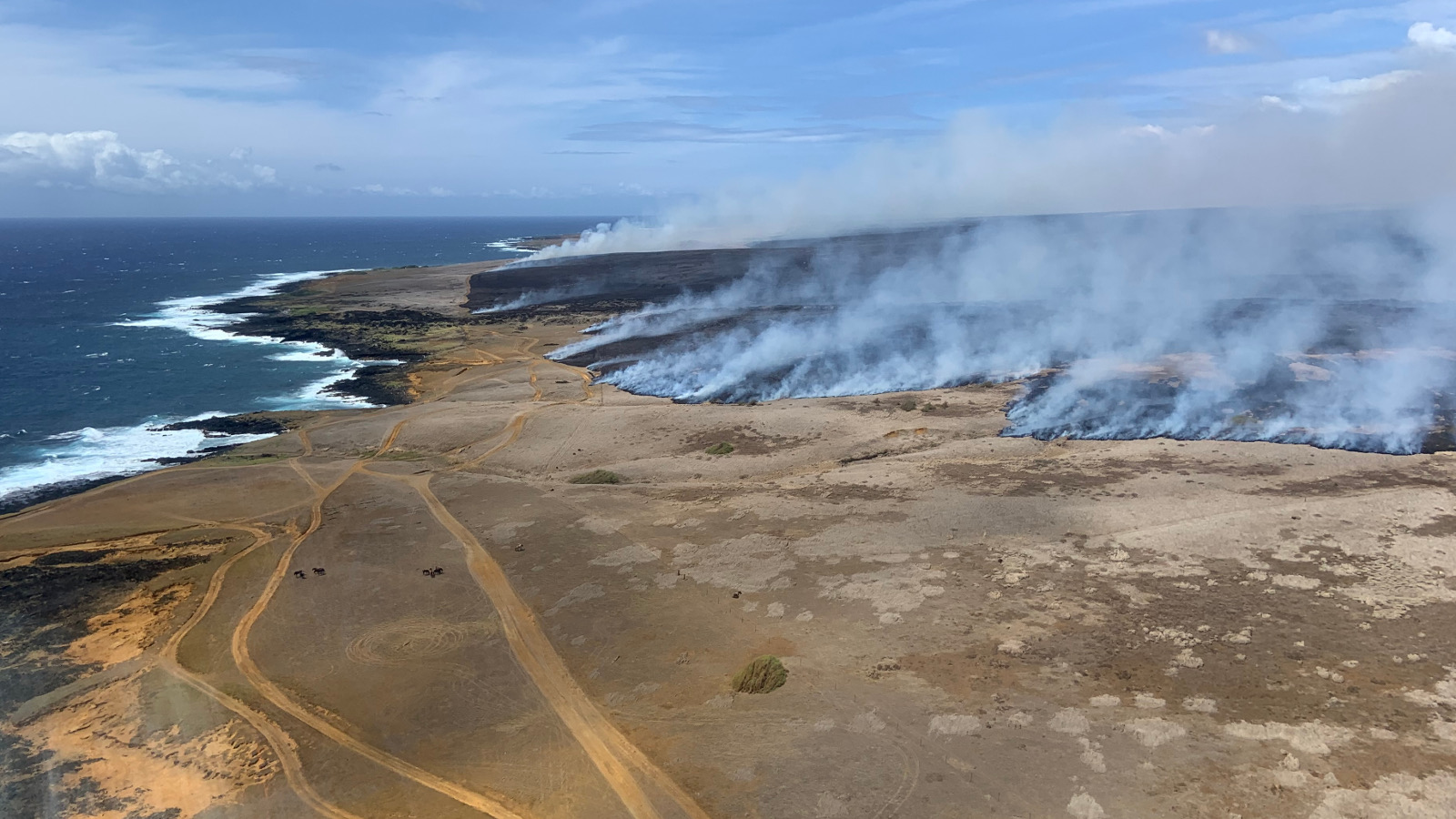 Horses, set free due to the approach of the brushfire, can be seen as small dots in the foreground of this photo from above Kaʻaluʻalu brushfire in Kaʻū. Courtesy the Hawaiʻi Fire Deaprtment.

KAʻŪ, Hawaiʻi - A brushfire that originated near Kaʻaluʻalu Bay spread quickly through the Kaʻū pastureland thanks to strong east northeast winds. 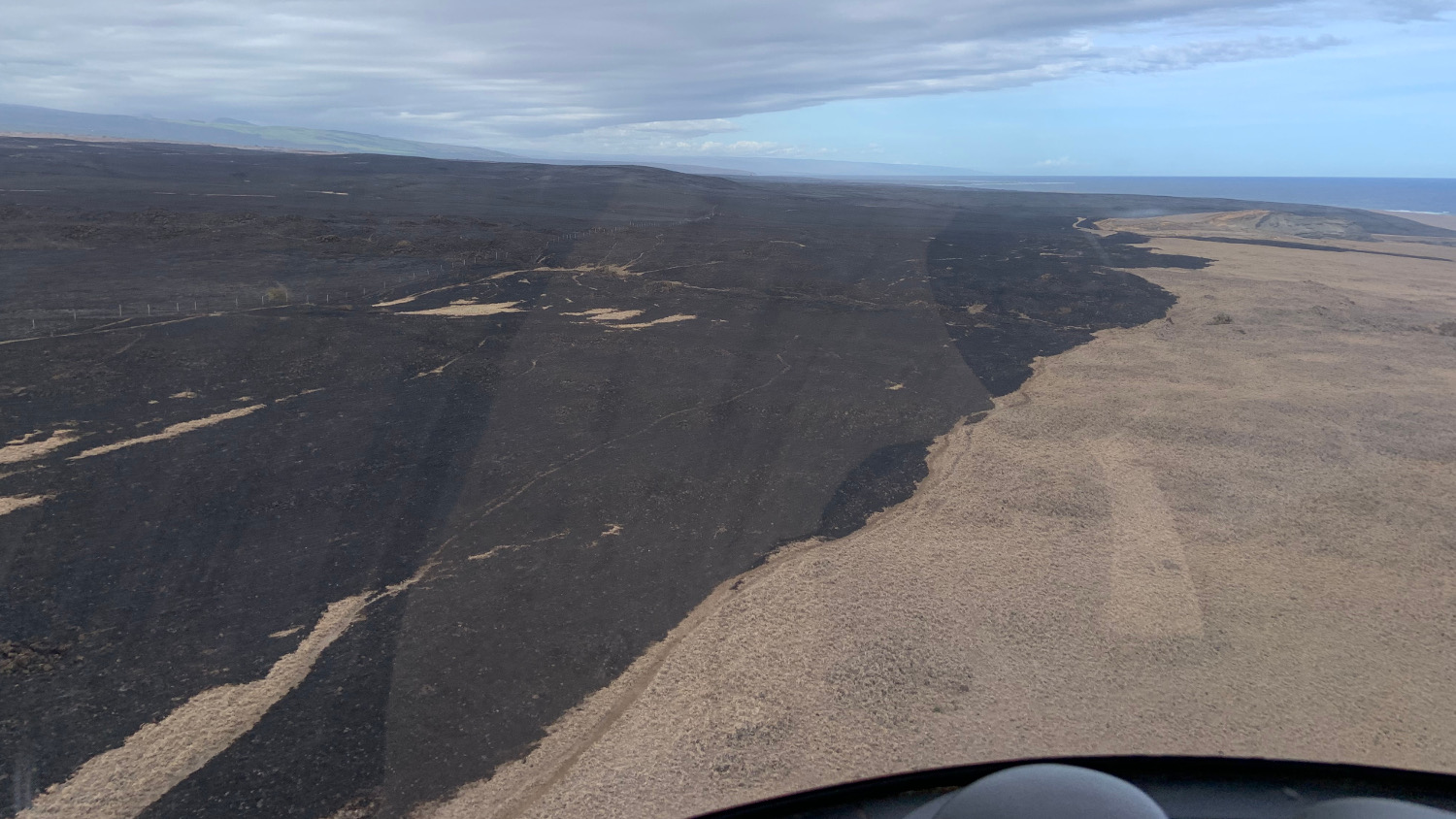 Photo shows the area of the fire as of Sunday evening courtesy the Hawaiʻi Fire Department.

(BIVN) – A fast moving brushfire burned though roughly 3,500 acres of pastureland and low mesic forest in Kaʻū on Sunday.

The Hawaiʻi County Fire Department says the blaze originated near Kaʻaluʻalu Bay and was spread by strong east northeast winds.

Despite the size of the brushfire and the danger of the wind-driven flames, there were no reported injuries, and several ranch buildings were saved, the fire department said.

Also, “a paddock each of painted horses and cattle were saved by cutting fencelines as the fire cornered them against the perimeters of the paddocks,” the fire dispatch reported.

Fire department units from Pahala, Naʻalehu, and Hawaiian Ocean View Estates responded to the brushfire. “Due to the remote nature of the fire, private bulldozers were used to cut fire lines around the fire,” the department wrote.

The fire was first reported on Saturday evening, and by morning, “the fire had grown to ~3250 acres,” the fire department said. Ground units, including volunteer units, were deployed to control flare ups along the flanks of the fire. Two County fire choppers dropped water on the fire, using seawater, HFD tankers, and ranching water.

By the late afternoon, the fire was 90% contained and “all that remained were hot spots throughout the burn area.” Night watch units remained on the scene, the County reported, “with a state highways dozer to continue to mop up and widen fire breaks fir tomorrows continued fire fighting.”

The cause of the fire is unknown.