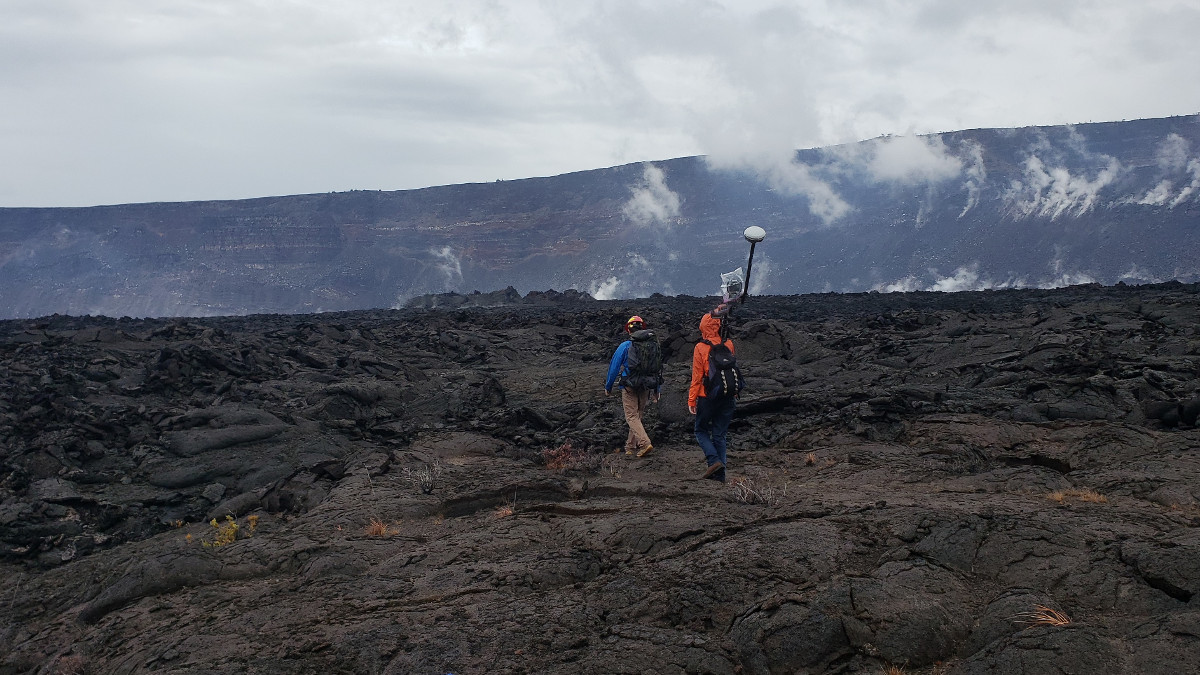 On September 23, 2020, scientists are seen carrying survey equipment westward along the remnants of the Halema‘uma‘u Trail on the down-dropped block of Kīlauea caldera. The fissure from the 1954 eruption can be seen in the distance. USGS photo by A. Flinders.

HAWAIʻI ISLAND - Scientists say there continues to be variable but typical rates of seismicity and ground deformation and low rates of sulfur dioxide emissions at Kilauea volcano. 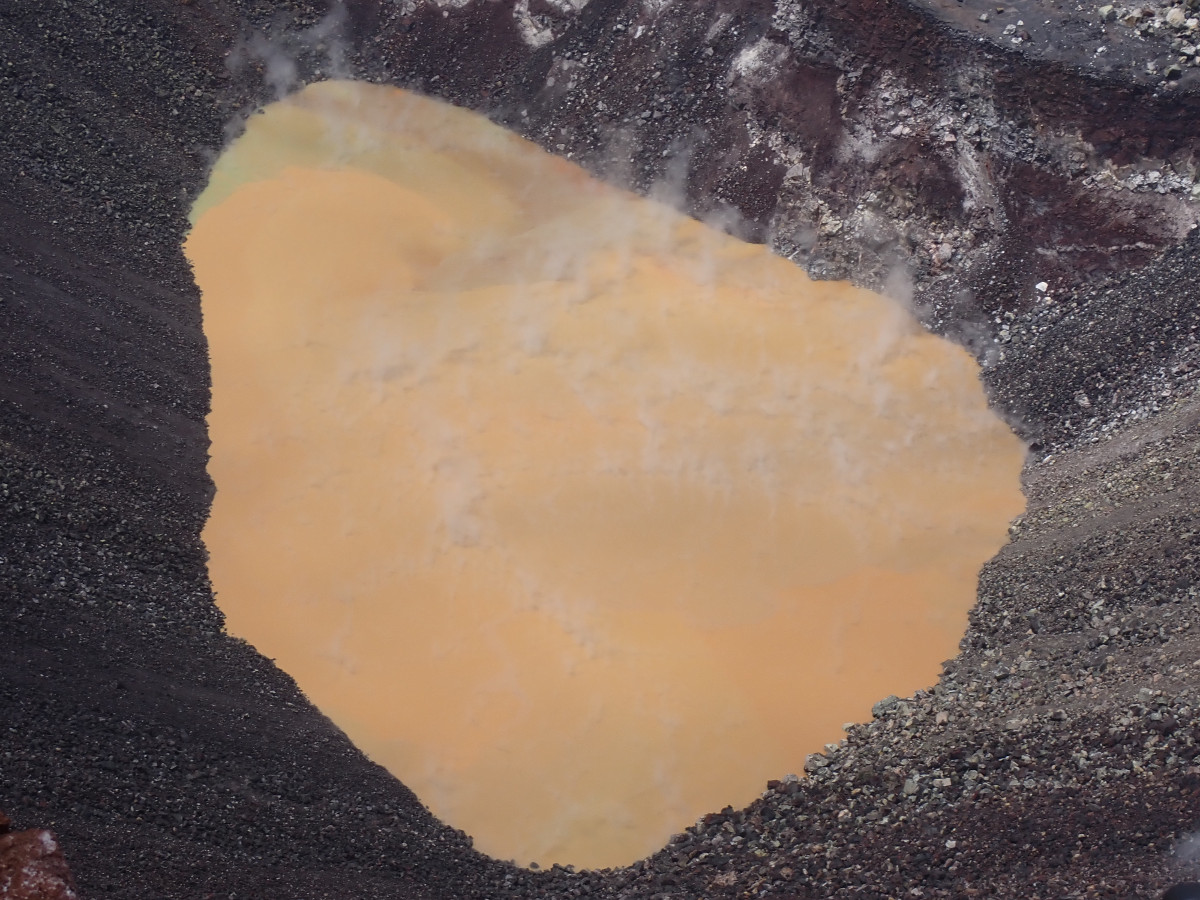 USGS: This view shows Kīlauea’s water lake from the east side of the crater. On September 23, 2020, the western portion of the lake (top of image) was the most varied in color, with patches of greenish and brown water. The majority of the lake surface, however, was the typical tan hue. USGS photo by M. Patrick.

(BIVN) – Kīlauea Volcano is not erupting. Scientists with the USGS Hawaiian Volcano Observatory recently issued a new activity update, and noted an uptick in earthquakes for the month of September compared to the month before.

From the USGS HVO update:

There were approximately 1450 earthquakes during the month of September at Kīlauea, an increase of roughly 35% from the number of earthquakes recorded in August.

Sulfur dioxide emission rates are low at the summit, consistent with no significant shallowing of magma. Some amount of sulfur dioxide is being dissolved into shallow groundwater and the crater lake at the bottom of Halema‘uma‘u; work continues to try and quantify this process. As of September 29th, the lake depth was approximately 46 meters or 150 feet. The crater lake was last sampled by UAS in January and additional sampling with UAS is planned. Sulfur dioxide emission rates are below detection limits at Puʻu ʻŌʻō and the lower East Rift Zone