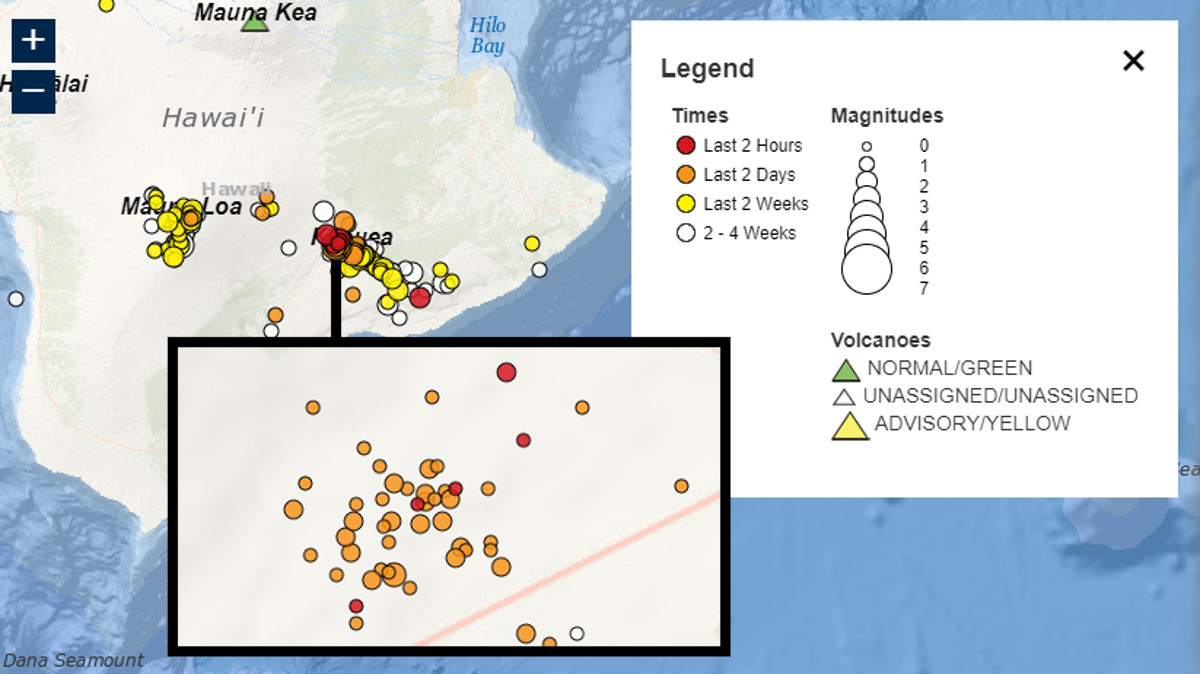 HAWAIʻI VOLCANOES NATIONAL PARK - Scientists have recorded over 130 earthquakes beneath the northeastern tip of the Ka‘ōiki fault system, about 1 mile west of Nāmakanipaio Campground.

(BIVN) – Following an increase in shallow seismicity northwest of the summit of Kīlauea volcano, the USGS Hawaiian Volcano Observatory on Friday issued an information statement.

Kīlauea Volcano is not erupting, and the scientists say other monitoring data streams remain stable and show no signs of increased activity.

From the USGS HVO information statement, issued at 2:02 p.m. HST:

On October 22–23, 2020, the US Geological Survey Hawaiian Volcano Observatory (HVO) has recorded over 130 earthquakes beneath the northeastern tip of the Ka‘ōiki fault system, about 1 mile (less than 2 km) west of Nāmakanipaio Campground. These earthquakes are occurring in a cluster about 1 mi (2 km) wide and 1–3 mi (2–5 km) below the surface.

The largest event in the sequence was a magnitude-3 earthquake, with the bulk of the events being less than magnitude-2 and not reported widely felt by residents. Reported felt events were described as weak shaking, with a maximum Intensity of III on the Modified Mercalli Intensity Scale.

Clustering of shallow earthquakes in this region does not mean an eruption is imminent. HVO has recorded shallow earthquakes in this area for many decades across several eruptive cycles at both Kīlauea and Mauna Loa. Other monitoring data streams for Kīlauea and Mauna Loa, including ground deformation, gas, and imagery, show no signs of increased activity.

For more information on earthquakes in the Kaʻōiki Pali area, please see the Volcano Watch article titled, “Why do swarms of earthquakes occur around the Ka‘ōiki Pali?” published by HVO scientists on March 1, 2012.