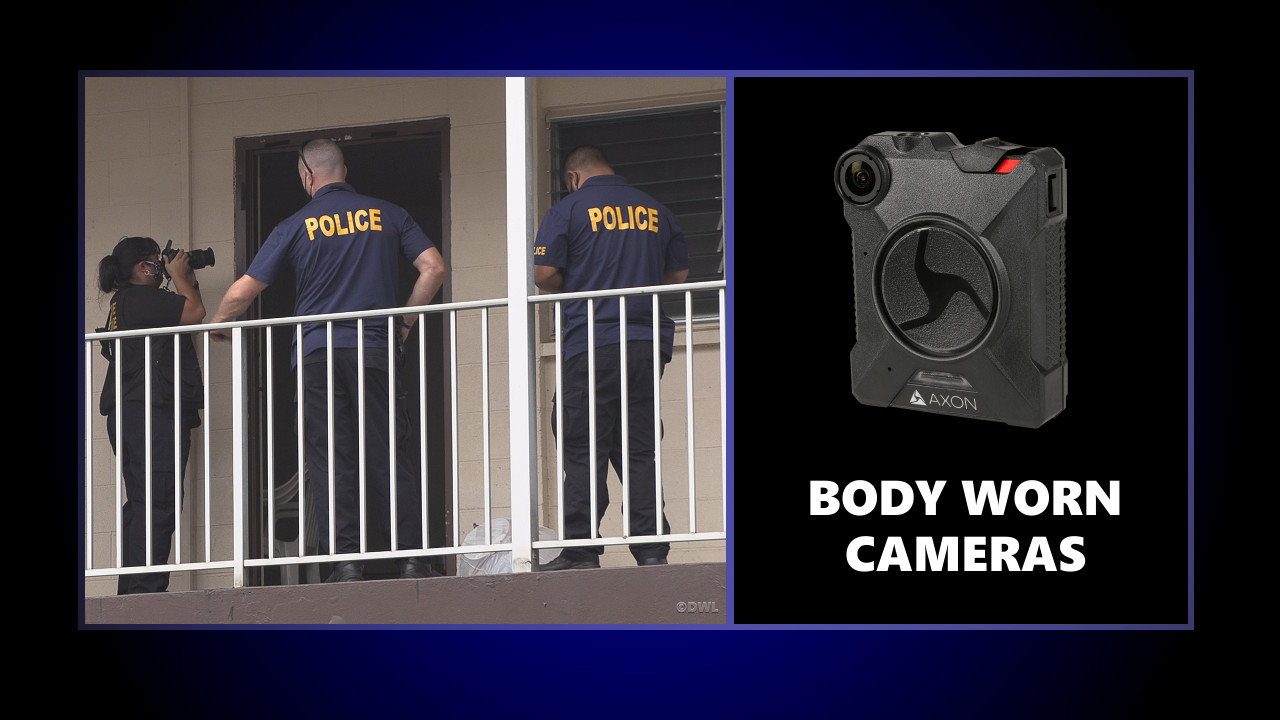 HAWAIʻI ISLAND - South Hilo, Kona, and Puna district police will start, and the rest of the island is expected to be outfitted with the body cams before the end of 2020.

(BIVN) – The Hawaiʻi Police Department’s first Body Worn Cameras, or BWCs, will be outfitted on officers in the South Hilo, Kona, and Puna districts starting on Monday, November 9.

“We are enthusiastic to be able to enter a new era of technology with a tool that will assist us in making both the Community and the Department a better place to work and live in,” the police department said in a news release.

Police expect the entire island will be outfitted with Body Worn Cameras before the end of 2020.

Police provided these answers to frequently asked questions on the BWCs:

What are Body Worn Cameras and what are they for?

BWCs are small cameras that an officer wears on their body. It records interactions between the officer and community members (e.g., the public, victims, and suspects). Recordings from BWCs can be used to demonstrate transparency to the public, document statements, observations, behaviors, and other things officers may witness, and it can also help deter unprofessional, illegal and inappropriate actions by both law enforcement and the public.

What kind of cameras will be in use?

The Department will be using the Axon Body 2, a camera that is in use by many agencies across the nation. The camera will capture 720p HD (high definition) video.

Who will be wearing these cameras? And, when will they be using them?

All of our uniformed Patrol Officers, Community Policing Officers, and Traffic Enforcement Units will be receiving them. Officers will activate them when they have contact with the public in a Law Enforcement capacity such as on traffic stops, during arrests, or any call they are assigned to respond to. They will stop the recording once they are done with that incident.

What about if I call an officer to my house to report something? I don’t want them filming inside my house.

Officers have received training on and will use their discretion in instances where a victim requests not to be on camera and may turn it off if asked. However, if the situation requires their taking law enforcement action, the camera will be on.

If I was involved in an incident and the officer took footage during that encounter, can I have the video?

All formal requests for videos can be made to the Police Chief’s Office. While it is not a guarantee of receiving the video, all requests will be considered and weighed. It is the goal of the Department to enter this new era of technology working with its community to ensure it becomes a safer place to work and live.

How long are videos kept?