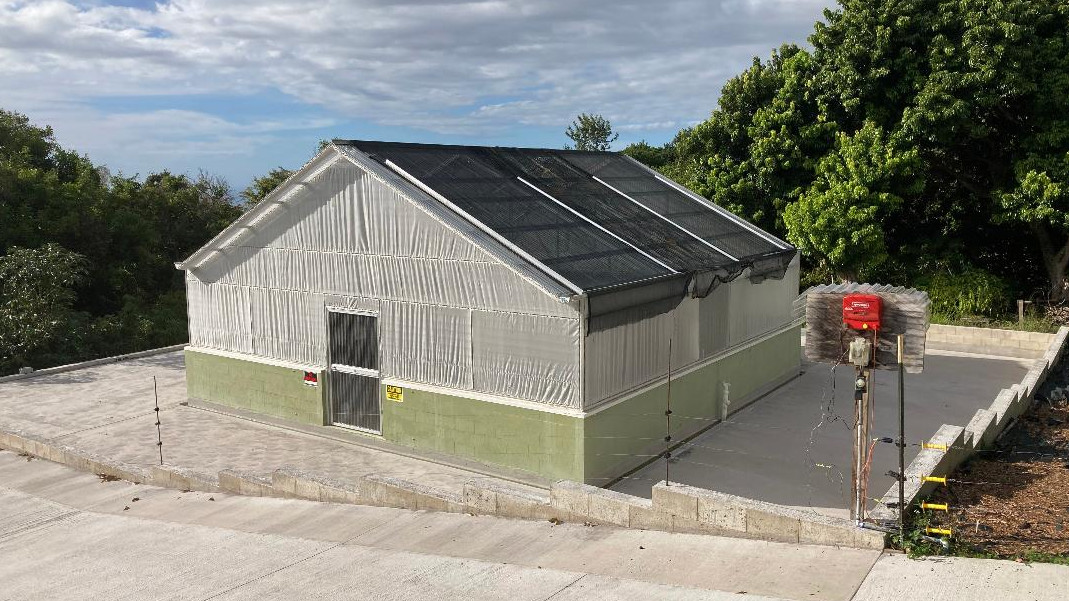 SOUTH KONA, Hawaiʻi - There is a new state-of-the-art containment greenhouse in South Kona, approved by the Hawaii Department of Agriculture. 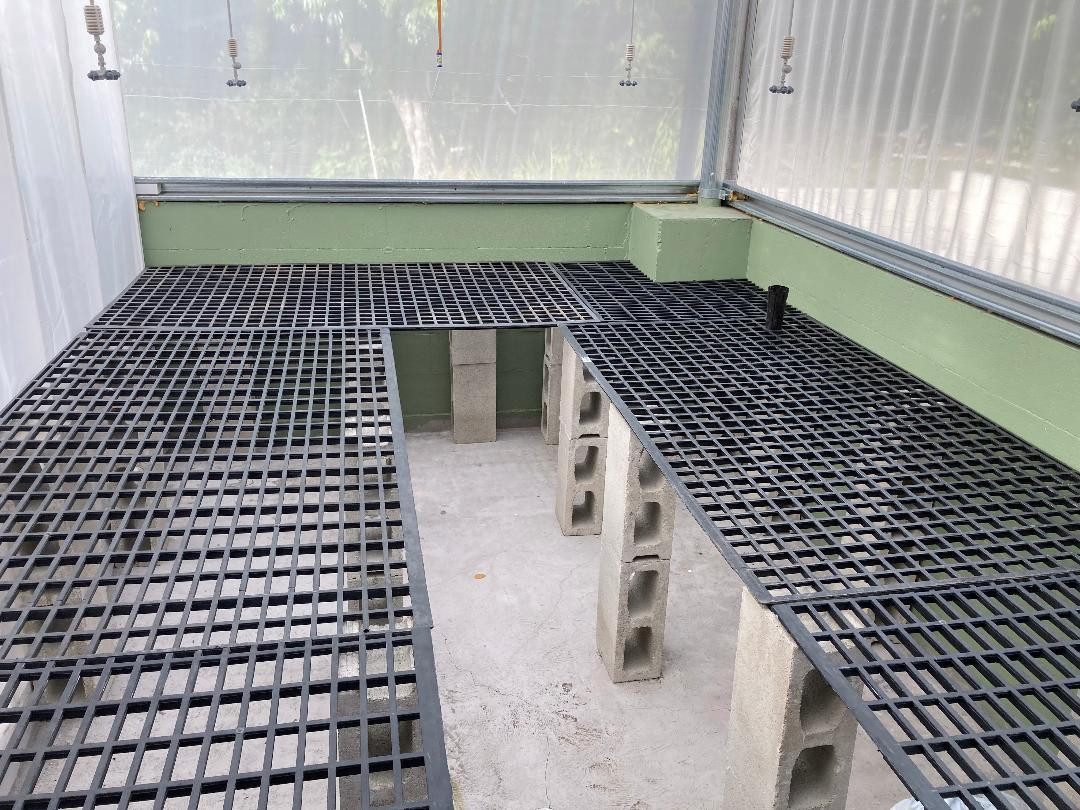 (BIVN) – A new, state-of-the-art plant containment greenhouse in South Kona will allow growers to safely propagate fruit that might be productive in Hawaiʻi.

The Hawaiʻi Tropical Fruit Growers, a statewide association, issued this news release about the new greenhouse:

After 2.5 years of planning and construction, the statewide Hawaii Tropical Fruit Growers (HTFG) boasts a new state-of-the-art containment greenhouse. Approved by the Hawaii Dept. of Agriculture (HDOA) last week, the facility is situated in South Kona.

The $263K greenhouse, funded mainly by the state’s Grants-in-Aid program, will provide fruit growers with insect and disease-free plant resources imported from around the world.

“The greenhouse enables us to bring in, effectively isolate and safely propagate fruit we believe will be productive in Hawai‘i,” explains Mark Suiso, HTFG president. “Hawaii did not evolve naturally with fruit. This facility has technology that will allow us to efficiently introduce desired plants and evaluate them to assure they can safely be released and grown in our state.”

To ensure introduced plants don’t bring in any unintended problems, the 30 X 30-foot greenhouse is surrounded by a five-inch moat and 15-foot concrete barrier and further secured by an electric fence and security system. Specialized USDA-approved micro screen walls will prevent any insects from gaining access and limited staff entry to the greenhouse is through double doors. A solid, specialized plastic roof tops the greenhouse and interior halls between the greenhouse’s eight rooms are blackened with insect traps in each room and hallway.

Ken Love, HTFG executive director, says greenhouse waste water will be treated with bleach before released into a holding tank and finally a septic system. “There is always a concern that water passing through growing media could contain bacteria that might have been missed in the initial plant inspections,” he details. “The bleach treatment will kill any bacteria or virus that travels from the dirt to the drains and into the holding tank.”

According to Love, all chosen imported plants will go through five stages of inspection: by HTFG on-site at exporting farm, by country of origin’s Dept. of Agriculture, by USDA upon arrival in Honolulu, by HDOA in Honolulu, and finally by HTFG before entering greenhouse. Imported plant stock will arrive as small, bare-root trees or cuttings.

Once the seedlings are received at the Kona greenhouse, they will be potted in a sterile and organic nursery mix.

HTFG members will decide what plants to import and clone and they will be quarantined in the 900-square-foot greenhouse over a two-year period before released. The project’s six rooms can each hold about 1,000 trees and two, small tube pot rooms can hold up to 4,000 seedlings.

Love shares virtually unknown fruit like sweet-sour tampoi has “great economic potential” for Hawaii growers as does the creamy, sweet and savory durian, which can currently be exported from Hawaii to the U.S. Mainland.

“We have already arranged to bring in 500 hachiya persimmons from Japan and 1,000 durian from the Philippines,” adds Love. “Other trees are being grown out for us in Borneo, Queensland and India.”

In addition, the specialized containment greenhouse enables HTFG to apply for a specialized Controlled Import Permit to bring in new varieties of citrus and mango. This more restrictive permit is required as Hawaii is already growing citrus and mango and prevention of introducing new pathogens to existing crops is crucial.

Once plants are settled in the greenhouse, smart monitoring systems will result in little interaction between plants and people as the goal is to minimize exposure between the confines of the greenhouse and the outside world.

To nurture seedlings in a controlled setting, the greenhouse has a timed irrigation system that controls misting, fogging and spraying to mimic ideal growing conditions, including those of the equatorial rainforest. Each growing room has Wi-Fi sensors for monitoring and recording temperature and humidity readings.

“The precise production of desired growing conditions will produce healthier plants more quickly,” notes Love. “This includes cuttings from most citrus, Chou ume plum and any desired local plants like those in the mountain apple family.”

The new greenhouse is a sister project to HTFG’s existing statewide fruit tree repositories where trees are available for sharing among organization members, plus to the public at periodic sales. Love says distribution of the greenhouse’s resources will be similar.

“Ultimately, we want to see a diverse selection of fruit grown productively throughout the state and with little dependence on importing it from outside the state,” adds Suiso.