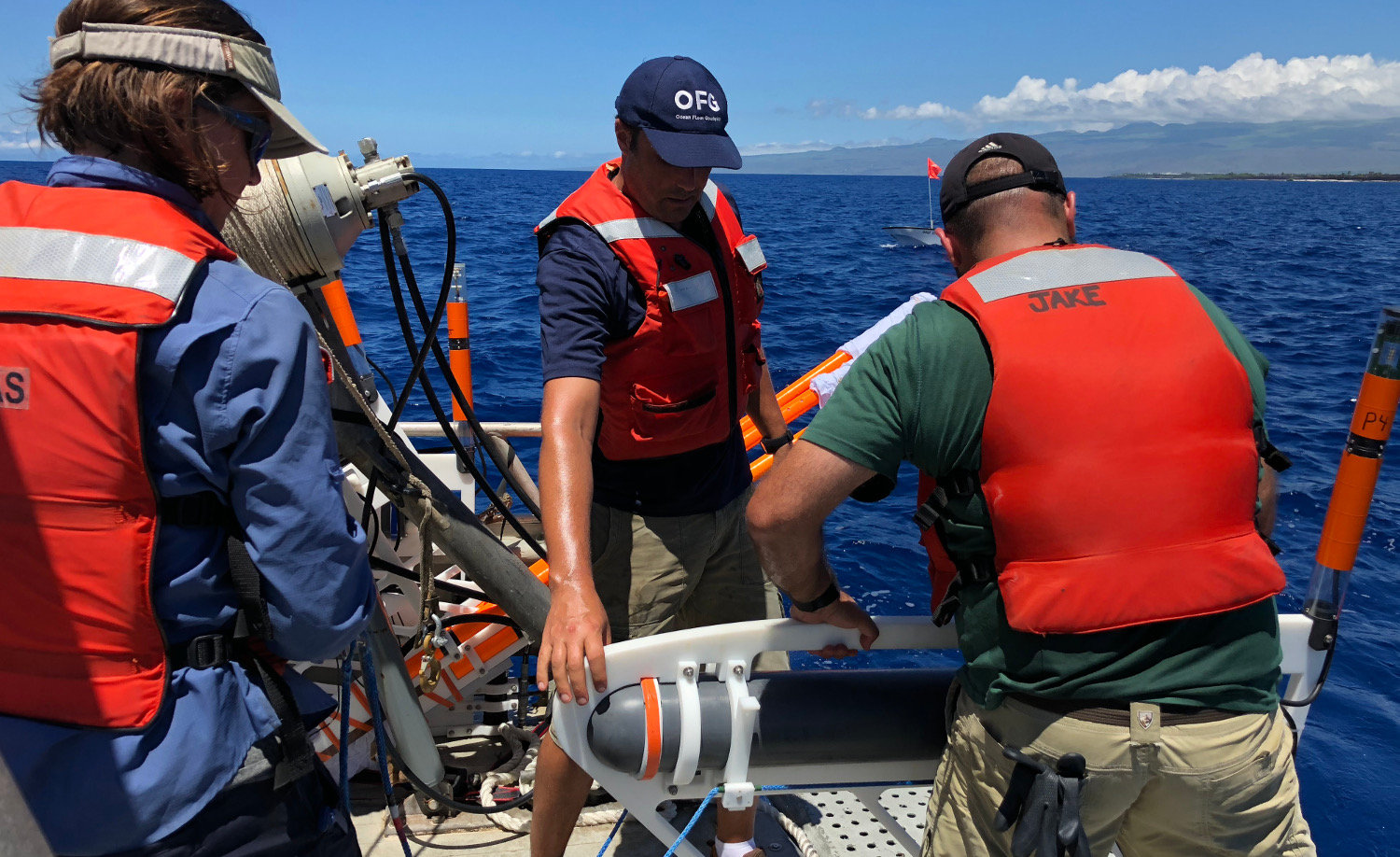 KONA, Hawaiʻi - New findings are being hailed as a paradigm shift from the conventional hydrologic conceptual models for Hawai‘i. 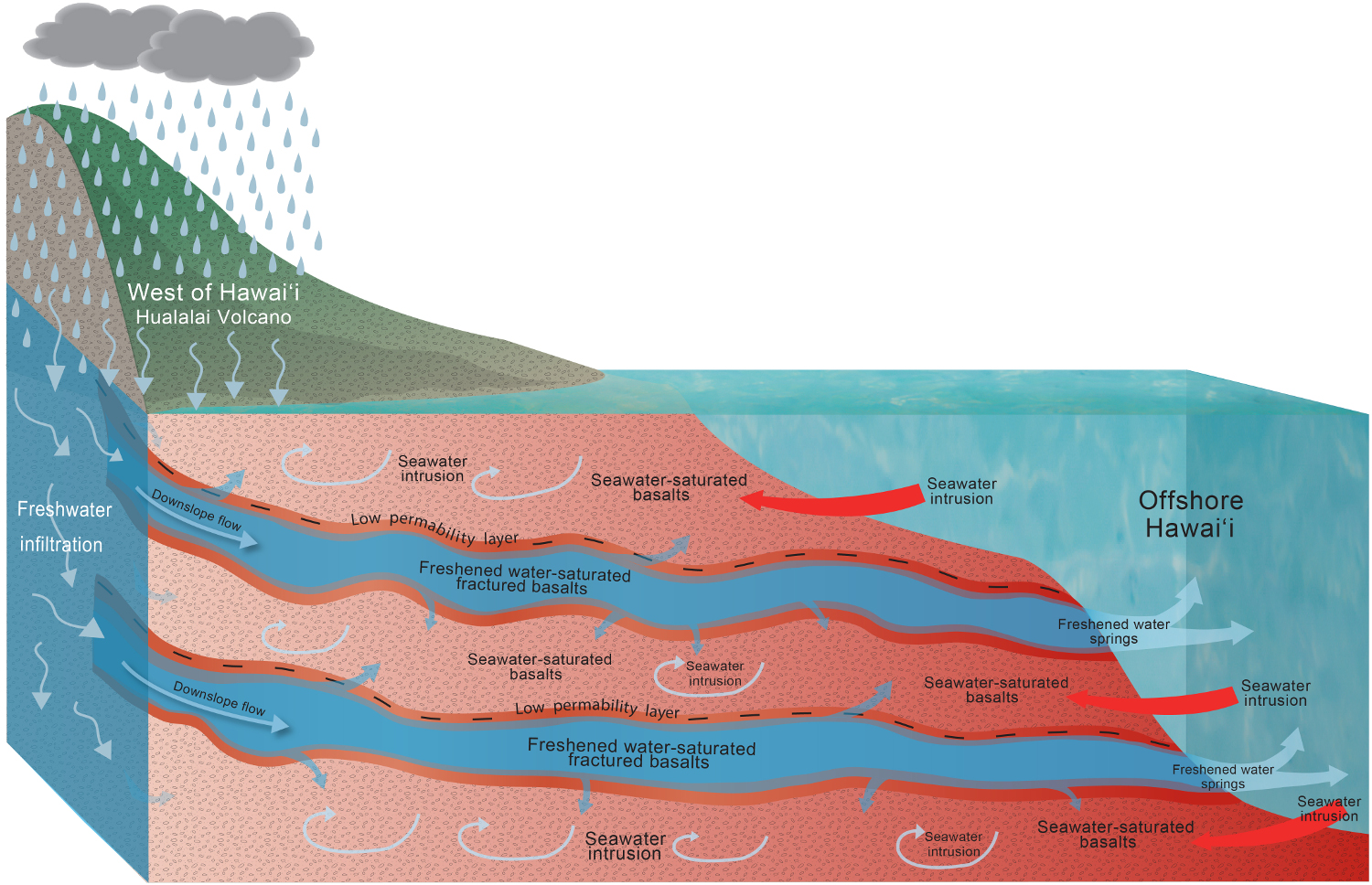 Illustration showing a multilayer conceptual model of the transport mechanism of fresh groundwater.

(BIVN) – There is twice as much freshwater stored offshore of Hawai‘i Island than was previously thought.

According to the University of Hawai‘i, researchers from the Hawai‘i EPSCoR ‘Ike Wai project have found an extensive reservoir of freshwater contained within the southern, submarine flank of the Hualālai aquifer on the Kona side of the island.

The findings were published in the Science Advances journal.

“The main result of that discovery is that we found deep submarine reservoirs of fresh water. They are embedded in layers beneath the surface of the sea floor,” said Eric Attias, a part of the University of Hawai‘i research affiliate faculty. “So, with this discovery, that means that these islands can do the same what we implemented here in the Big Island and can discover the abundance of freshwater within very close proximity to their islands which really will improve their water budget.”

Donald Thomas, a well-known geochemist with the Hawai‘i Institute of Geophysics and Planetology, assisted with the study. He said the findings confirm two-times the presence of much larger quantities of stored groundwater than previously thought.

The study utilized an electromagnetic imaging technique that could also be applied to other islands.

“We used electromagnetic imaging, which is similar to an MRI of the brain. We basically project an electromagnetic wave that goes through the subsurface and then records the returning signal in terms of amplitude and phase and then we see how the field is changing,” Attias said.

Researchers called the new technique a game changing tool for cost-effective reconnaissance surveys like this one.

The University news release also stated that the mechanism may provide alternative renewable resources of freshwater to volcanic islands worldwide.

Brian Taylor, the dean of the UH Mānoa School of Ocean and Earth Science and Technology, said the evidence for separate freshwater lenses, stacked one above the other, near the Kona coast of Hawai‘i “profoundly improves the prospects for sustainable development on volcanic islands.”

The project was supported by the National Science Foundation.