HAWAIʻI ISLAND - The oaths of office were administered on both sides of the island on Monday, during ceremonies that were livestreamed to the public. 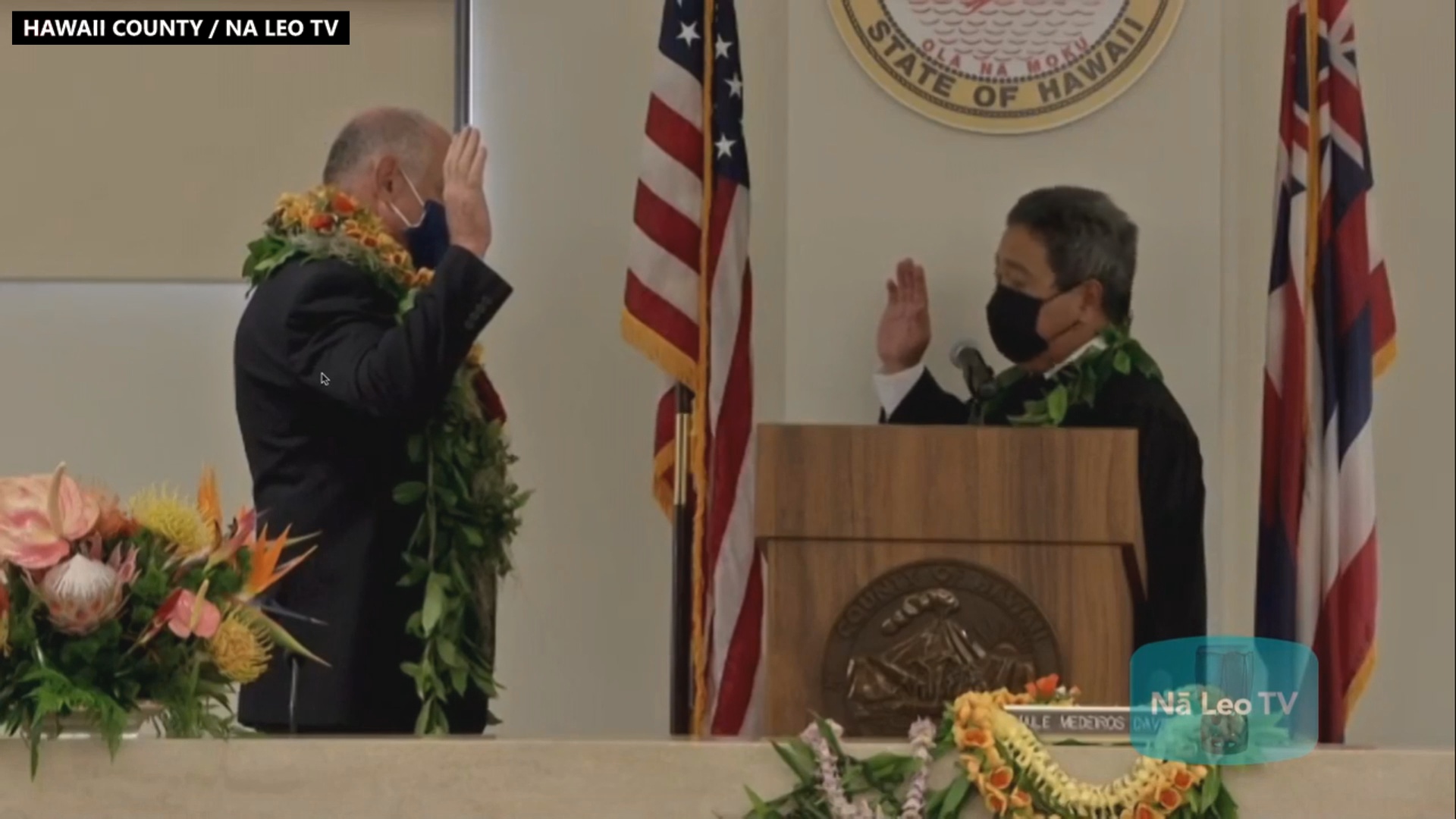 (BIVN) – The inauguration of the new Mayor, Prosecuting Attorney, and nine County Councilmembers was a virtual event on Monday, held on both sides of the Big Island and without public attendance, in the time of the COVID-19 pandemic.

There were some signs of the pomp and circumstance that usually accompany the oaths of office, and the council chambers in East and West Hawaii were both decorated for the occasion. Former Mayor Billy Kenoi delivered the keynote address.

The events were livestreamed by Na Leo TV, and could be watched over the County website and Facebook.

Mitch Roth was the first mayor to be sworn-in from Kona. Kelden Waltjen was took the oath from Hilo, officially becoming Hawaiʻi County’s youngest Prosecuting Attorney. 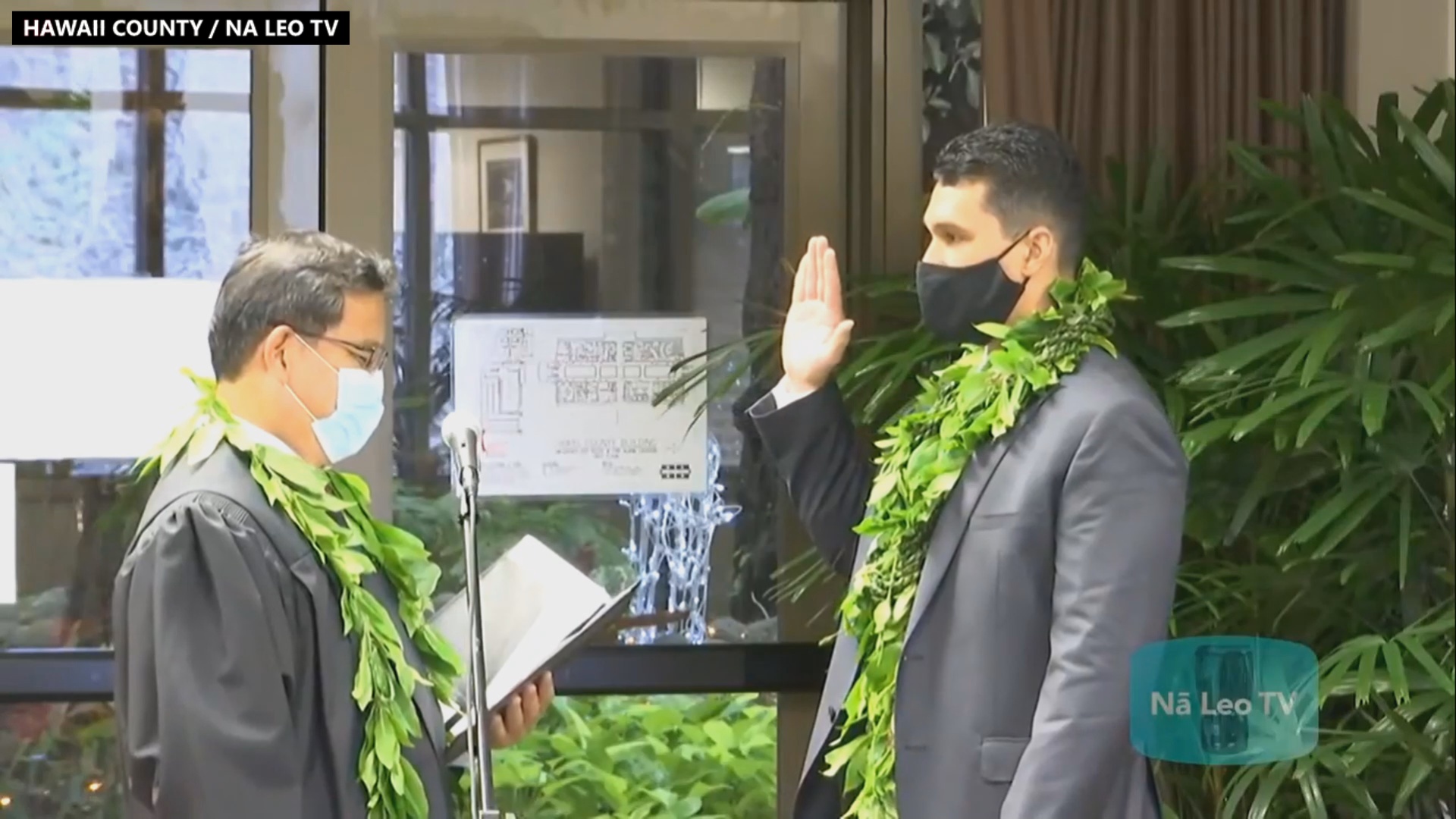 The council, split between chambers on either side of the island, coordinated their oath of office over the internet.

After the ceremony, Mayor Mitch Roth met with and spoke to the media over Zoom.