A synthesized voice was utilized in the narration for this story. Video and photos are from the USGS Hawaiian Volcano Observatory and National Park Service.

HAWAIʻI VOLCANOES NATIONAL PARK - Scientists report the activity has remained mostly the same. The eruption is still confined to the summit area with no sign of magma migrating down into the rift zones. 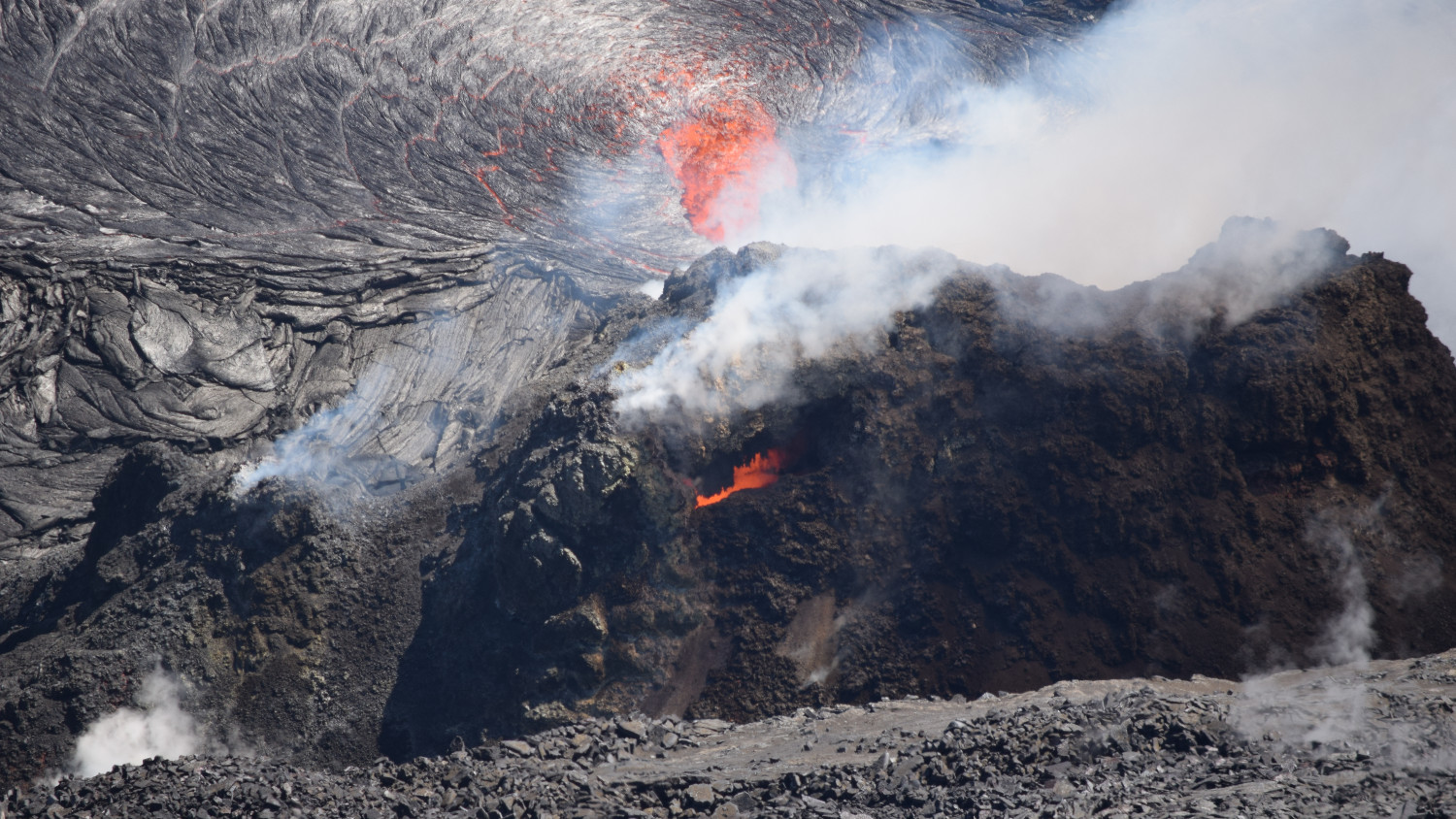 This telephoto image of the western vent was taken from the west rim of Halema‘uma‘u crater, at Kīlauea summit. An incandescent opening near the top of the cone (center) was producing rare spatter on February 12. The inlet into the lava lake is visible in the upper-center. SO2 emission rates remain elevated. USGS photo taken by L. DeSmither.

It has been one week since our last update on the current eruption of Kīlauea volcano on Hawaiʻi island.

The USGS Hawaiian Volcano Observatory reports the activity has remained mostly the same. The eruption is still confined to the summit area with no sign of magma migrating down into the rift zones.

Lava from the west vent continues to supply the lava lake within the crater below. The inlet site where lava is entering the lake has a small upwelling zone, raised slightly above the surrounding lake surface.

In this photo, taken by geologist Matt Patrick just before Valentine’s Day, the flow of the lava lake around a small island has formed a heart-shaped outline.

Only the western half of the lake is active. The eastern half is stagnant and has a solidified surface crust.

As of February 17th, the active half of the lava lake was approximately 217 meters deep, or 712 feet.

Given the depth of the crater, no molten lava is currently visible from publicly accessible areas within Hawaii Volcanoes National Park. However, the plume and nighttime glow can be seen from many areas of the park.

According to geologists, the present lava lake in the deepest part of the crater is below the lower ledges on the left side of this panorama, and the eastern down-dropped block extends to the right of the photo.

This map provides an overhead view. Scientists say the great expanse of this block, most of which dropped more than 100 meters, or 330 feet, during the in 2018 summit collapse, creates an enormous amount of space for lava to fill before spilling onto the older caldera floor. At current eruption rates, it will be years before this occurs.

As the eruption nears the two month mark, the Hawaiian Volcano Observatory continues to closely monitor Kīlauea’s seismicity, deformation, and gas emissions, and maintains visual surveillance of the summit and the East Rift Zone.