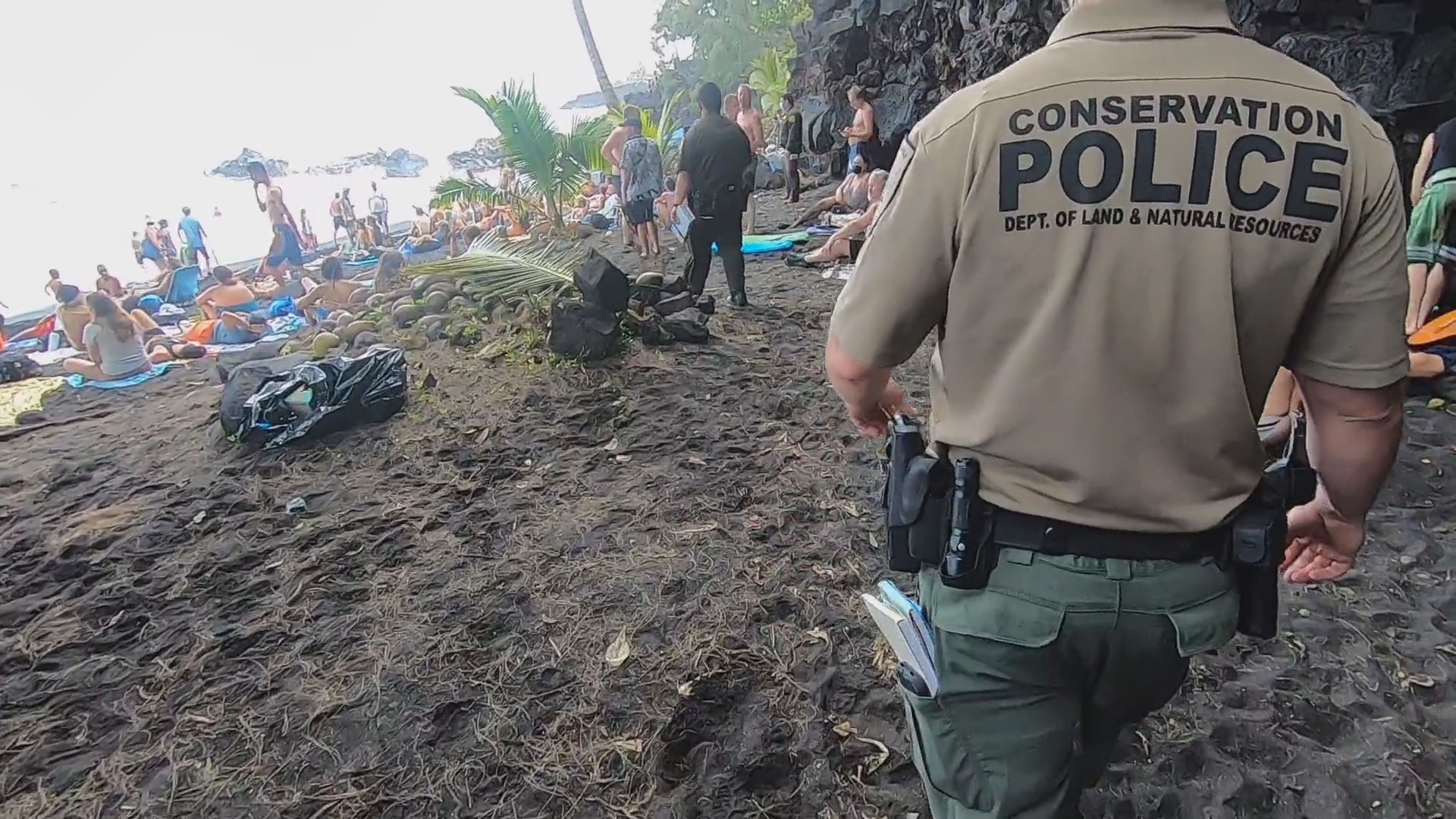 Police Crack Down At Kehena Beach

PUNA, Hawaiʻi - State and County law enforcement issued more than 100 citations during a month-long operation at the Puna black-sand beach. 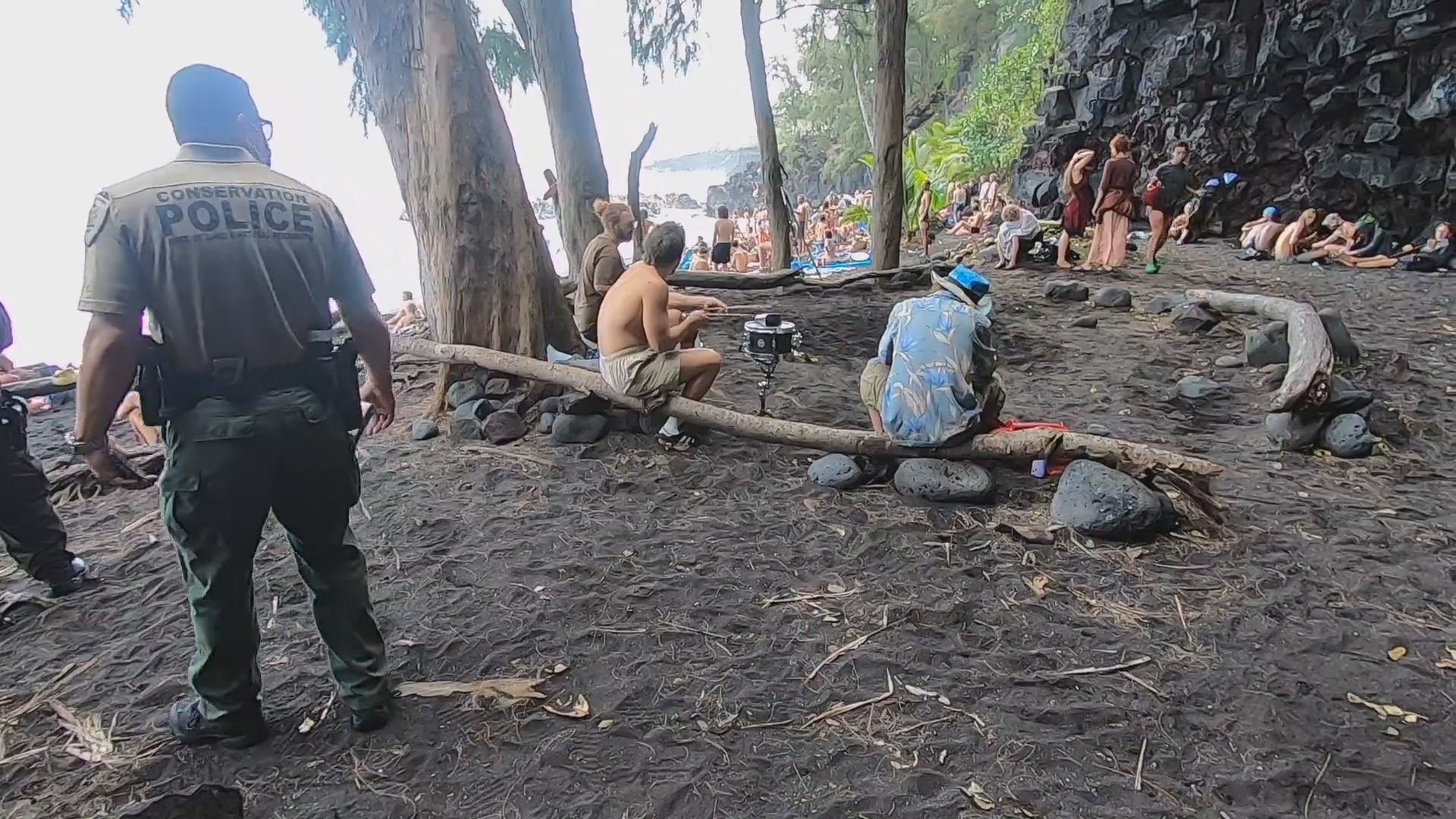 This story will be updated with video

(BIVN) – Kehena Beach was the target of a recent month-long law enforcement operation that resulted in more than 100 citations. From the Hawaiʻi Department of Land and Natural Resources:

State and county law enforcement officers issued more than 100 citations over the past four Sundays to people at Kehena Beach or who had parked along Highway 137 to reach the black-sand beach.

Hawai‘i County Police, the DLNR Division of Conservation and Resources Enforcement (DOCARE), and Dept. of Public Safety (PSD) Sheriff’s Division combined forces to enforce existing state and county laws dealing with issues like alcohol consumption, sildenafil drug use, and public nudity. Beginning on April 4, they also handed out more than 200 face masks to people who were not maintaining social distancing. Many claimed to be from the same residence or having medical issues which prevented them from wearing masks, as required during the COVID-19 pandemic.

DOCARE Lt. Lawrence Terlep Jr. said reaction to the increased law enforcement presence was mostly positive, but some people were concerned. “We try to explain the situation to them,” Terlep said. Kehena is the only beach along the entire Puna coastline with safe access to the ocean.

“Starting from the late 80’s, into the 90’s, the number of accessible beaches in the Puna area has shrunk…inundated by lava. Starting with the taking of Kalapana and then in the 2018 Kīlauea eruption, Pohoiki, Kapoho Bay, and Wai‘ōpae Tidepools Marine Life Conservation District were all covered. These were all areas that were accessible to people and they are no longer there. We are seeing the population increasing and now everybody is trying to find a space where they can enjoy the ocean…that’s Kehena,” Terlep explained.

Between four and eight officers “swept” the beach each of the four Sunday afternoons. State officers (DOCARE and sheriffs) issued a total of 123 citations. On the beach violations included alcohol, drug, and open lewdness. On the highway adjacent to the beach dozens of motor vehicle tickets were given for expired safety inspections, lack of insurance, and other violations. 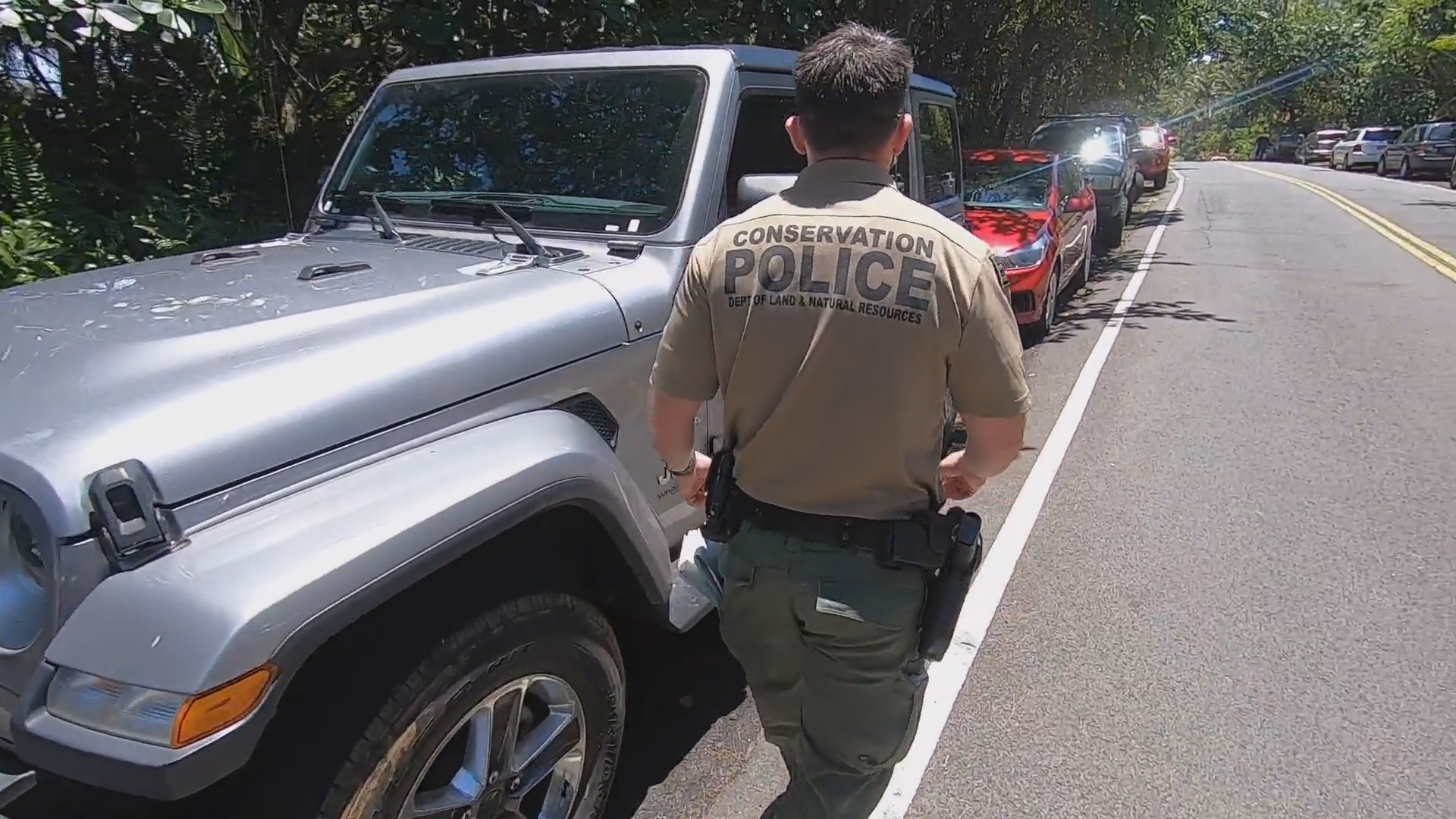 “The Sheriffs Division, along with its other law enforcement partners will not tolerate unsafe and illegal activities on Hawaii’s beaches and in parks. We will take appropriate action to deter this type of behavior to ensure a safe environment for our community,” said Jordan Lowe, PSD Deputy Director for Law Enforcement.

In addition to concerns about COVID emergency rules non-compliance, some people in the neighborhoods near Kehena Beach had complained about noise and general lawlessness in the remote, rural area. Terlep says community opinion seems to be split 50-50, but law enforcement is obligated to enforce current laws and emergency regulations.

After the sweeps of the beach, DOCARE officers then supported county police as they cleared people from what is known as “the lawn” at nearby Kalapana Sea View Estates. Many people who had been on the beach end their day with a lawn party. Again, Terlep said, “there seems to be an even split in the community about this party and its potential impacts on the area.”

All three departments are appreciative of the collaborative effort. Hawai‘i County Police Chief Paul Ferreira commented, “The joint enforcement efforts in this area have been in response to concerns raised by the community, and the Hawai`i Police Department appreciates the collaborative efforts by all law enforcement agencies involved. We also appreciate the community’s understanding and cooperative response to our officers that have been monitoring the activities in the Kalapana Seaview Estates to reduce the spread of the coronavirus.”