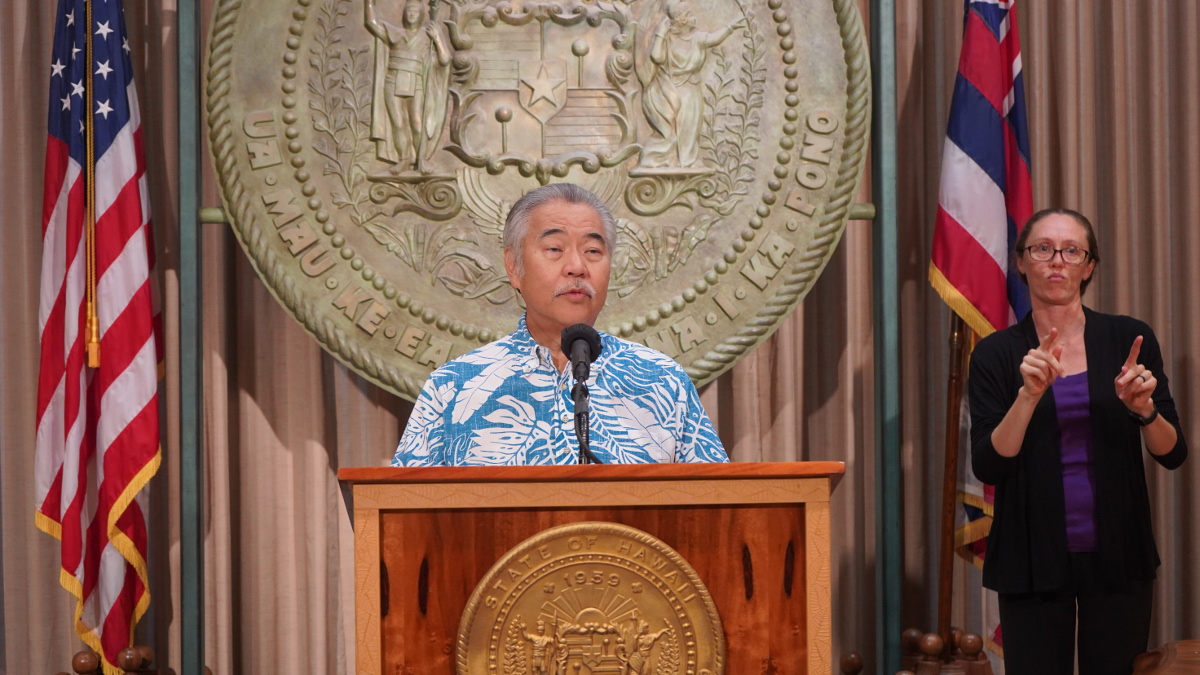 HONOLULU, Hawaiʻi - Hawaiʻi no longer needs to take some of the extraordinary revenue actions that were proposed this legislative session, Governor Ige said.

(BIVN) – Governor David Ige announced on Tuesday that he has vetoed 26 of the 28 bills on his Intent to Veto list.

“There are more bills than usual on the list this year, for two pandemic-related reasons, and the Legislature had no control over the timing of either,” said Gov. Ige, who sent a Statement of Objections for each of the 26 bills to the Hawai‘i State Legislature. According to the Office of the Governor:

First, the state’s economic position is much brighter than it was at the start of this year’s legislative session, and federal COVID-19 relief funds have significantly helped the state address pandemic relief efforts. Also, the return of visitors to the State of Hawaii led the Council on Revenues to increase its general fund revenue projections by $6.1 billion over a seven-year period.

“This means we no longer need to take some of the extraordinary revenue actions that were proposed this legislative session,” Gov. Ige said.

Second, the state did not receive the U.S. Treasury guidance regarding allowable uses of the federal rescue funding until after the legislative session ended on April 29.

“To comply with the Treasury’s guidance, I am forced to veto several bills, leaving a gap in the state’s budget that must be addressed,” said Gov. Ige. “I will be working with the House and Senate to resolve this issue. It is critical that we forge an agreement — otherwise, we will be unable to move forward with the new CIP projects that were included in HB200 – Relating to the State Budget.

HB53 – Relating to State Bonds and HB54 – Relating to the State Budget, and two line-items in HB200 were vetoed because they appropriated federal relief funds for uses that were subsequently prohibited by U.S. Treasury Guidance.

HB613 – Relating to Education was vetoed because of concerns about compliance with federal guidelines for spending rescue funds. Hawai‘i is the only state in the country with a state education agency that is also a local education agency. According to guidance issued by the U.S. Department of Education, state legislatures do not have the ability to limit a local education agency’s use of funds appropriated through the CARES Act or ARPA.

“For this reason, I have vetoed HB613. We cannot risk having to pay money back to the federal government,” Gov. Ige said.

Gov. Ige vetoed other bills because of concerns about policy and implementation.

HB862 – Relating to State Government makes significant funding and functional changes to the Transient Accommodations Tax and the Hawai‘i Tourism Authority. The bill is being vetoed because of concerns that the measure will severely damage HTA’s ability to refocus its efforts beyond marketing, to destination management.

“Now more than ever, we need to strike a more sustainable balance with respect to tourism’s impact on our communities across the state,” Gov. Ige said.

The lack of special fund appropriation makes it impossible to re-establish convention activity in Hawai‘i. This is vital to developing a more sustainable tourist industry based on quality, not quantity of visitors.

The bill does not allow for long-term planning and the execution of a strategic plan for the operations of the Hawai‘i Tourism Authority and the Hawai‘i Convention Center.

In addition, the counties would be unable to administer the new county TAT tax because the bill does not provide for how it is to be levied, assessed, and collected.

The Statement of Objections for all vetoed bills can be found here.

HB817 – Relating to Agriculture was taken off the veto list and signed into law on Friday, July 2. The initial concerns included budget costs and operational impacts for some state departments. However, it was determined that the bill would help create demand for local food products, which supports Gov. Ige’s goal of doubling local food production across the state.