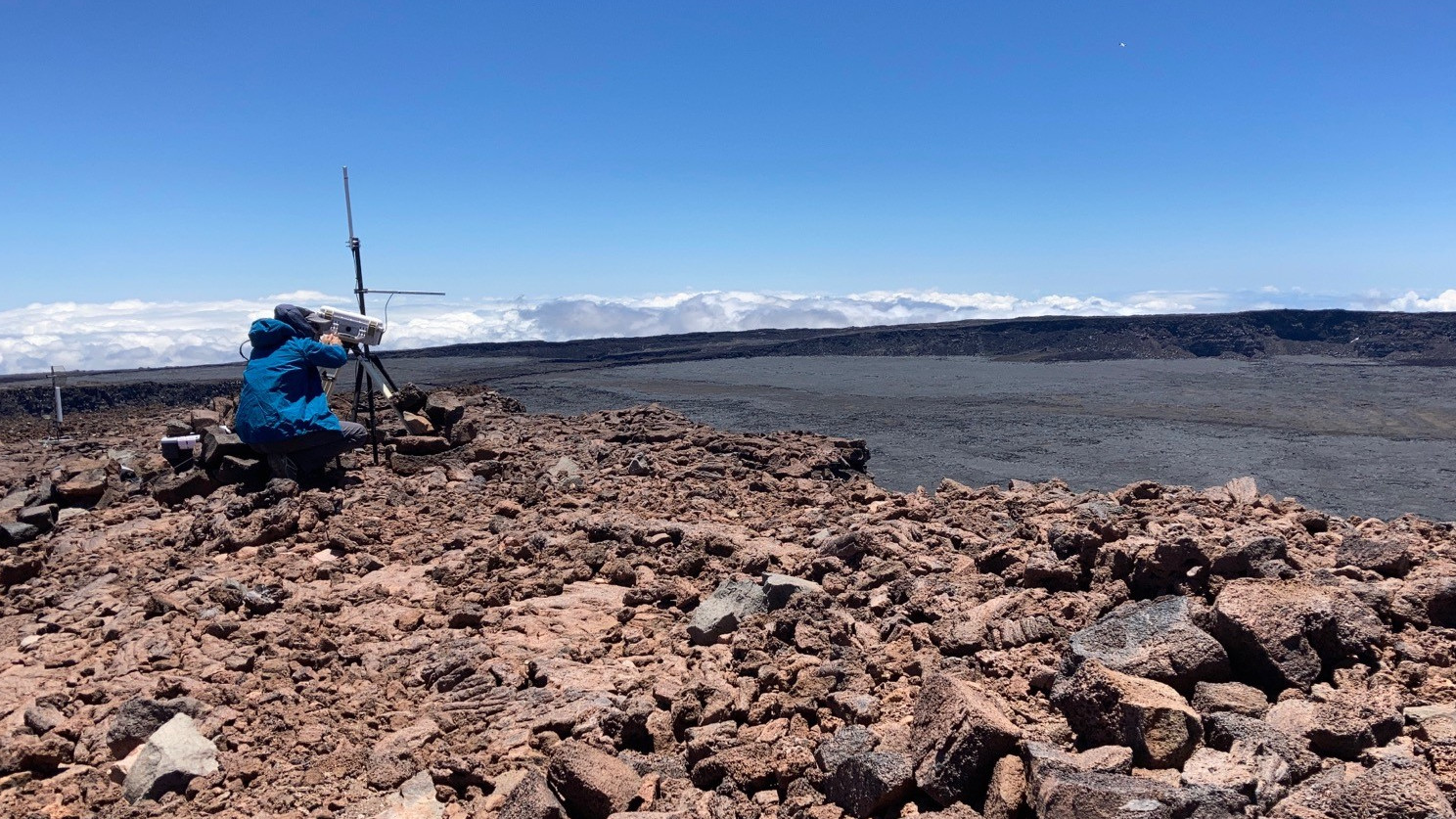 A USGS Hawaiian Volcano Observatory geologist inspects the thermal camera at the summit of Mauna Loa on May 15, 2021. USGS photo.

(BIVN) – Mauna Loa is not erupting. In its weekly update, the USGS Hawaiian Volcano Observatory reported rates of seismicity at the summit remain slightly elevated and above long-term background levels.

The Mauna Loa Volcano Alert Level is at ADVISORY, which does not mean that an eruption is imminent or that progression to an eruption from the current level of unrest is certain. Scientists wrote on Thursday:

During the past week, HVO seismometers recorded approximately 147 small-magnitude (below M2.5) earthquakes below Mauna Loa. 46 of these occurred beneath the summit and upper-elevation flanks of the volcano, and 90 were located under the volcano’s southeast flank. The majority of these earthquakes occurred at shallow depths less than 8 kilometers (~5 miles) below sea level.

Global Positioning System (GPS) measurements show low rates of deformation in the summit region continuing through the past week.

Gas concentrations (0 ppm SO2; up to 4 ppm H2S) and fumarole temperatures (below 100°C/212°F) at both the summit and at Sulphur Cone on the Southwest Rift Zone remain stable.

USGS HVO says webcam views have shown no changes to the volcanic landscape on Mauna Loa over the past week, and there is no indication of an increased volcanic hazard at this time.