A synthesized voice was utilized in the narration for this story. Video and images courtesy USGS Hawaiian Volcano Observatory.

HAWAIʻI ISLAND - Scientists say there is an indication that the volcano's inflation center may have shifted slightly to the southern part of the summit caldera. 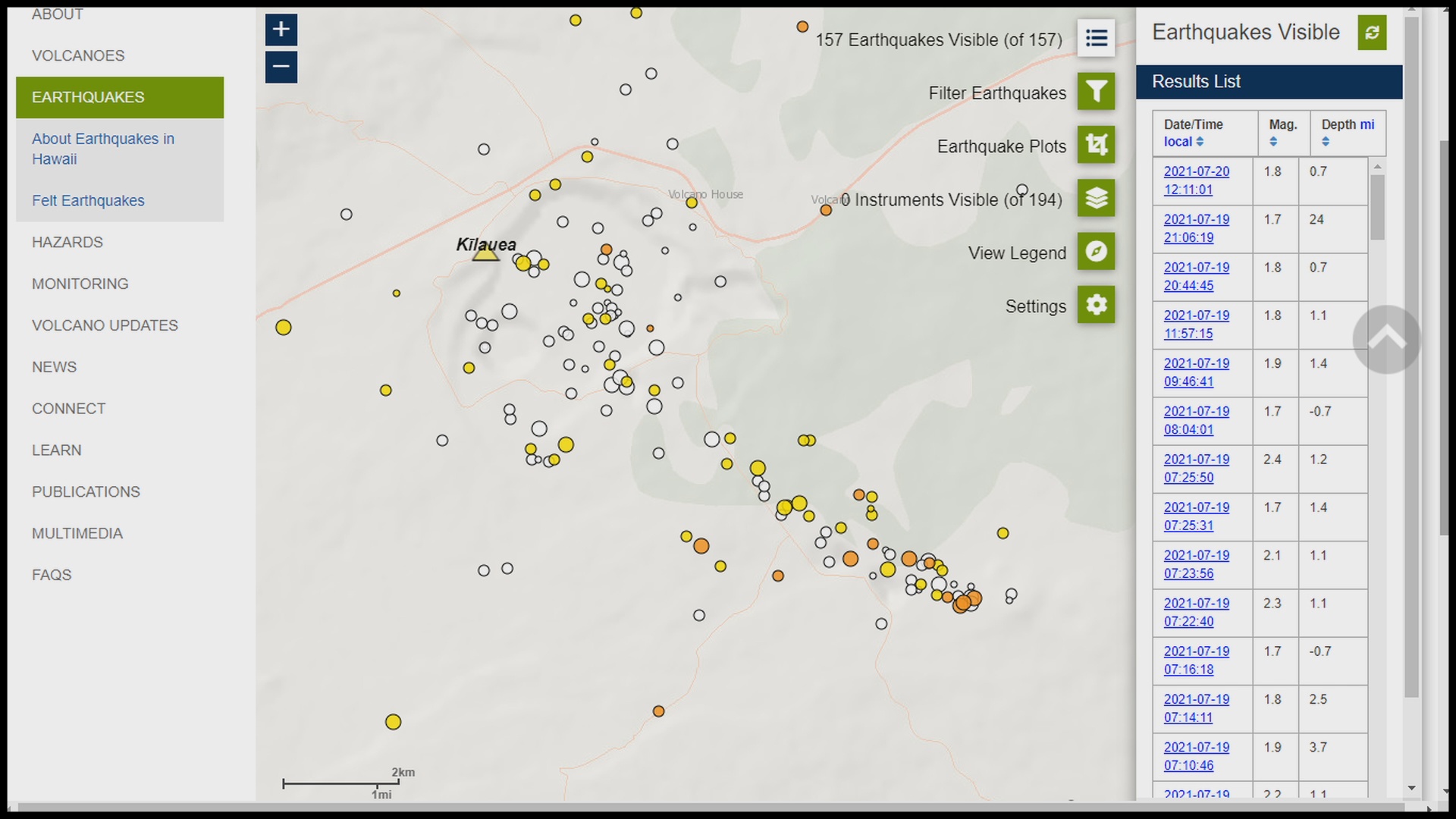 The Hawaiʻi island volcano is not erupting. Kīlauea remains at an advisory alert level. Scientists continue to say it is possible eruptive activity could resume at the summit, or perhaps the volcano is entering a period of quiescence prior to the next eruption.

The summit lava lake surface remains completely covered by solidified crust. No surface activity has been observed over the past week, and active lava has not been detected at the summit since the most recent eruption paused on May 23rd. 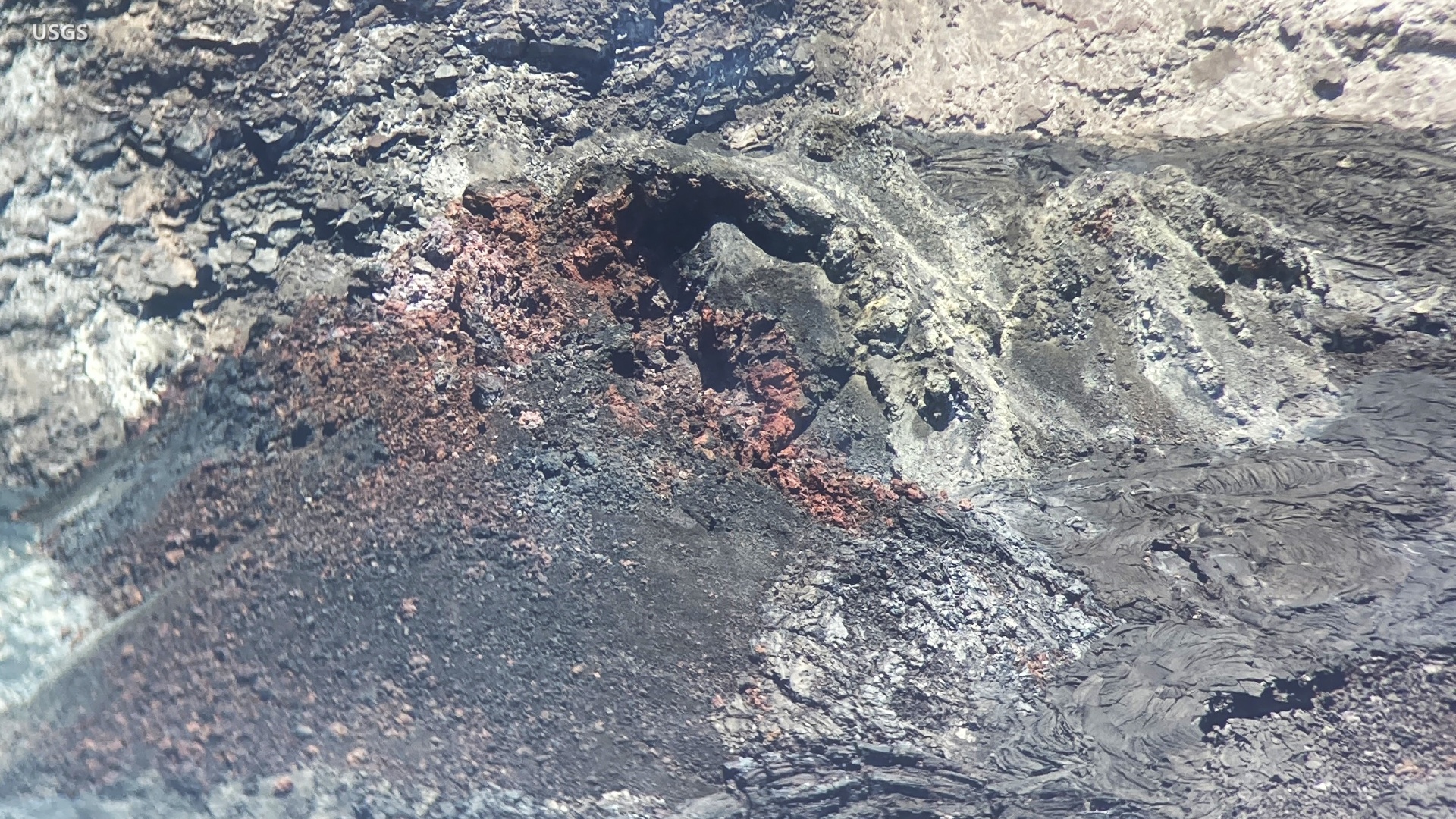 USGS photo: This close-up view of the western fissure within Halema‘uma‘u at the summit of Kīlauea was captured on Friday, July 16, 2021.

This close-up view of the inactive western fissure at the summit caldera was captured this past Friday. For scale, the top of the fissure complex was measured to be standing approximately 20 meters, or sixty-six feet, above the surrounding lava flows.

Seismicity has slowly increased in recent weeks, with continued summit inflation over the past several months, and one deflation-inflation cycle over the past week. There is an indication that the inflation center may have shifted slightly to the southern part of the caldera. Seismicity has not yet reached the levels detected immediately prior to the December 2020 eruption. 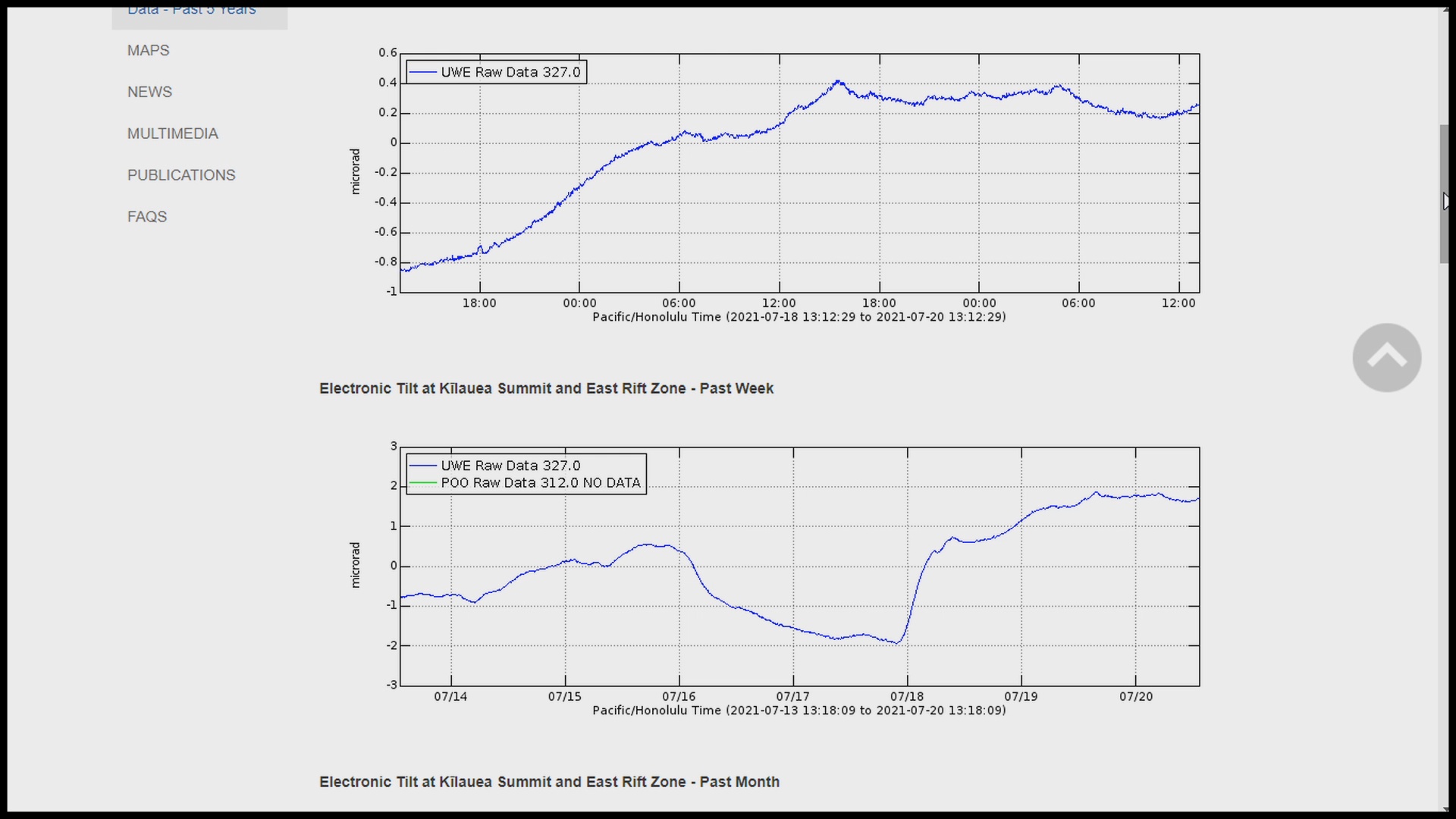 The sulfur dioxide emission rate is down to about 60 tonnes per day. The measurement is approaching levels associated with the non-eruptive period from late 2018 to late 2020. Scientists also report no unusual activity on Kīlauea’s East Rift Zone.

For now, the Hawaiian Volcano Observatory will continue to closely monitor Kīlauea, and issue weekly updates every Tuesday.