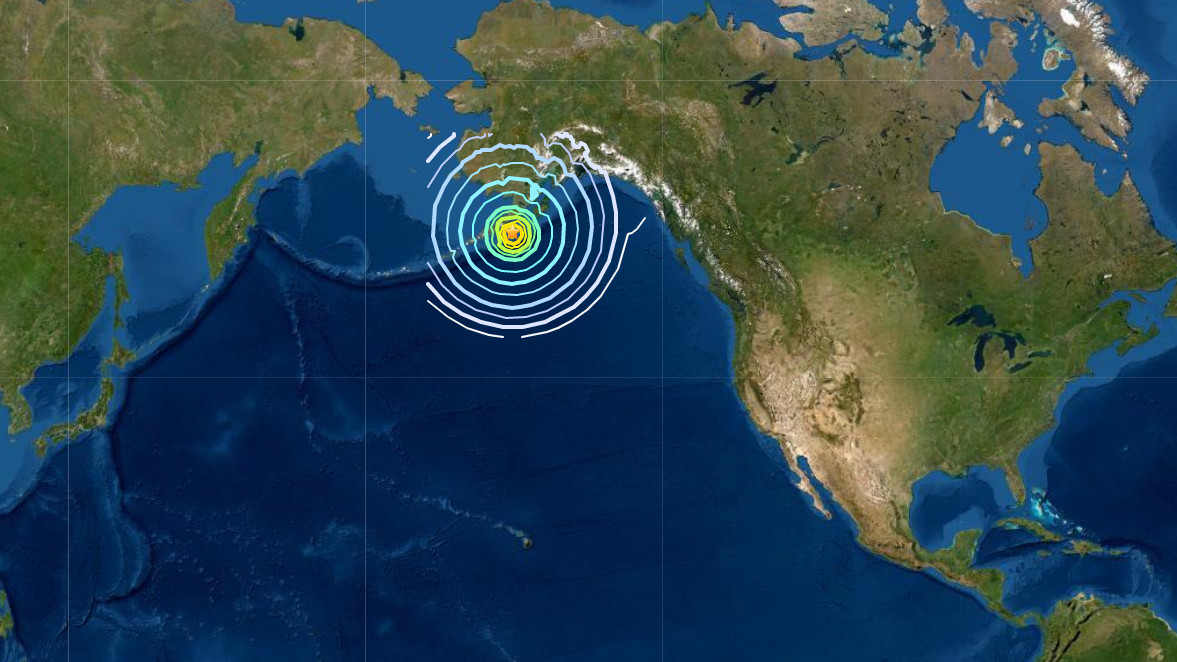 Image from interactive map by USGS showing location of the Magnitude 8.2 earthquake off Alaska

Tsunami Watch Cancelled For Hawaiʻi After Magnitude 8.2 Earthquake Off Alaska

HAWAIʻI ISLAND - Emergency officials cancelled the Tsunami Watch for the State of Hawaiʻi as of 9:54 p.m. HST.

“This will be the final message issued for this event unless additional data are received,” the PTWC said.

The State of Hawaiʻi was under a Tsunami Watch as of 8:25 p.m. HST, following a Magnitude 8.2 earthquake off Alaska.

According to a message from the Pacific Tsunami Warning Center: “Based on all available data, a tsunami may have been generated by this earthquake that could be destructive on coastal areas even far from the epicenter. An investigation is underway to determine if there is a tsunami threat to Hawaii.” The Tsunami Watch was then cancelled at 9:54 p.m. HST.

Hawaiʻi County officials called for a heightened level of alert for Hawaiʻi Island residents while the Tsunami Watch was in effect. Residents were asked to remain attentive to the radio for Civil Defense Administration messages through the evening, and told “citizens in and around the Downtown Hilo, Keaukaha, Banyan Drive, and other shoreline areas are asked should remain vigilant.”

The USGS provided this “Tectonic Summary” of the earthquake:

The July 29, 2021, (July 28, 2021 local time) M8.2 earthquake southeast of Perryville, Alaska (south of the Alaska Peninsula), occurred as the result of thrust faulting on or near the subduction zone interface between the Pacific and North America plates. The preliminary focal mechanism solution indicates rupture occurred on a fault dipping either shallowly to the northwest, or steeply to the southeast. The location, mechanism and depth – and the large size of the event – are all consistent with slip occurring on the subduction zone interface between the two plates. At the location of this event, the Pacific plate converges with North America to the northwest at a rate of about 64 mm/yr, subducting at the Alaska-Aleutians trench ~125 km to the southeast of the earthquake.

While commonly plotted as points on maps, earthquakes of this size are more appropriately described as slip over a larger fault area. Reverse faulting events of the size of the July 29 earthquake are typically about 200×80 km in size (length x width).

The Alaska-Aleutian Trench also hosted the second largest earthquake recorded by modern seismic instrumentation, the M9.2 March 27 1964 earthquake, which ruptured to within about 250 km of this event, at the eastern end of the 1938 rupture area. The 1938 event produced a small tsunami that was recorded both locally and in Hilo, Hawaii. The remote location of the earthquake resulted in little impact to people and infrastructure.