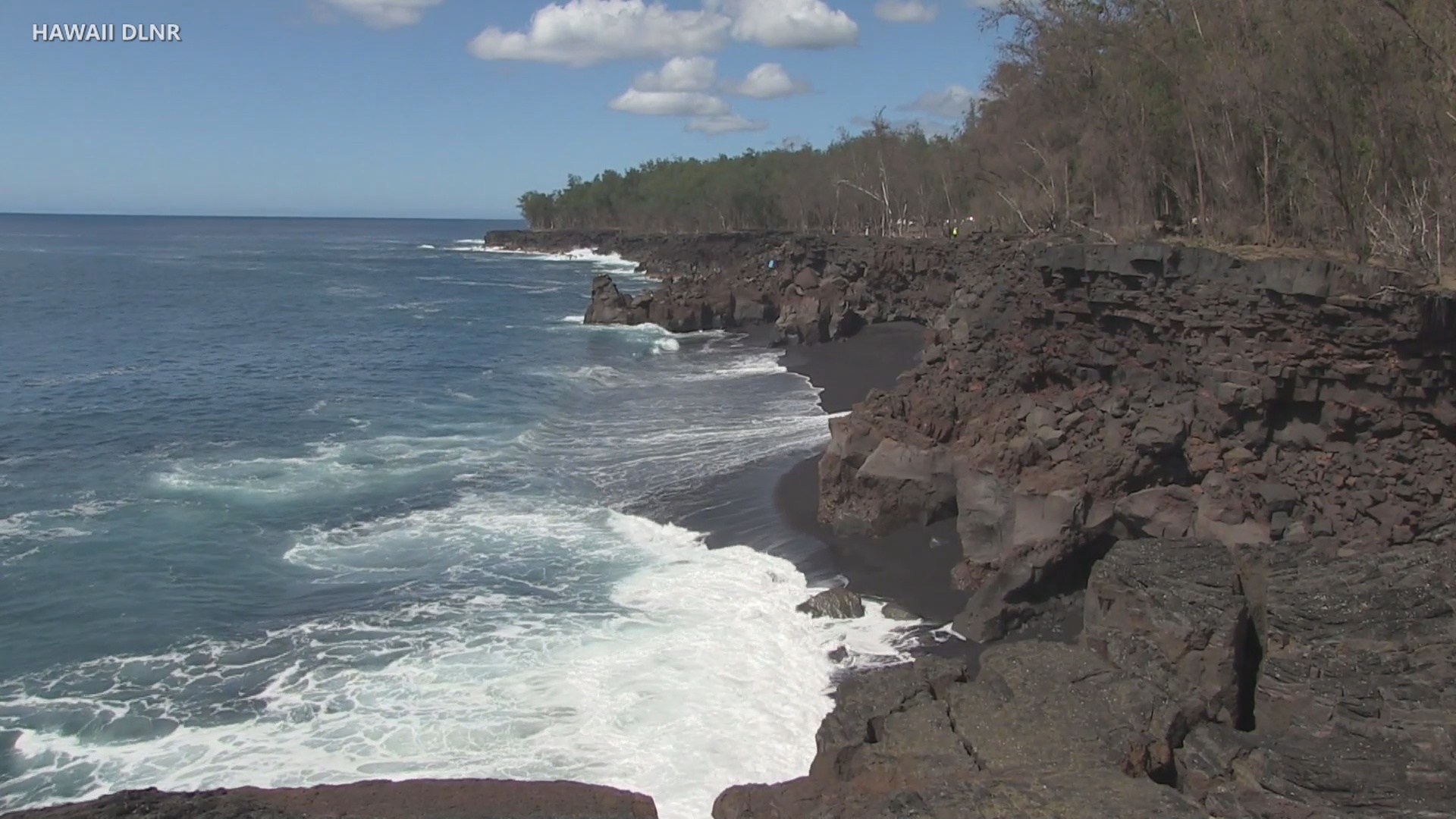 PUNA, Hawaiʻi - A fisherman reported finding the body on the rocks near the shore break at of MacKenzie State Recreation Area.

(BIVN) – Hawaiʻi Island police are investigating a homicide, following the discovery of a body at Puna’s MacKenzie State Recreation Area on Saturday, July 31.

Shortly after 4:00 p.m., Puna patrol officers responded to the MacKenzie State Recreation Area after a fisherman reported locating a body on the rocks near the shore break.

Area I Criminal Investigation Section detectives responded to the scene to continue the investigation. Hawai’i Fire Department personnel assisted in repelling approximately 15 feet down the cliff to retrieve the decomposing remains. The victim was transported to the Hilo Medical Center for official pronouncement of death. Police believe the body had been there for approximately a week.

An autopsy was performed on Tuesday morning, August 3, and the forensic pathologist concluded that the victim died as a result of a gunshot wound to the head, and the manner of death was ruled homicide.

Due to the advanced stage of decomposition, positive identification is pending.