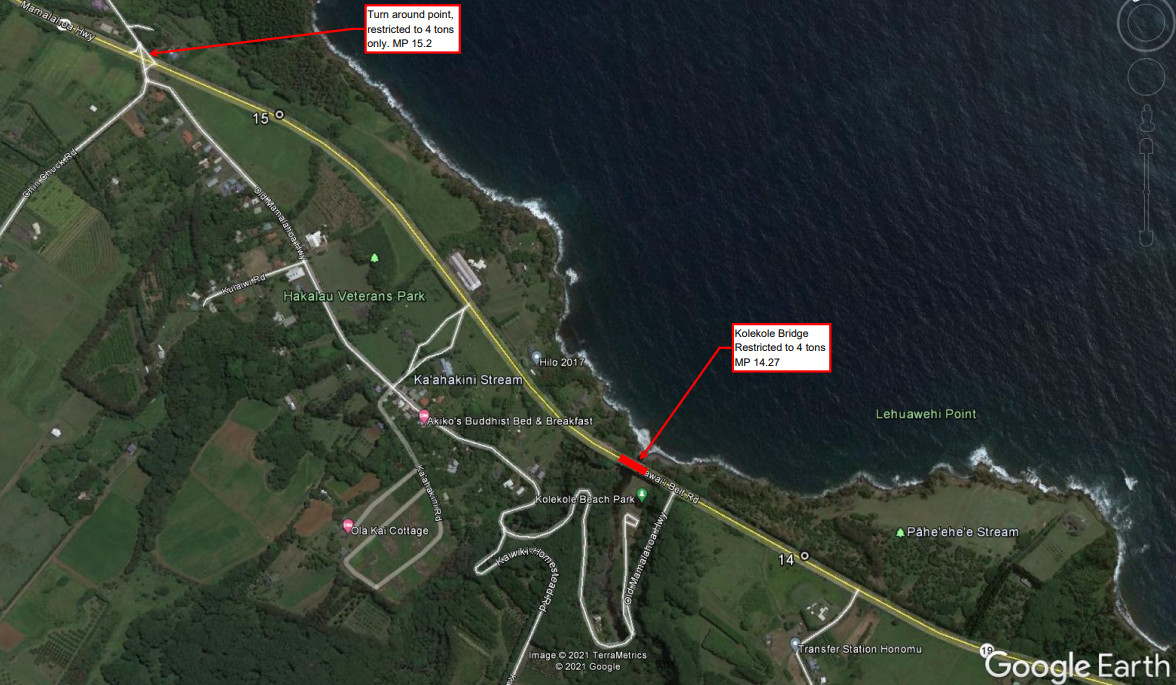 A map showing the location of the bridge and the Hāmākua-side turn around area, courtesy Hawaiʻi Department of Transportation. 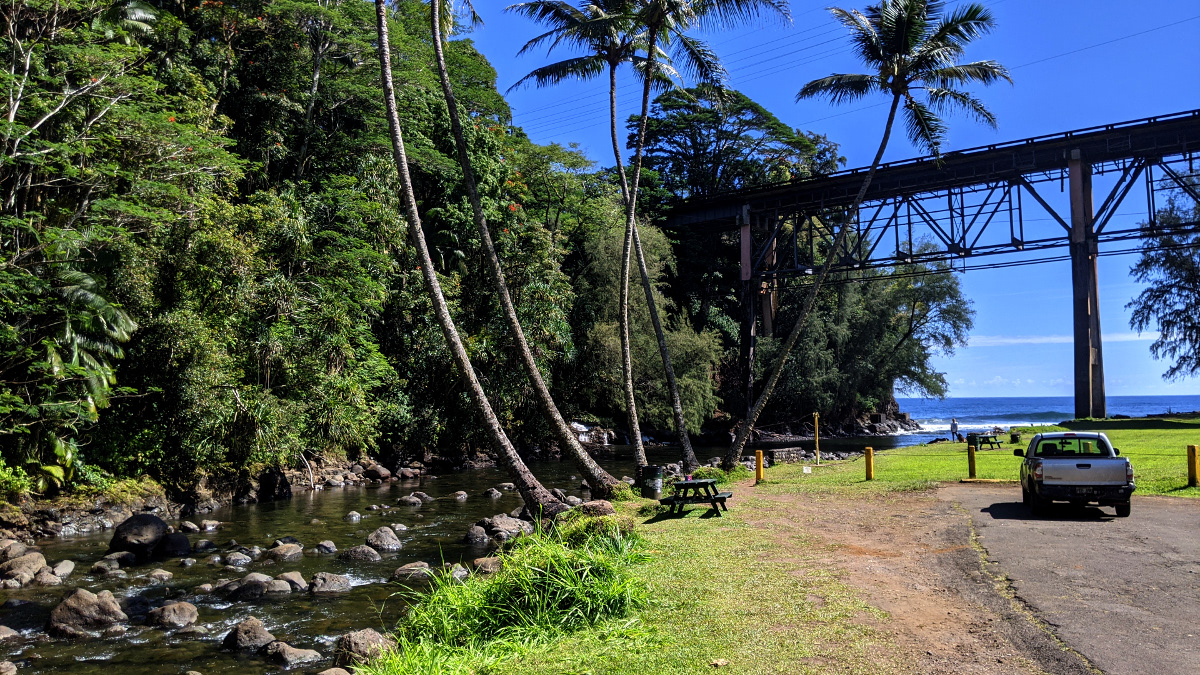 file photo of Kolekole Bridge as seen from Kolokole Park

(BIVN) – The allowable weight rating for vehicles traversing Kolekole Bridge on Highway 19 has been reduced to 4 tons, effective immediately.

The Hawaiʻi Department of Transportation on Wednesday announced that it is reducing the allowable weight rating for the Hawaii Belt Road bridge, which stands high over Kolekole Park, until further notice. The Hawaiʻi DOT said it planned to post signs advising of the new restrictions and a lowered speed limit of 25 mph over the bridge.

From the Hawaiʻi DOT:

Kolekole Bridge at Milepost 14.27 was being monitored due to bridge inspection findings. The weight restriction and lowered speed limit will allow HDOT to continue to permit access to the route for most passenger vehicles, which typically weigh two tons. Staff will be posted at the bridge to alert drivers to the weight limit and direct them to turn around points at the highway’s intersections with Chin Chuck Road on the west side of the bridge and Banyan Tree Road on the east side. 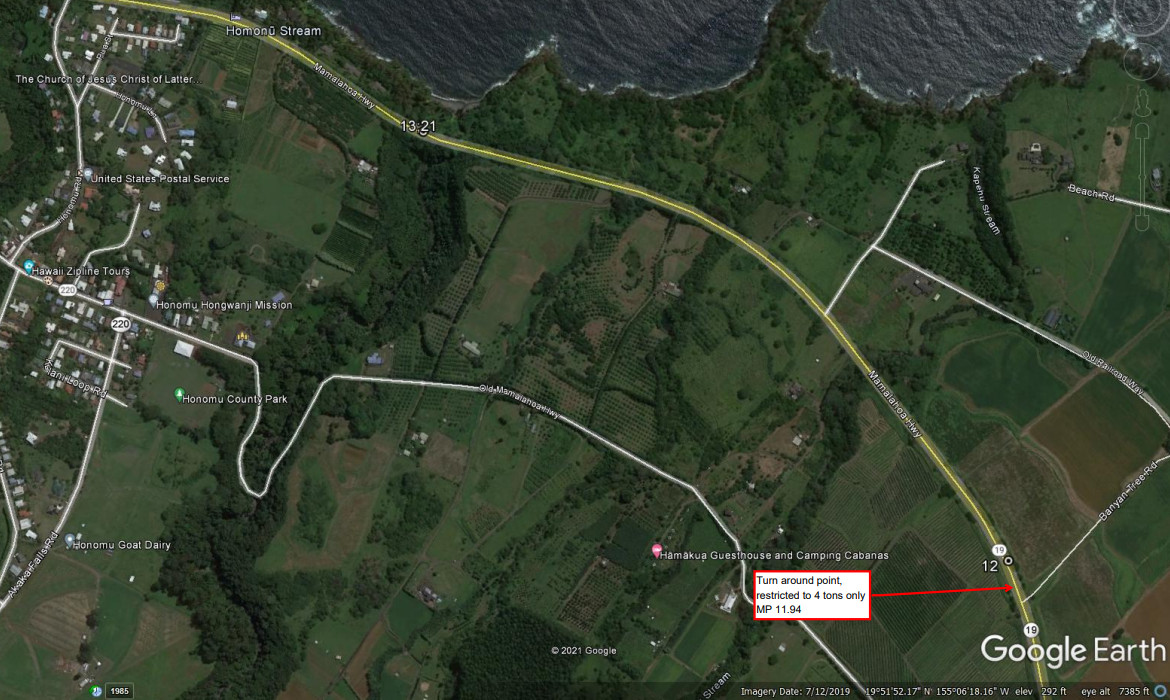 A map showing the location of the Hilo-side turn around area, courtesy Hawaiʻi Department of Transportation.

Vehicles with a combined weight (including load) over four tons will not be allowed to pass over Kolekole Bridge. This may affect emergency vehicles, buses, tractor trailers and passenger vehicles towing loads where the combined weight of the vehicle and the load exceeds four tons. HDOT will notify county emergency response and public transit agencies.

Engineers will be conducting additional analysis to see if the weight restriction can be adjusted or modified. Emergency repairs are being planned for Kolekole Bridge. The estimated timeline for repairs is between three- and four-months pending availability of construction materials.

The Hawaiʻi County Civil Defense followed up with a radio message, saying personnel “will be at the bridge to alert drivers of the conditions,” and to “please use Saddle Road or Highway 11 for your cross island travel.”