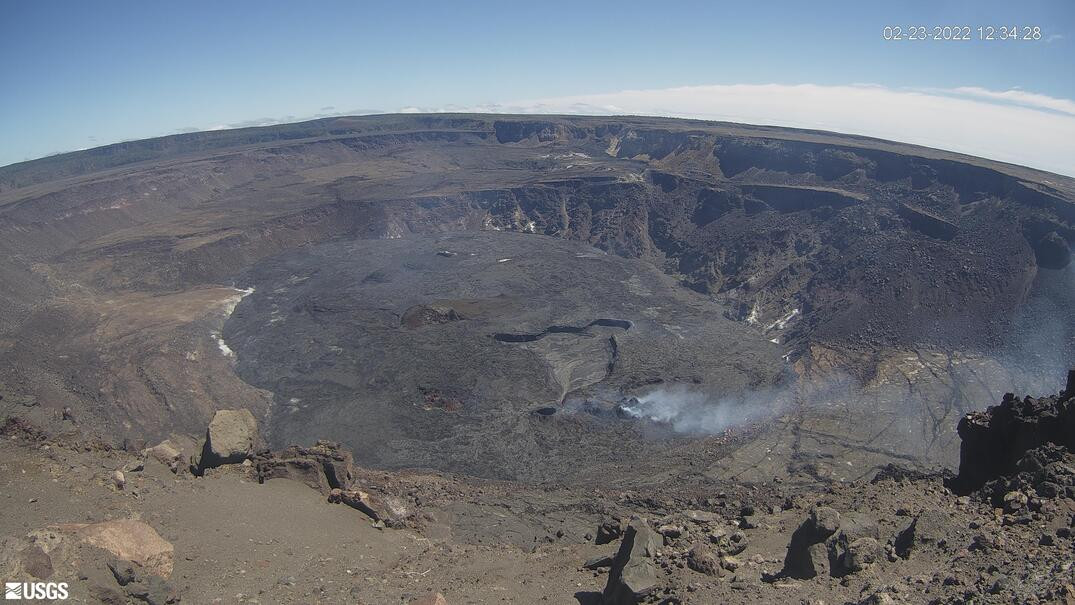 HAWAIʻI VOLCANOES NATIONAL PARK - These reports are intended to give Hawaiʻi Volcanoes National Park staff and visitors an idea of likely lava activity for the coming evening.

(BIVN) – In addition to the daily morning updates on the Kīlauea eruption, the USGS Hawaiian Volcano Observatory says it will now issue a second, brief “Status Report” around 3 p.m. HST every day.

“The addition of afternoon status reports does not reflect a change in hazards,” HVO scientists wrote on Wednesday. “These reports are intended to give Hawaiʻi Volcanoes National Park staff and visitors an idea of likely lava activity for the coming evening.”

Due to frequent pauses in the eruption and “the highly variable nature of the lava lake activity within Halema‘uma‘u crater,” the morning update is sometimes out-of-date by the time visitors head out for evening volcano viewing.

As of this morning, the summit eruption of Kīlauea – which began on September 29th, 2021, and has evolved over the months into the present off-again, on-again pattern of activity – has continued with slight fluctuations in lava output over the past 24 hours.

By the Wednesday’s 3 p.m. update, however, the USGS HVO reported:

The deflation at the summit of Kīlauea Volcano that was mentioned in this morning’s HVO Daily Update has slowed and has led to a near pause of the eruption at the time of this notice. The level of the lava lake has dropped significantly, and the surface is currently about 50% crusted over. Based on previous observations, lava will likely not be on the surface of the active lava lake this evening.