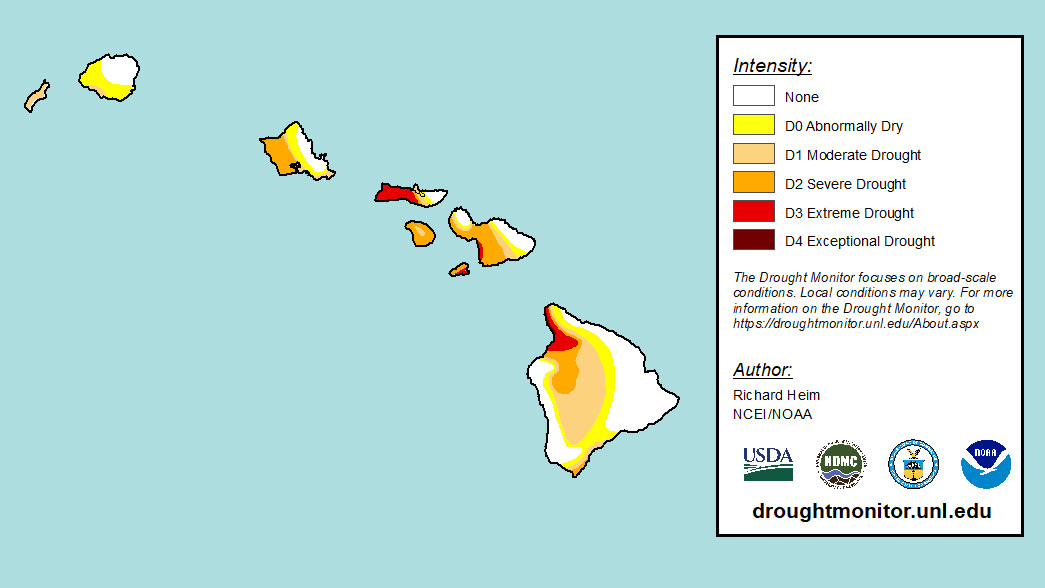 HAWAIʻI - Probabilities favor La Niña persisting through the rest of the year, forecasters say, expanding areas of exceptional drought on the Big Island.

(BIVN) – Dry conditions are expected to continue for parts of Hawaiʻi island into the summer season, forecasters announced this week, as La Niña conditions persist in the Pacific.

The National Weather Service on Wednesday gave its 2022 dry season outlook, saying that the NOAA Climate Prediction Center models favor “below normal precipitation through the dry season and possibly into the early part of the next wet season”.

The Hawaiʻi dry season runs from May through September.

This past wet season in Hawaiʻi recorded near-to-below average rainfall, and saw severe to extreme drought conditions return to the leeward areas of Oʻahu, Maui County, and the Big Island. 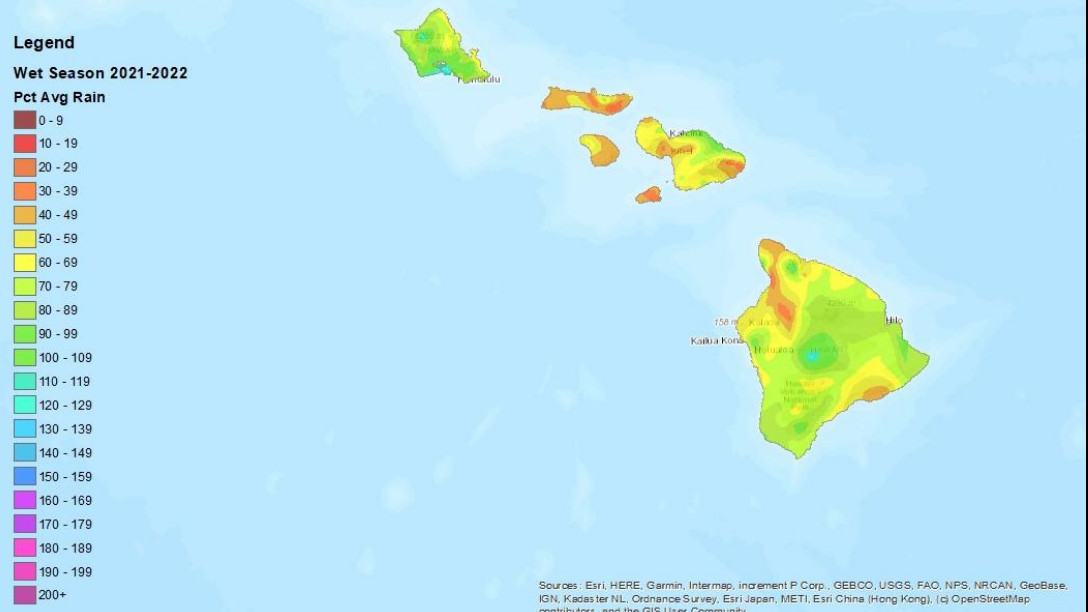 Windward areas could also see below average rainfall statewide, resulting in possible pockets of moderate to severe drought in those areas. “For windward areas, summer drought often involves a normal number of days with rainfall, but a lower than normal amount of rain per day,” the NOAA officials said. “Supply systems dependent on surface water and rain catchment will be most vulnerable.”

Significant wildfire risk expected to develop much earlier than the normal, in the late-July to early-August time frame, weather experts warn. Leeward areas will have the highest risk, they say.

NOAA says there is a “slightly lower chance of return back to ENSO-neutral briefly in the summer before returning to La Niña in the fall,” and would be only the third time in 50 years that La Niña conditions occurred three years in a row.