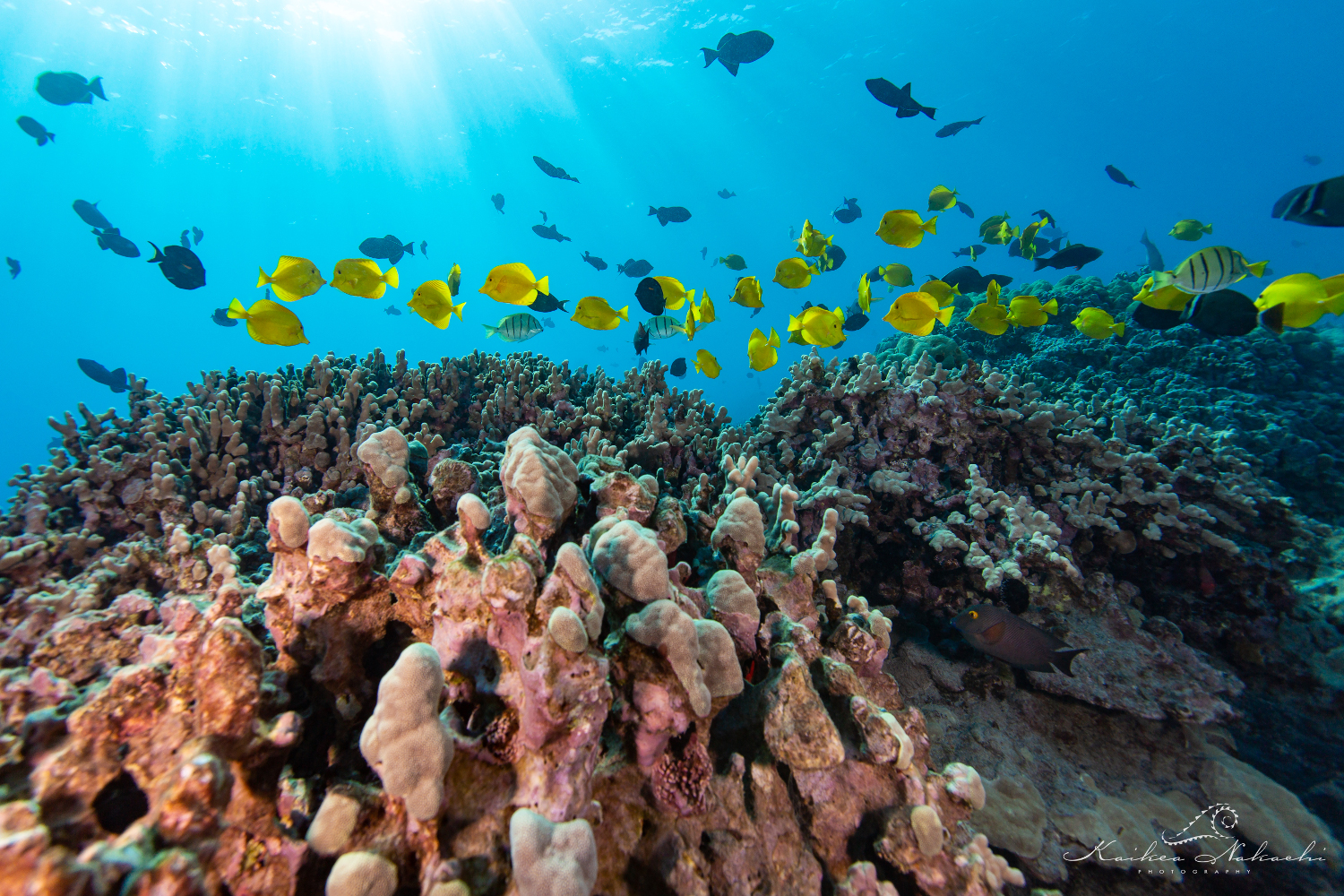 (BIVN) – Fish populations within the Ka‘ūpūlehu Marine Reserve in West Hawaiʻi are showing a dramatic increasing after just four years of a decade-long rest.

According to the Ka‘ūpūlehu Marine Life Advisory Committee , or KMLAC, there has been a:

From a joint news release:

These data suggest the rest period is giving fish populations a chance to recover from decades of decline. “We didn’t want to wait until the fish were gone, and then try to fix it,” says Hannah Kihalani Springer, Kamaʻāina of Ka‘ūpūlehu and one of the founding members of the KMLAC. “We knew that if we waited now, we could see a return of abundance in our lifetimes.” 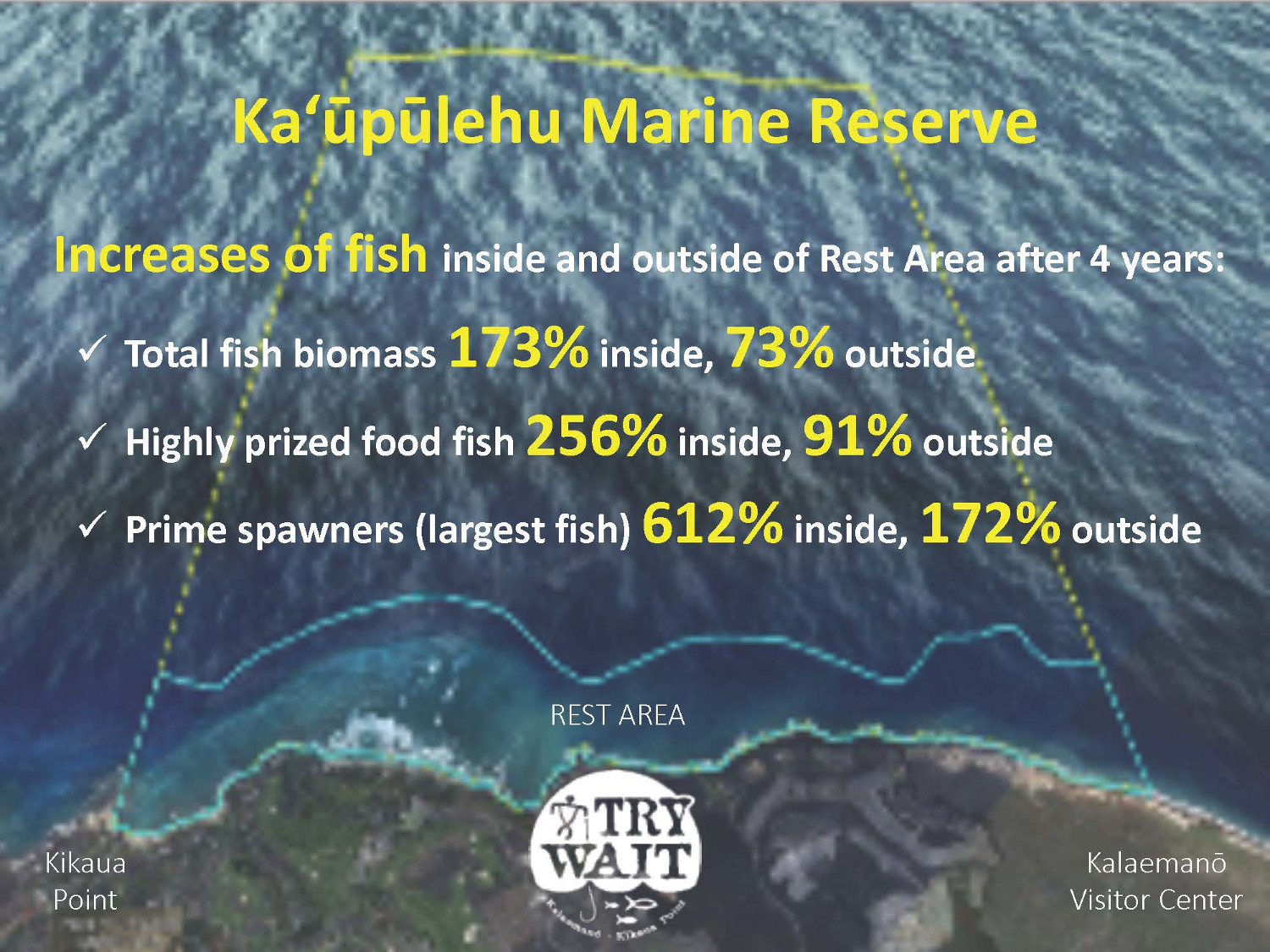 To enable sustainable harvest after the area is re-opened to fishing in 2026, the KMLAC is working with DAR and The Nature Conservancy (TNC) to develop a sustainable fisheries management plan. “I want Ka‘ūpūlehu to feed my children and grandchildren just as it fed the generations that came before us,” says Springer. “Our goal is to start fishing again from a place of abundance – to ensure there are enough fish on the reef to feed our families and keep the reef and fishery healthy and thriving.”

TNC scientists have been surveying the reefs at Kaʻūpūlehu since 2009 and have measured significant increases in fish biomass since the rest area was established in 2016. According to TNC’s Hawai‘i and Palmyra Marine Science Director, Dr. Eric Conklin, “There was a significant recruitment event in 2014 that boosted fish numbers in many areas across the state, including at Ka‘ūpūlehu. Our data clearly show that the lasting effects of that increase are significantly larger inside the rest area than outside and confirm our expectations for the pace of recovery of fast-growing species. We remain confident that the 10-year rest period will provide sufficient time for slower-growing species to recover as well. In the meantime, the data we collect can help the KMLAC create a customized sustainable fisheries management plan that meets the needs of the community and maintains the gains of the rest period.” 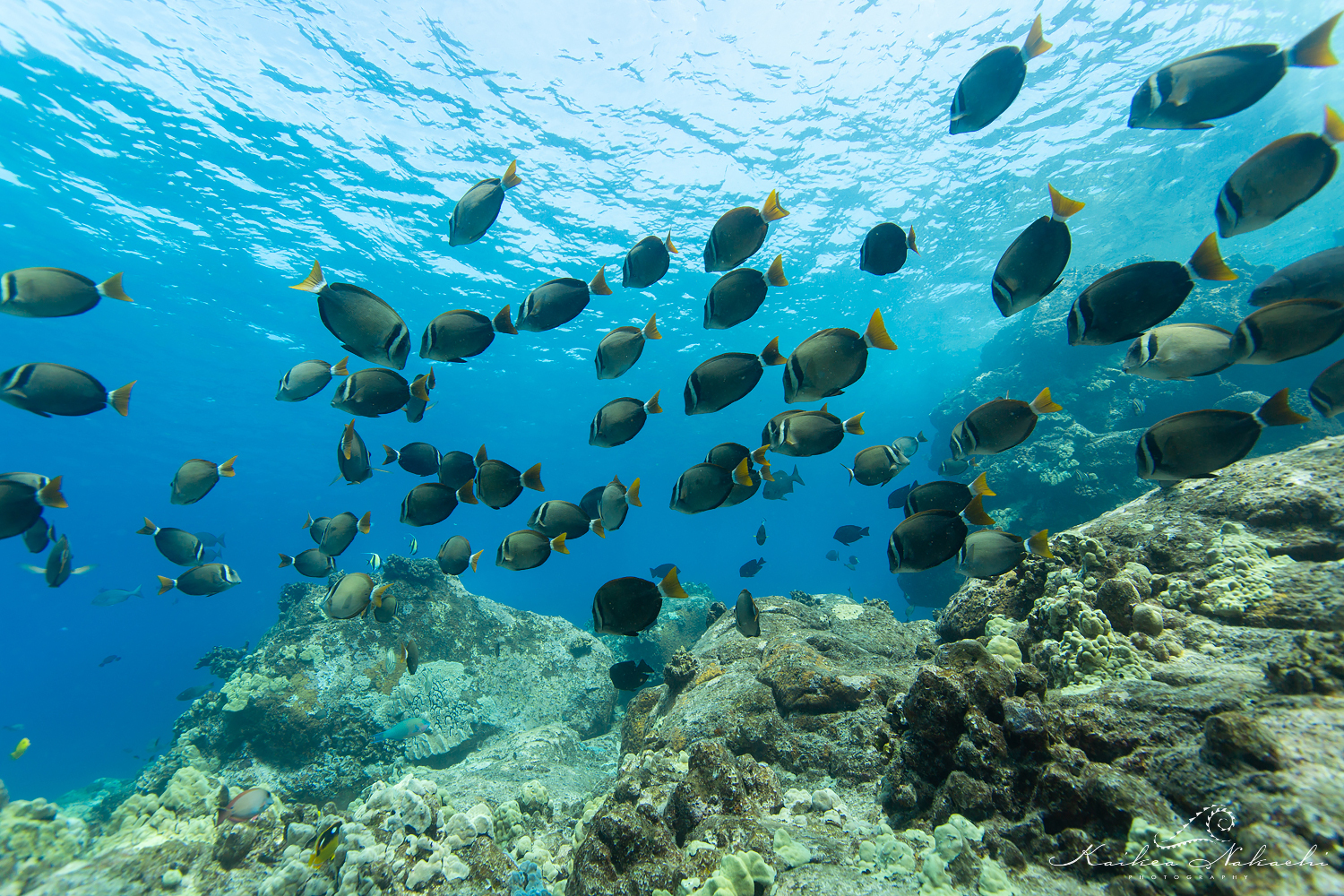 According to TNC’s Hawaiʻi Island Marine Program Director, Rebecca Most “The community’s fishery plan is the first of its kind in Hawaiʻi, incorporating the latest conventional fisheries science with traditional science and management practices to ensure long-term sustainability. We hope it can provide an example for other communities interested in co-managing nearshore fisheries with the State.”