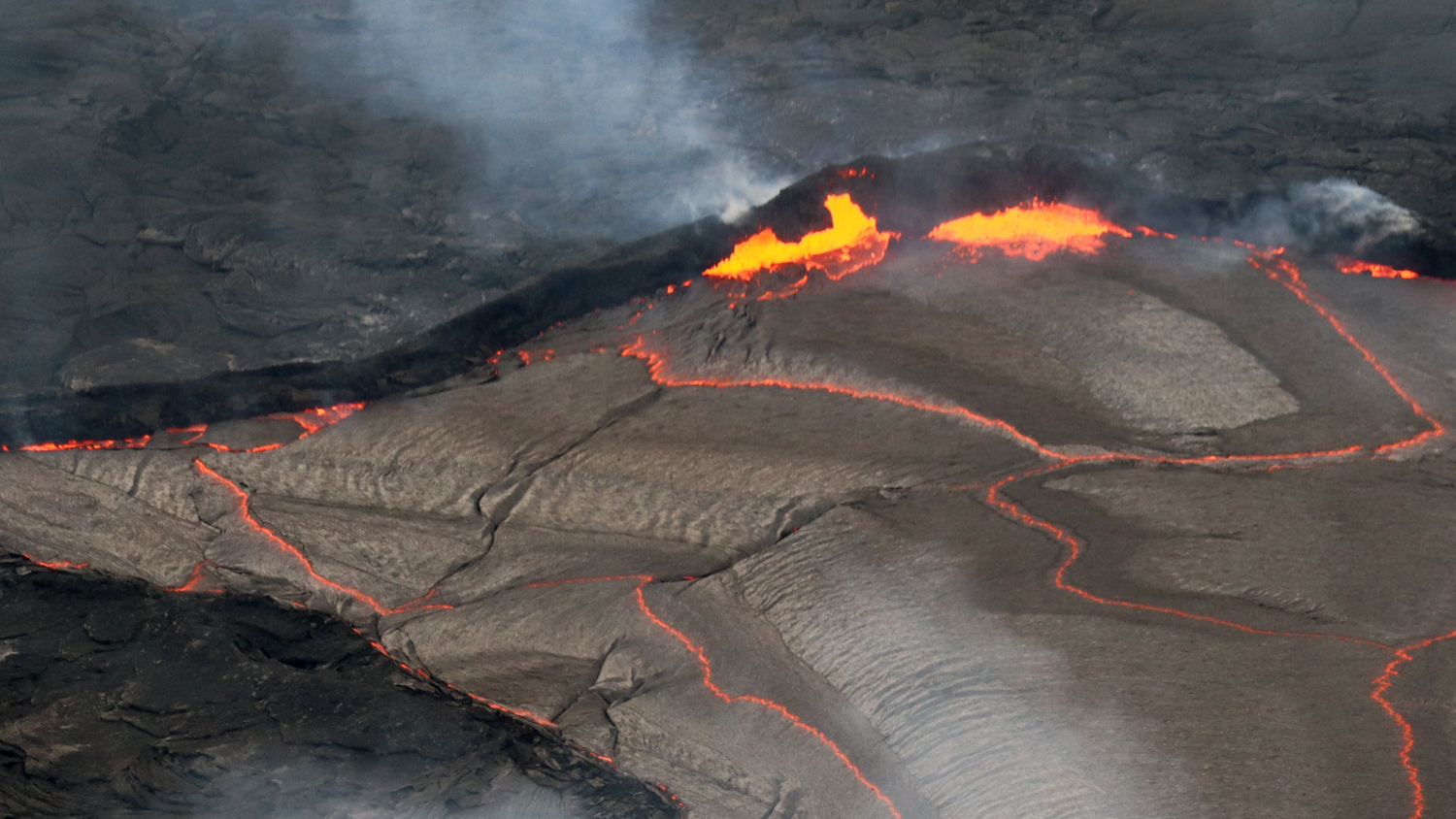 (Inset of photo by M. Patrick) With the lava level near the rim of the lake in Halemaʻumaʻu, spattering can be seen along the east margin.

HAWAIʻI VOLCANOES NATIONAL PARK - The eruption of lava at Halemaʻumaʻu continued over the past 24 hours, with weak ooze-outs along the northern and western crater floor. USGS: “Just north of the main lava lake in Halema‘uma‘u, at the summit of Kīlauea, there was a small zone of weak ooze-outs extruding from the crater floor on June 24.” (USGS photo by M. Patrick)

(BIVN) – The USGS Hawaiian Volcano Observatory posted some new photos on Monday, showing the ongoing eruption at the summit of Kīlauea.

Kīlauea remains at a Volcano Alert Level of WATCH and an Aviation Color Code of ORANGE.

Halemaʻumaʻu Lava Lake Observations: Eruption of lava from the Halemaʻumaʻu western vent into the active lava lake, and weak ooze-outs along the northern and western crater floor, have continued over the past 24 hours. Overflight measurements on June 17, 2022, indicated that the crater floor had seen a total rise of about 120 meters (394 feet) and that 93 million cubic meters (24 billion gallons) of lava had been effused since the beginning of this eruption on September 29, 2021.

Summit Observations: Summit tiltmeters recorded no deflationary or inflationary tilt over the past 24 hours. A sulfur dioxide (SO2) emission rate of approximately 2,300 tonnes per day (t/d) was measured on June 24, 2022. 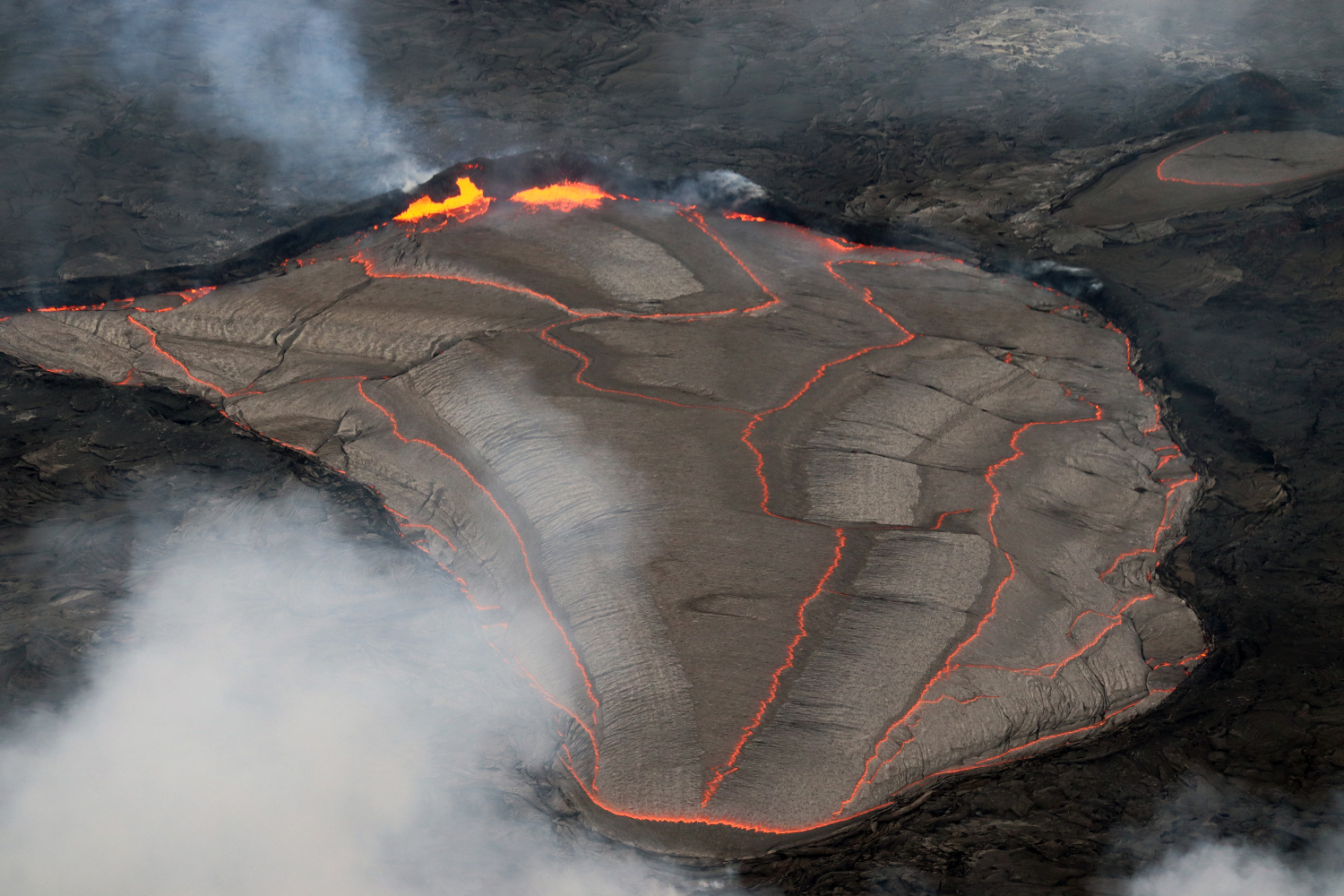 USGS: “Lava lake activity continues in Halema‘uma‘u, at the summit of Kīlauea. This photo looks east, and shows that on June 24, the lava level was near the rim of the lake, with spattering along the east margin.” (USGS photo by M. Patrick)