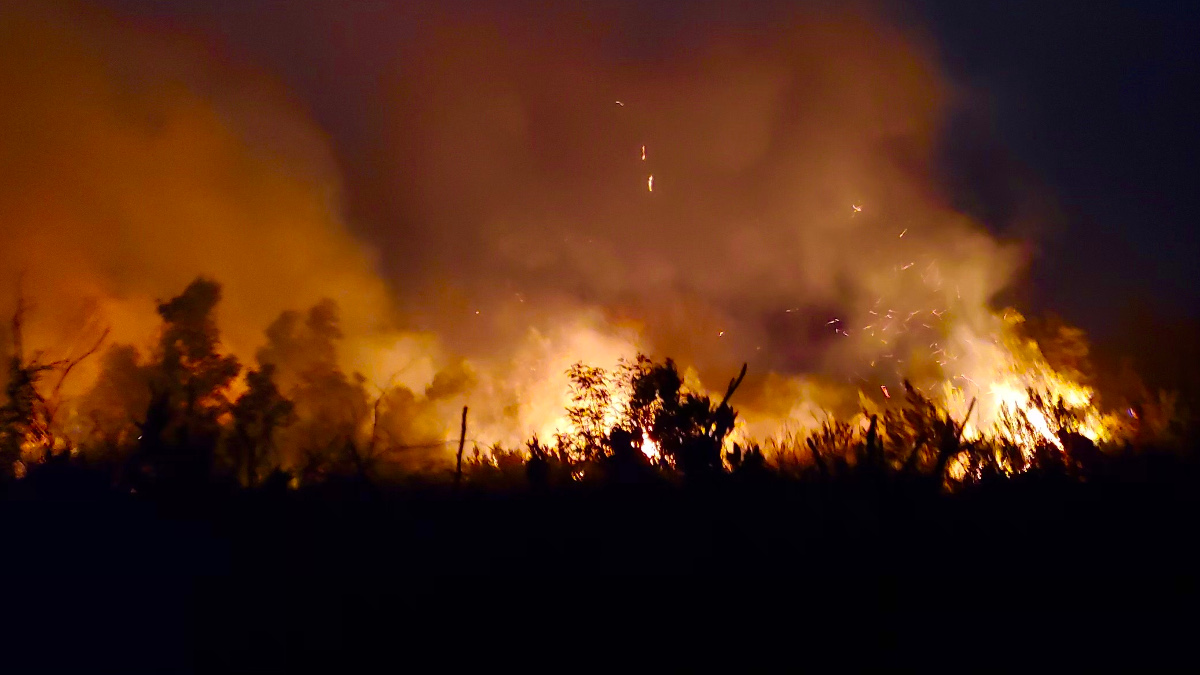 HAWAIʻI VOLCANOES NATIONAL PARK - The fire started on a power line road at around the 4,800 ft. elevation in the park. The cause is under investigation. 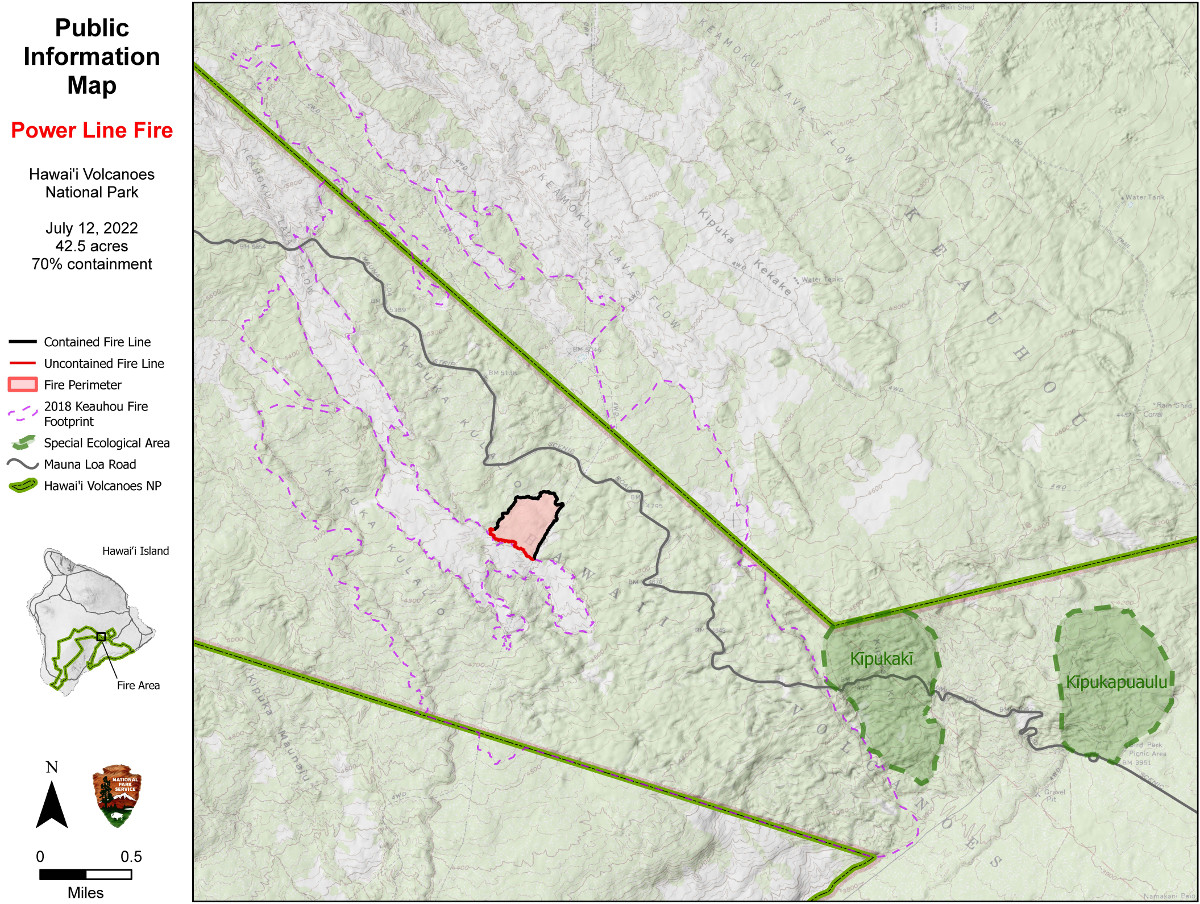 (BIVN) – The effort to contain the “Power Line Fire” in Hawaiʻi Volcanoes National Park, so named because the blaze started on a power line road on the southeast flank of Mauna Loa, continues.

The wildfire is 70% contained as of Wednesday morning (July 13) and is mapped at 42.5 acres in size, the National Park Service says.

The Power Line Fire was first reported at 6:09 p.m. on Monday, July 11 and started on a power line road at around the 4,800 ft. elevation in the park, NPS says. The cause of the fire is under investigation.

Light rain overnight and into early Wednesday morning is helping firefighters extinguish residual smoldering. The current weather outlook is favorable for firefighters to continue to make progress strengthening fire lines, mopping up, and extinguishing residual heat. As a result, containment is expected to rise significantly today and tomorrow. 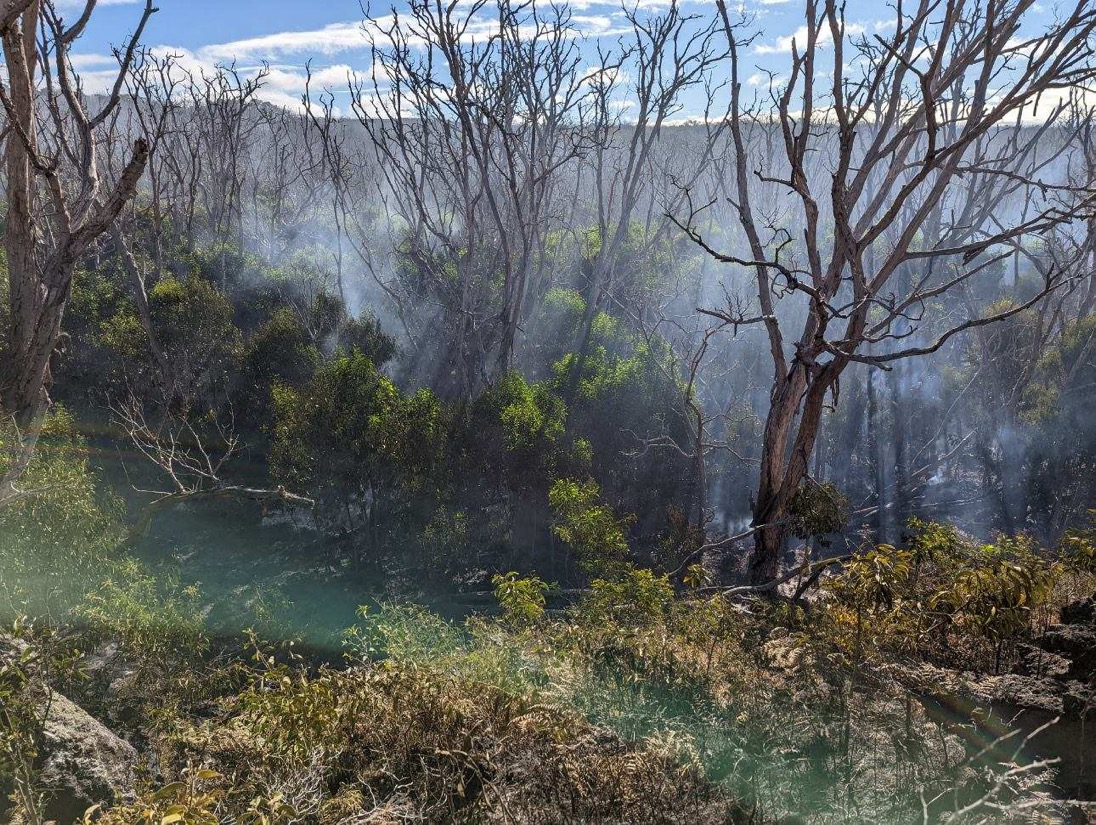 Isolated smoldering continues in leaf litter, logs, and snags from the 2018 Keauhou fire. Hazards include snags from previously burned koa and ʻōhiʻa trees and extremely rough uneven lava rock terrain. No homes or other structures are threatened, but the burn did impact habitat for native birds. A 1,760-foot section of ungulate-proof fence that protects native forest from non-native hooved animals was damaged.