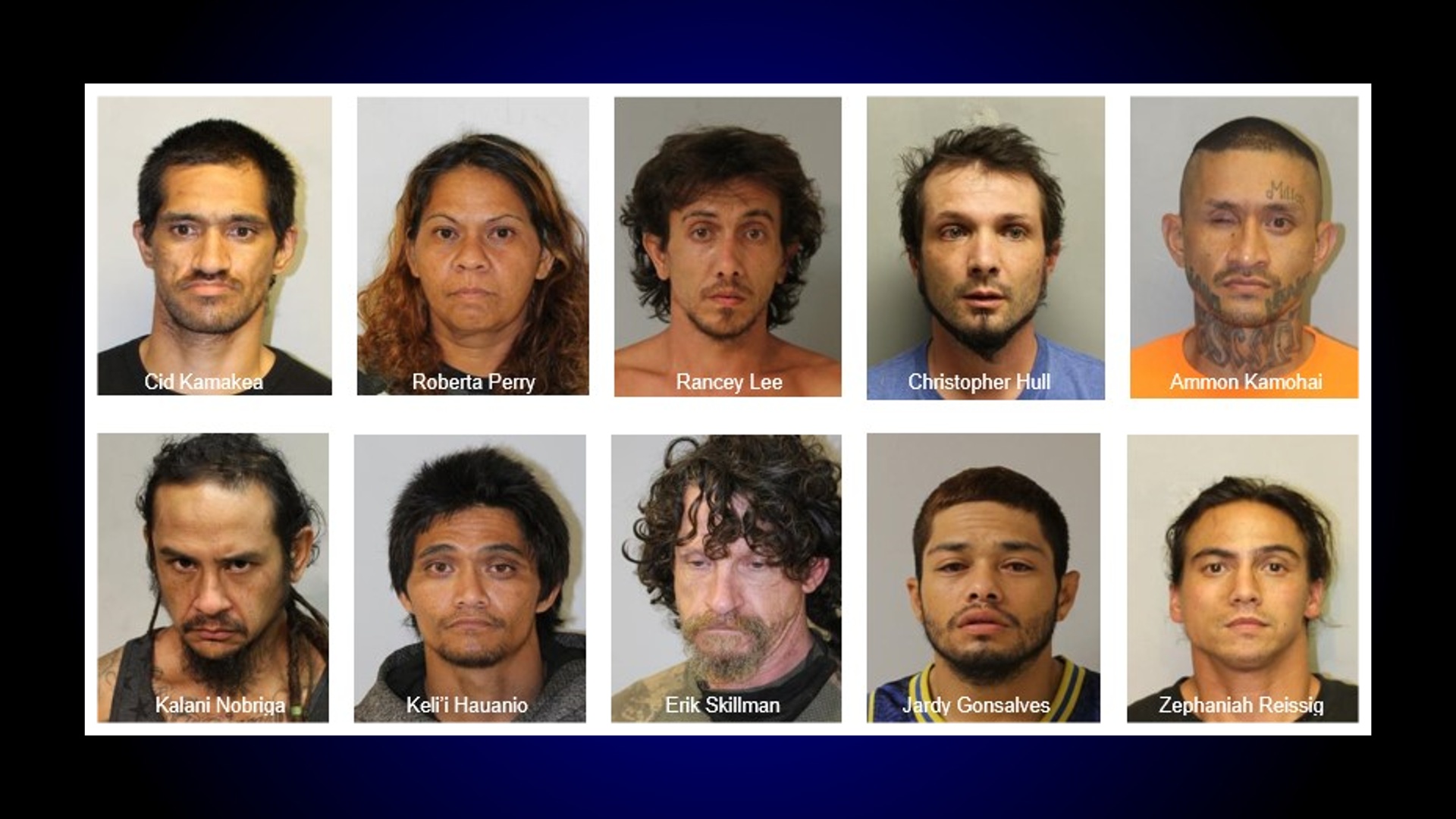 (BIVN) – Law enforcement conducted an interagency warrant sweep in Puna on Wednesday, July 27, resulting in the arrest of 10 wanted individuals.

The Hawai‘i Police Department, Hawaii State Sheriff’s Department and Department of Land and Natural Resources took part in the effort, making arrests “for a total of 16 outstanding warrants ranging from contempt, probation violation, probation no bail, to warrant of arrest.”

According to the police, the adult individuals who were arrested are:

“Police ask anyone with any information relative to the whereabouts of other wanted fugitives to call the police department’s non-emergency line at (808) 935-3311,” police stated in a news release. “Tipsters who prefer to remain anonymous may call the islandwide Crime Stoppers number at (808) 961-8300 and may be eligible for a reward of up to $1,000. Crime Stoppers is a volunteer program run by ordinary citizens who want to keep their community safe. Crime Stoppers doesn’t record calls or subscribe to caller ID. All Crime Stoppers information is kept confidential.”