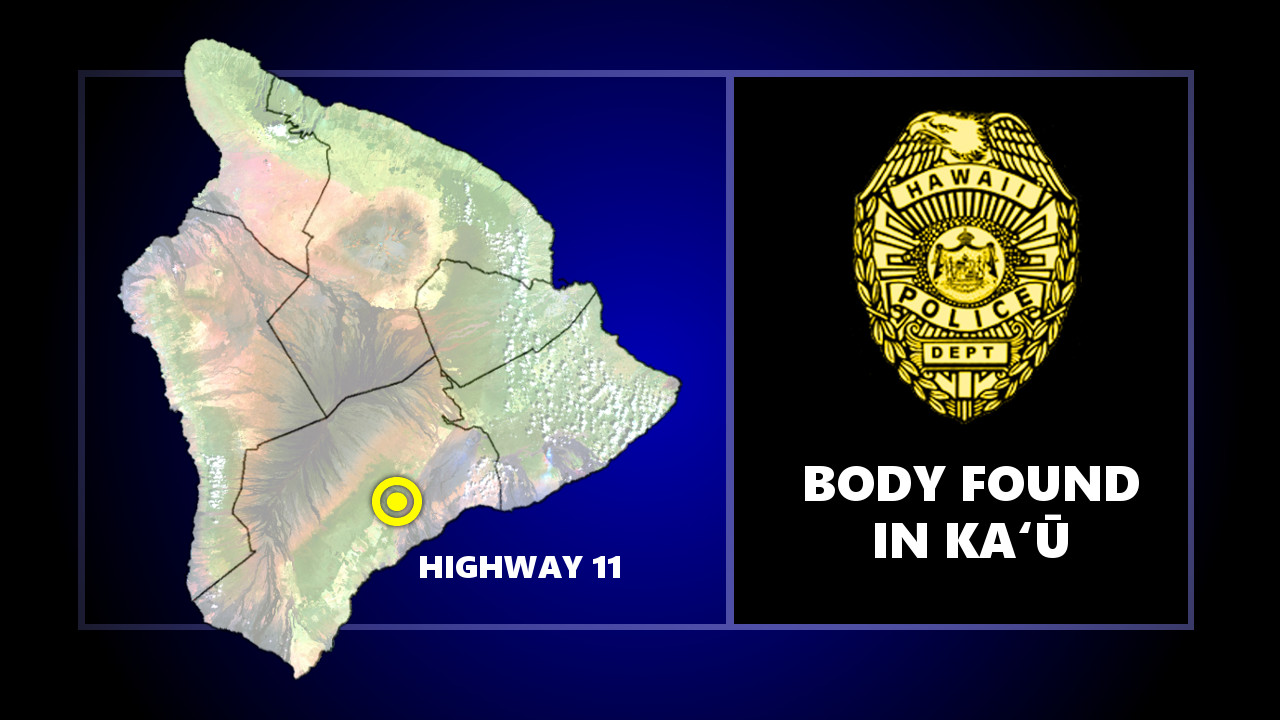 KAʻŪ, Hawaiʻi - Police are investigating the discovery of a body found Wednesday on a remote side road, south of the Hawaiʻi Volcanoes National Park boundary.

(BIVN) – Hawaiʻi Police are investigating the finding of a body found partially buried on a remote side road off Highway 11 in Kaʻū on Wednesday evening.

On July 27, police say detectives with the Area I Criminal Investigation Section were alerted to the discovery of the body, south of the Hawai’i Volcanoes National Park boundary. The next morning, the badly decomposed body was transported to the Hilo Medical Center for official pronouncement of death.

Police say the final results of an autopsy that was performed Friday morning are pending. The identity of the victim is unknown at this time.

“Detectives are currently reviewing active missing person cases,” a Monday news release stated. “Attempts to positively identify the victim will likely be done by means of DNA comparison. The name of the deceased will be released once the victim is identified and next of kin is notified.”

Police ask anyone who may have information relative to this case to call the police department’s non-emergency number at (808) 935-3311, or Detective Jeremy Kubojiri of the Area I Criminal Investigation Section at (808) 961-2378 or email Jeremy.Kubojiri@hawaiicounty.gov.