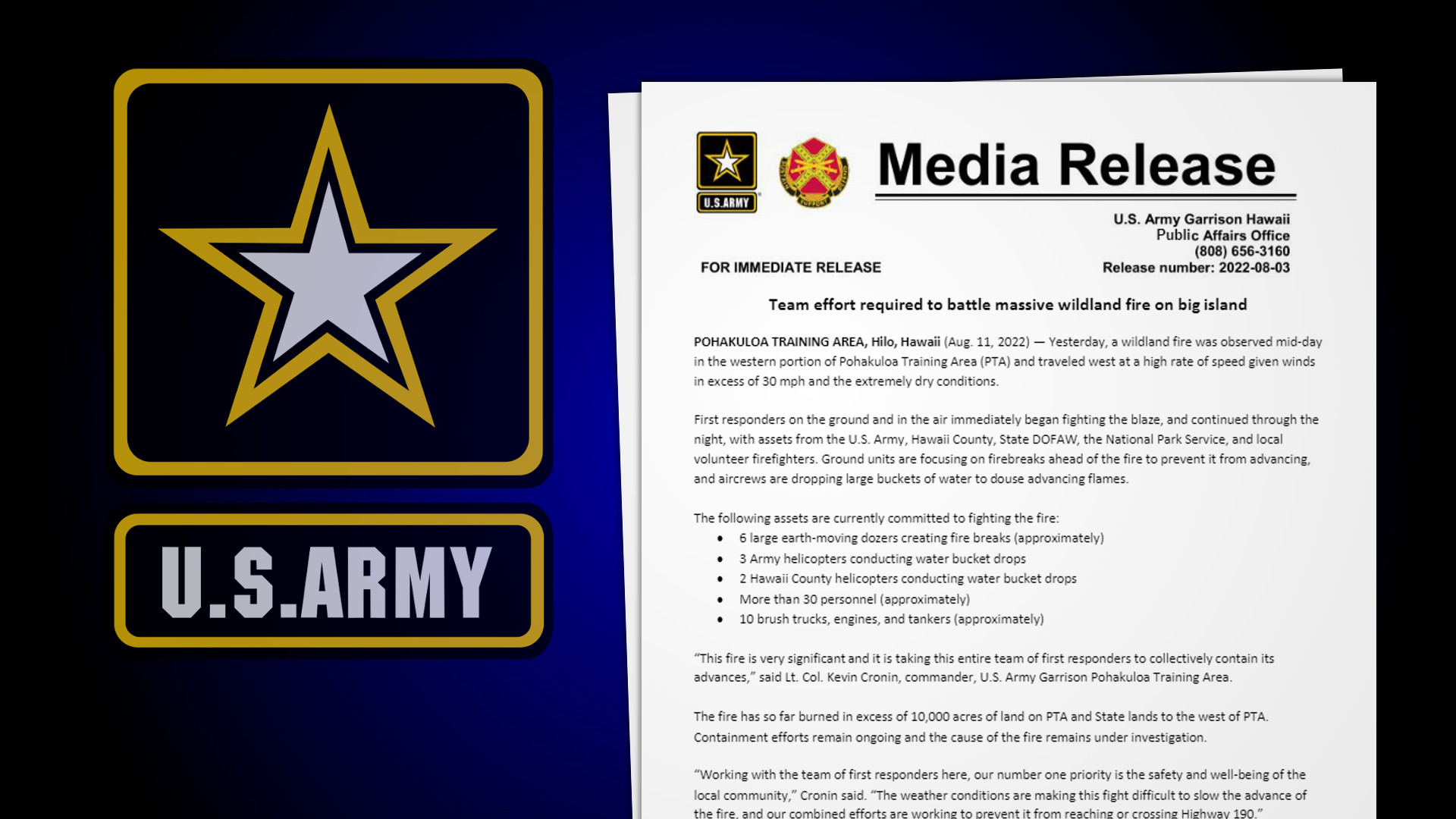 PŌHAKULOA TRAINING AREA - Containment efforts remain ongoing and the cause of the fire remains under investigation, the U.S. Army reported in a Thursday news release. 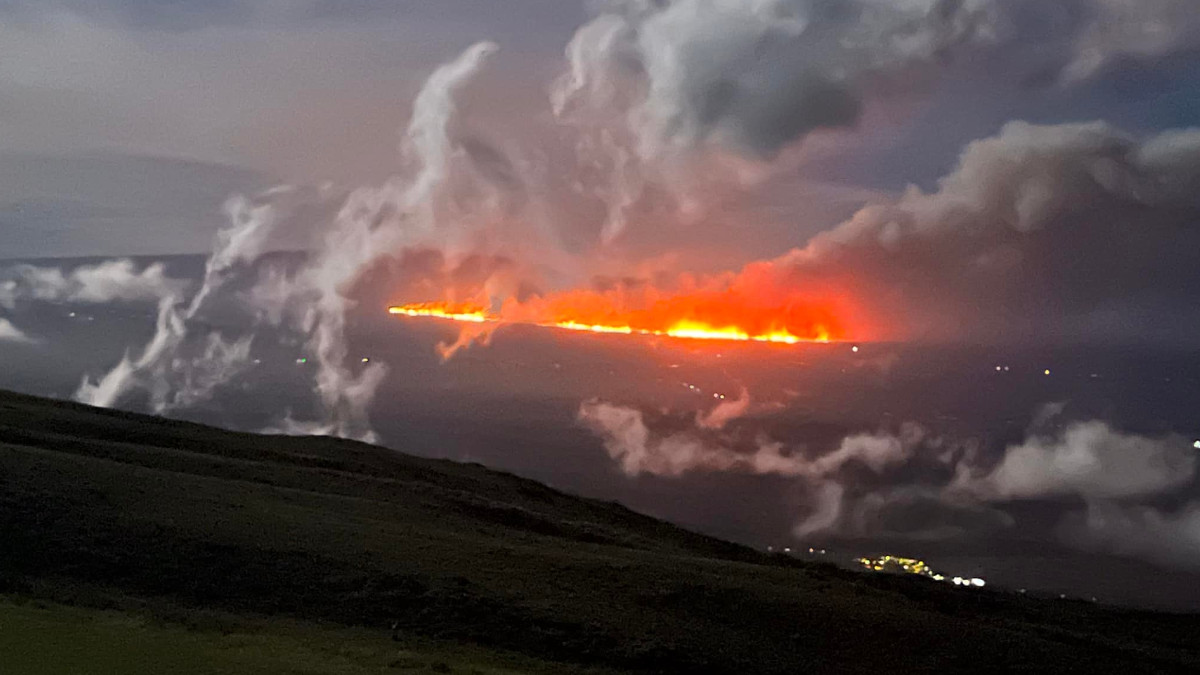 (BIVN) – On Thursday just before noon, the U.S. Army Garrison Hawaii issued a news release on the ongoing brush fire at Pōhakuloa, calling it “significant” and that weather conditions are making it “difficult to slow the advance of the fire”.

So far, the fire has burned in excess of 10,000 acres of land on Pōhakuloa Training Area lands, as well as State lands to the west of PTA.

Containment efforts remain ongoing and the cause of the fire remains under investigation, the Army release stated.

The wildland fire “was observed mid-day in the western portion of Pohakuloa Training Area”, the Army says. The blaze “traveled west at a high rate of speed given winds in excess of 30 mph and the extremely dry conditions.” PTA says:

First responders on the ground and in the air immediately began fighting the blaze, and continued through the night, with assets from the U.S. Army, Hawaii County, State DOFAW, the National Park Service, and local volunteer firefighters. Ground units are focusing on firebreaks ahead of the fire to prevent it from advancing, and aircrews are dropping large buckets of water to douse advancing flames.

According to the Army, the following assets are currently committed to fighting the fire:

“Working with the team of first responders here, our number one priority is the safety and well-being of the local community,” Cronin said. “The weather conditions are making this fight difficult to slow the advance of the fire, and our combined efforts are working to prevent it from reaching or crossing Highway 190.”