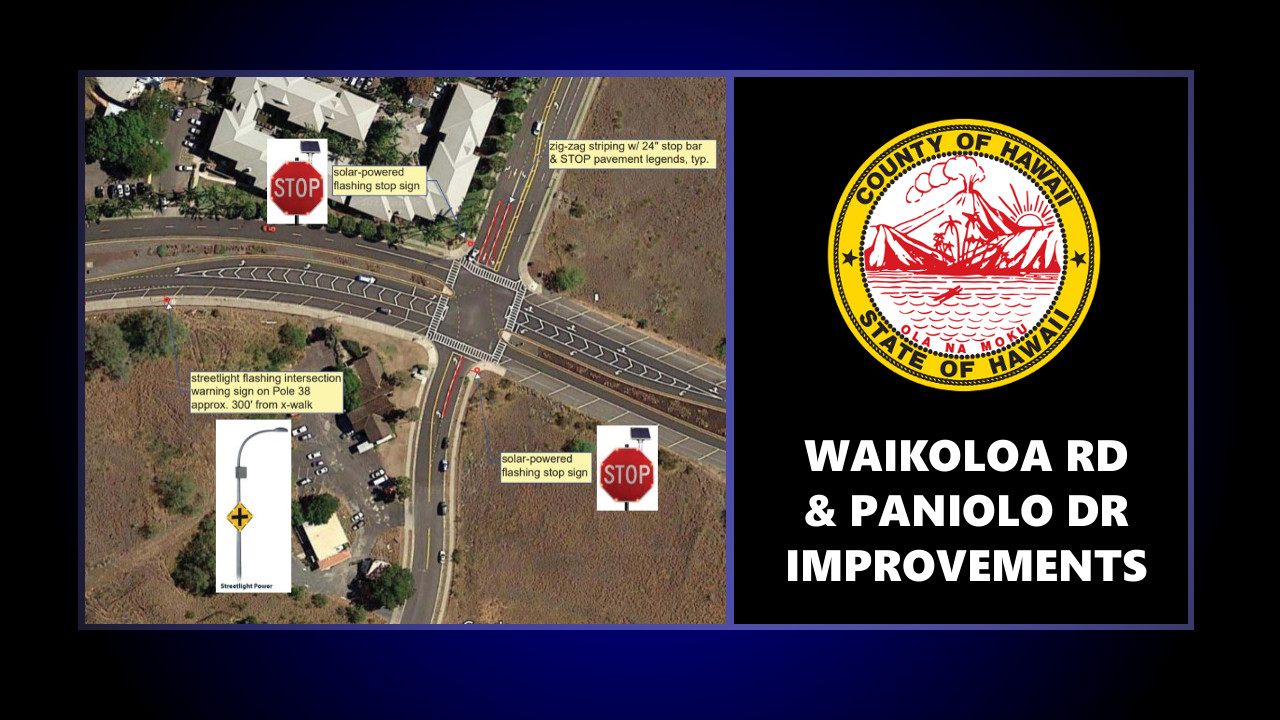 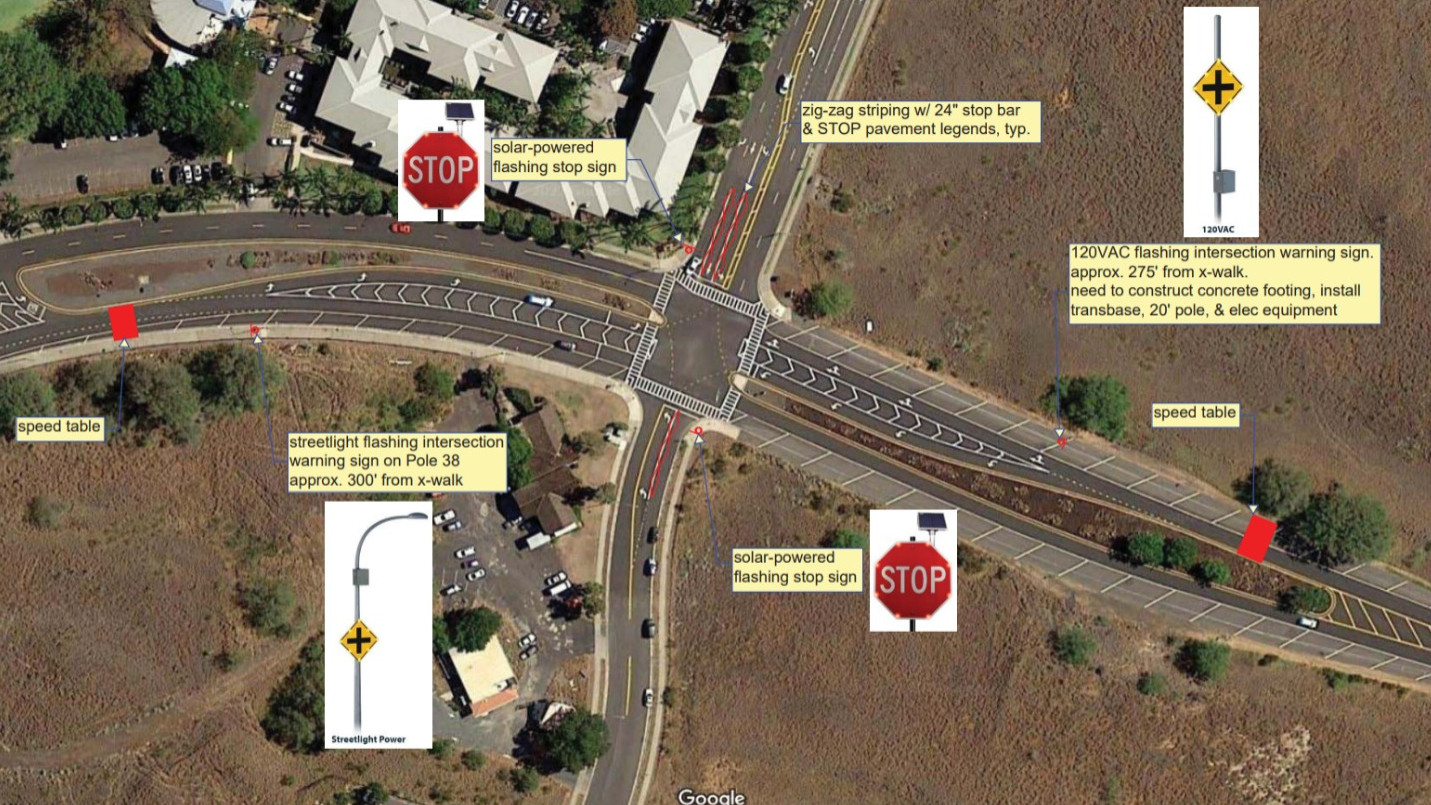 The Hawaiʻi County Department of Public Works Traffic and Highway Maintenance Divisions announced on Tuesday that it will be preparing the Waikōloa Road and Paniolo Drive intersection for safety improvements.

Motorists can expect delays, one lane traffic, and flaggers will be directing traffic, officials say. Work is set to take place from October to December 2022.

The County says all improvement dates are subject to change, weather permitting.