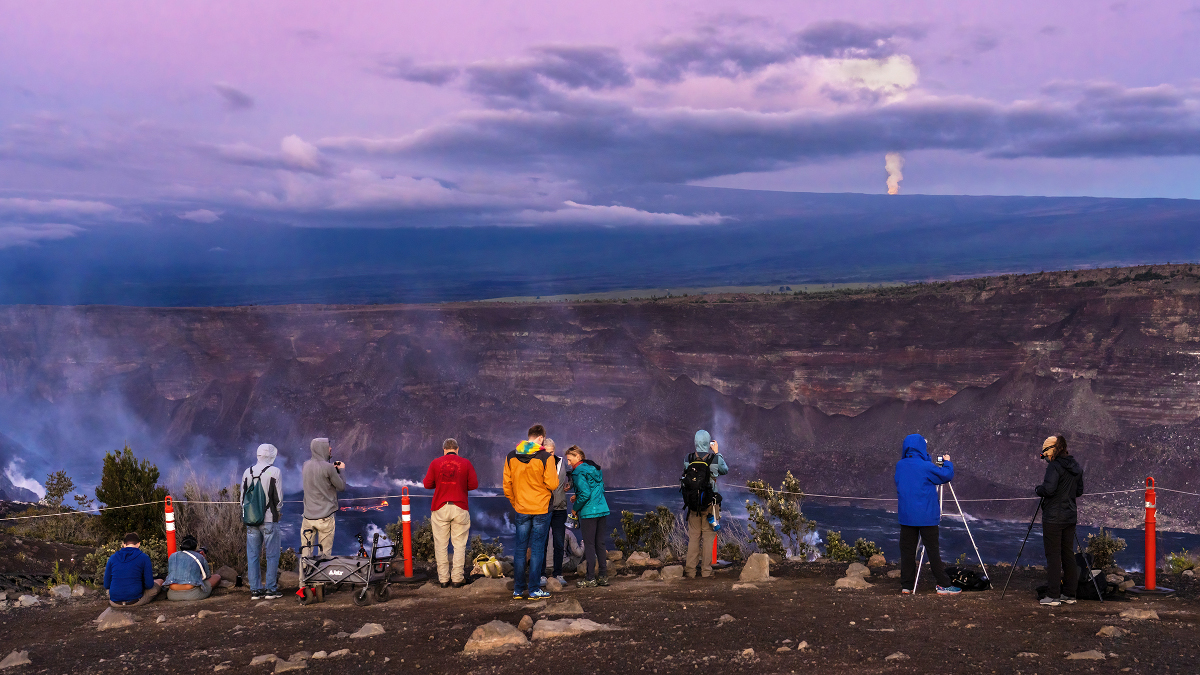 Hawaiʻi Volcanoes National Park released a Finding of No Significant Impact (FONSI) today on the plan to move forward with the park’s Disaster Recovery Project following the 2018 eruption and summit collapse of Kīlauea volcano.

The park will carry forward most of the elements of the proposed action that went out for public review during the environmental assessment (EA) for the project. However, the park is revisiting the location of the replacement visitor center as a future planning and compliance effort based on public and consulting party feedback received during the EA review period.

“We mahalo everyone who shared their feedback on the Disaster Recovery Project,” said Hawaiʻi Volcanoes National Park Superintendent Rhonda Loh. “We reviewed all the comments closely, and it is heartening to see how much passion the community has for their park and the cherished natural and cultural landscapes it protects.”

The focus of the 2018 Disaster Recovery Project is to repair, replace, relocate or remove critical park infrastructure and U.S. Geological Survey (USGS)-operated facilities and equipment damaged during the most destructive eruptive events in Hawai‘i in the last two centuries.

Beginning as early as March 2023, the National Park Service (NPS) and USGS will:

2) Repair the existing comfort station in the Uēkahuna bluff area.

3) Repair and improve the overlook in the Uēkahuna bluff area.

4) Construct a natural surface trail and associated post-and-cable barrier to connect the overlook to Crater Rim Trail in the Uēkahuna bluff area.

5) Remove and replace the existing water tanks in the Uēkahuna bluff area.

7) Improve the safety of the existing park entrance and realign Crater Rim Drive, including the addition of a roundabout.

Starting in May 2018, Kīlauea summit and the park underwent major changes as magma drained from the chamber beneath Halema‘uma‘u crater, and the caldera began to collapse, triggering thousands of felt earthquakes and clouds of rock and ash that continued until early August. The seismic activity was primarily centered near the crater, and significantly impacted buildings in the immediate vicinity on Uēkahuna bluff, including Jaggar Museum and the USGS-operated Okamura facility and equipment, resulting in the closure of the area. Hawaiʻi Volcanoes National Park closed to the public for 134 days.

The results of post-disaster assessments found that significant investment would be necessary to make Jaggar Museum and the USGS Hawaiian Volcano Observatory-operated Okamura building and Geochemistry Annex safe to occupy and operational. The buildings are surrounded by fault lines and the area continues to subside on the crater side, undermining slope stability at the existing terraces and building foundations.