Images courtesy USGS Hawaiian Volcano Observatory, National Park Service, and BIVN. A synthesized voice was utilized in the narration for this story. 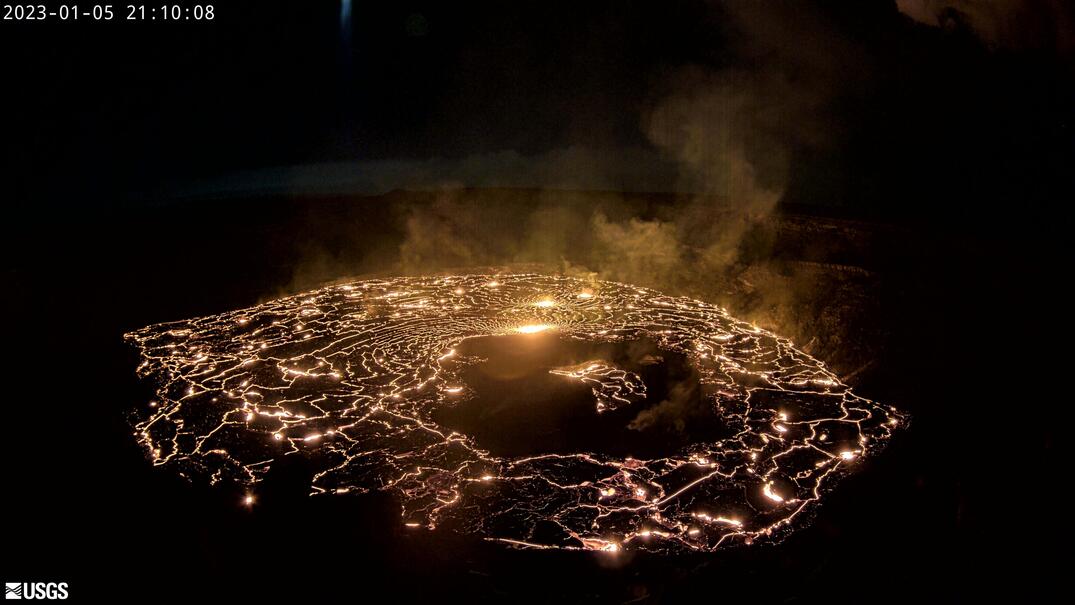 (BIVN) – After three weeks of quiet, the eruption at the summit of Kilauea volcano resumed on Thursday evening.

Earlier in the day, the US Geological Survey’s Hawaiian Volcano Observatory raised the alert level for the volcano from ADVISORY to WATCH, after they recorded an increase in earthquakes and ground deformation at the summit.

Then, after 4:30 p.m., the eruption began. The alert level was raised to WARNING.

This video was recorded by the National Park Service, showing a tidal wave of lava moving across the reactivated lava lake. Scientists say there were several lava fountain bursts up to 50 meters, or 164 feet high, during the initial part of the eruption.

The new activity is visible from various points inside Hawaiʻi Volcanoes National Park. As of the evening, lava flows had inundated much of the crater floor, which is nearly 300 acres or 120 hectares. The red glow has also returned to the summit area.

Officials say all activity is confined to the Kīlauea summit region within the national park, and there are no indications of activity migrating into the rift zones.

Also, the eruption has had no impact on Mauna Loa, which remains quiet at this time.