Video courtesy USGS Hawaiian Volcano Observatory, National Park Service, and BIVN. A synthesized voice was utilized in the narration for this story.

HAWAIʻI ISLAND - All recent eruptive activity remains confined to the Halemaʻumaʻu crater, and no significant changes have been observed at the summit or in either rift zone. 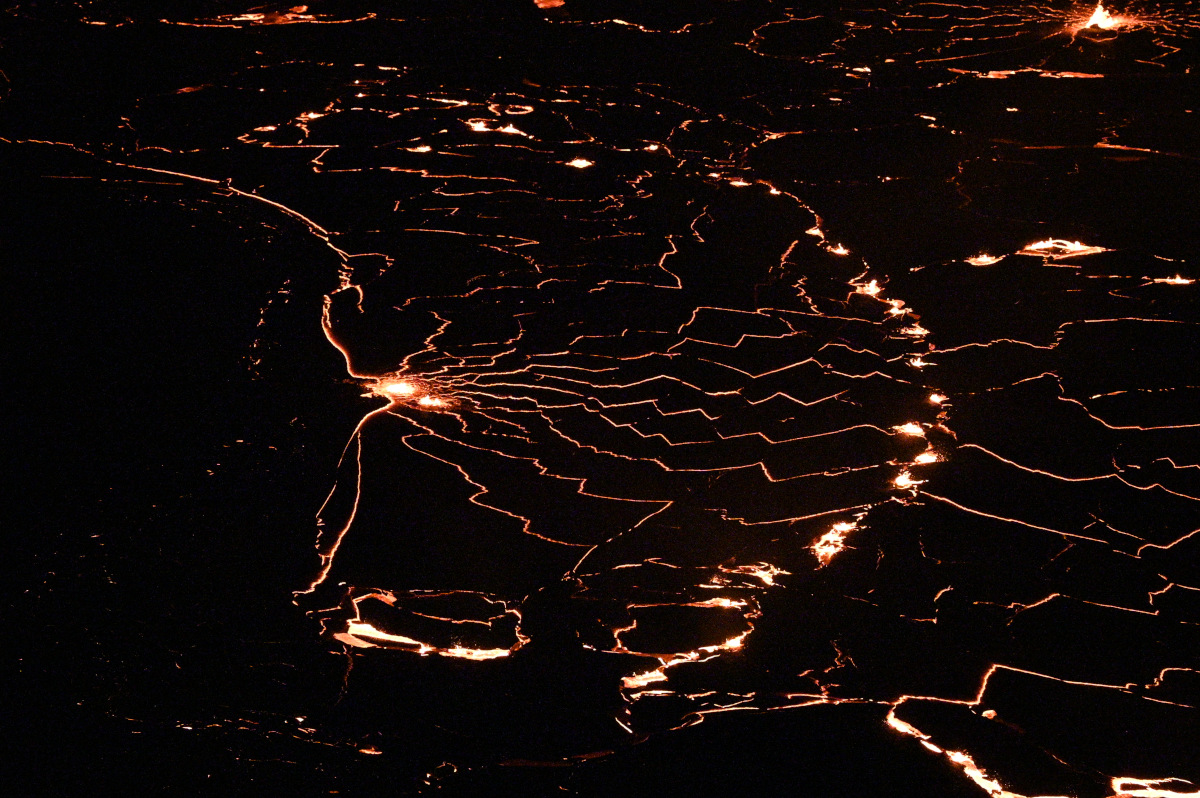 USGS: “Several areas of active upwelling on the surface of Halema‘uma‘u, as seen from the south rim during an early morning observational shift on January 6, 2023. As the lava reaches the lake’s surface, it immediately begins to cool and radiates away from the source. This cooled lava forms thin plates made of lava crust, which grows and extends as it continues to be pushed away. When the thin plates radiating away from two sources meet, a line or ring of spattering will occur as they interact. This process is similar to what happens when two tectonic plates converge.”

(BIVN) – High lava fountains marked the restart of the Kilauea summit eruption on January 5th, some as high as 164 feet (50 meters).

The fountains decreased in vigor overnight. The initial high effusion rates declined rapidly, as lava stored within the magma system over the past month erupted onto the caldera floor.

With the eruption confined to the summit caldera, and with no indication of activity migrating elsewhere on the volcano, the U.S. Geological Survey on Friday lowered the Kilauea alert level from WARNING to WATCH, and the aviation color code from RED to ORANGE. 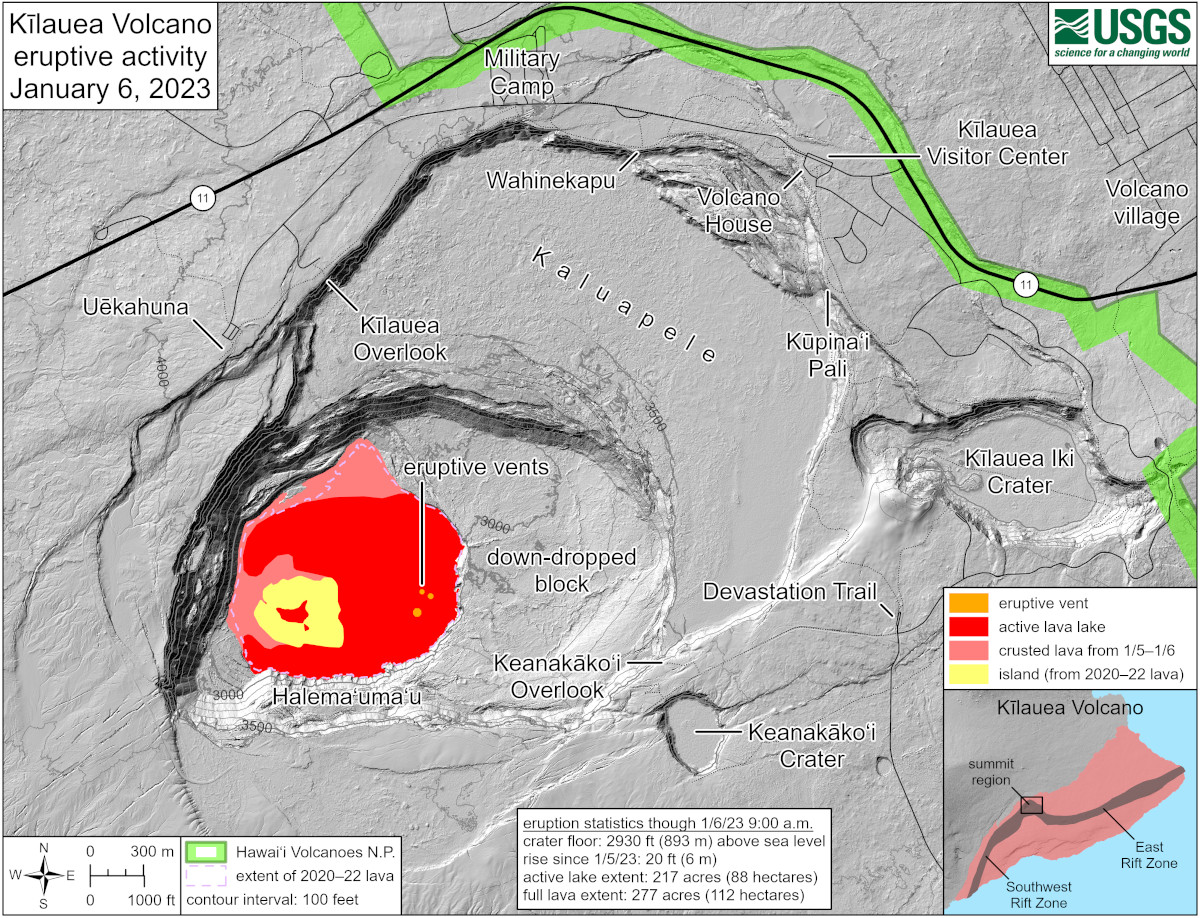 USGS: “The extent of the active lava lake—the area in red is 218 acres (88 hectares); part of this area is comprised of the active lava lake footprint from the end of the 2021–22 eruption, which has filled with new lava that upwelled from below. The full extent of new lava from this eruption, totaling both the active lava lake (red) and flows that have crusted over (pink) is 277 acres (112 hectares). Although this eruption has expanded the footprint of post-2018 lava within Halema‘uma‘u crater, citizen scientists may note that this full extent value is smaller than that at the end of the 2021–22 eruption: 295 acres (119 hectares). This discrepancy exists because a higher-standing section of crater floor (yellow) around the former active lava lake has not yet been overflowed with new lava. The current laser rangefinder measurement places the new lava lake depth at 274 meters (899 feet), about 8 meters (26 feet) above the level of the cooled lava from the 2020-2022 summit eruption.”

Scientists have installed a new webcam to keep an eye on the active caldera. Multiple eruptive vents on the crater floor continue to effuse directly into a lava lake that sits atop them, with the vents sometimes taking the form of dome fountains.

The renewed volcanic activity is drawing thousands of visitors to Hawaiʻi Volcanoes National Park, where the eruption is viewable from almost all open areas around the caldera.

Park officials say visitors can expect long waits for parking spaces at popular vantage points, and to be midful of the chilly summit temperatures.