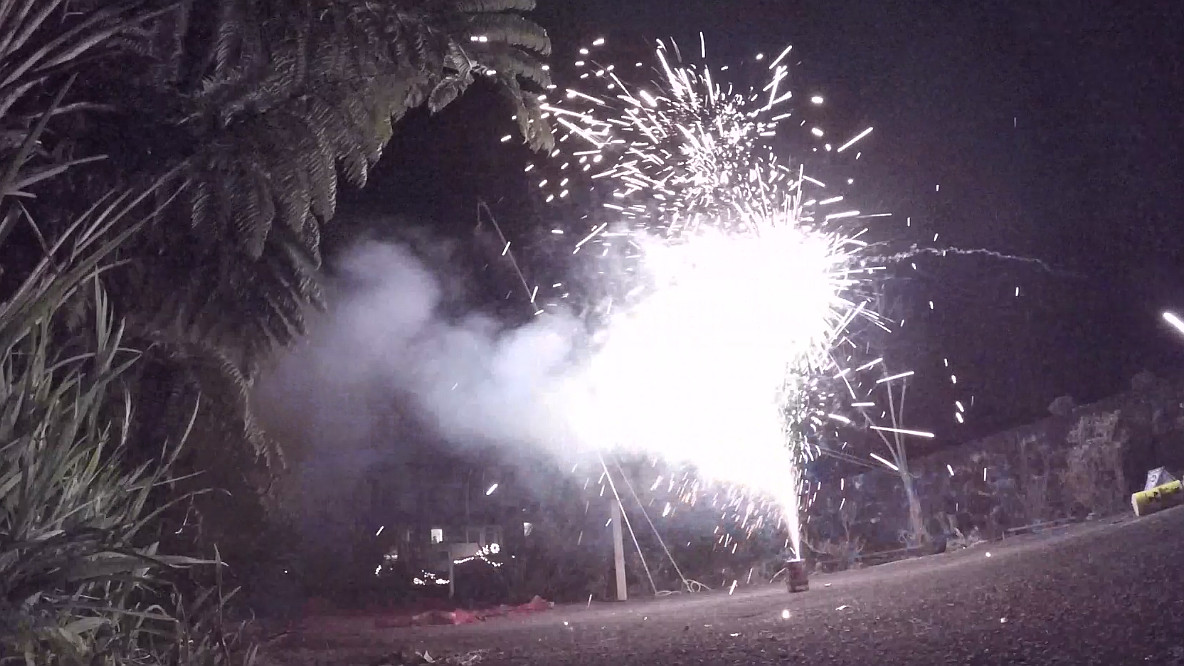 (ABOVE) Fountain rings in the new year in Hilo.

Our most popular news stories of 2014, according to YouTube.

Here are the most watched news videos of 2014, according to the public stats on our YouTube page. We have listed the stories in order of fewest to most views. Some of the videos are raw files uploaded shortly after they were filmed. Others are reports produced to provide context. The majority of our most popular stories cover the lava flow that threatened Puna from September to December, yet there are a few others that found their way into the rankings.

Raw video captured the moment Lanakila Mangauil stormed the Thirty Meter Telescope site, before other protesters crashed the October 7 event and stopped the groundbreaking for the $1.4 billion dollar observatory planned for the summit area of Mauna Kea.


The June 27 lava flow came in contact and ignited its first home in Pahoa just before noon on Monday, November 10. Hawaii County Civil Defense said the home – sitting on a 45-acre agricultural lot off Cemetery Road – had already been evacuated. A small storage shed on the property was also destroyed.


Aerial video taken above the threatening June 27 lava flow illustrated the size of the destructive volcanic activity, and its relative distance to nearby homes.


Raw video from an October 25 overflight of Apa’a Street on the outskirts of Pahoa town, a few hours after lava moved in over the asphalt. Footage is by Mick Kalber of Tropical Visions Video aboard Paradise Helicopters.


The official start of the Merrie Monarch Festival was the April 20 Ho’olaule’a, but it was the April 23 Ho’ike night at the Edith Kanaka’ole Stadium where things start to really began to heat up. A huge crowd waited in line all day to get a seat at the free event, which included performances by Halau Hula o Mehanaokala, Halau Na Mamo O Kaleinani, Halau O Kekuhi, and Te Waka Huia.


On November 11, lava poured through the fence surrounding the Pahoa Transfer Station and began to burn the asphalt. The video of the moment was captured by the County of Hawaii and used in this video.


A push by some residents to have the government somehow divert the current lava flow headed towards Puna’s populated areas was publicly rebuked by Native Hawaiians on the night of Thursday, September 4.


After watching the June 27 flow advance towards Puna for weeks, spirits were crushed on the night of Thursday, September 11 when a new projection showed lava crashing into Pahoa town. USGS Hawaiian Volcano Observatory Scientists presented the heartbreaking information during a public meeting at Pahoa High School.


Shortly after 7 a.m. on Tuesday, October 28, the June 27 lava flow entered onto private property in Pahoa and burned down a 115 sq. ft. wooden structure being used for agricultural purposes. The building had the distinction of being the first residential structure to be claimed by the lava flow, and the moment was captured from the air by Mick Kalber of Tropical Visions Video aboard Paradise Helicopters.