Hapuna Closed Another Day Due To Shark Attack

A stretch of popular beach along the West Hawaii shoreline was closed for another day Thursday, following a shark attack the day before.

HAPUNA – A stretch of popular beach along the West Hawaii shoreline was closed for another day Thursday, following a shark attack the day before.

On Wednesday just before noon, a 58 year old male visitor from Overland Park, Kansas was bitten by a shark while snorkeling in the ocean near the south point of Hapuna Beach State Recreation Area. He was taken to North Hawaii Community Hospital in Waimea and later transported to Queen’s Medical Center. The shark was identified as a 10-12 foot long tiger shark, which was later seen in the bay after 1 p.m.

Today, Hawaii County Civil Defense took to the sky to look for the shark. At noon, they issued this message:

Hapuna and Waialea beaches will remain closed for the remainder of the day due to shark activity. An assessment will be performed tomorrow morning to determine when the beaches can be reopened.Hawaii County Civil Defense on March 19, 2015

According to the Department of Land and Natural Resources, “two helicopter flyovers this morning did not see any sign of a shark off the park beach,” however DLNR decided to keep the beach closed for the rest of today, following the recommendation of Hawaii County Ocean Safety. 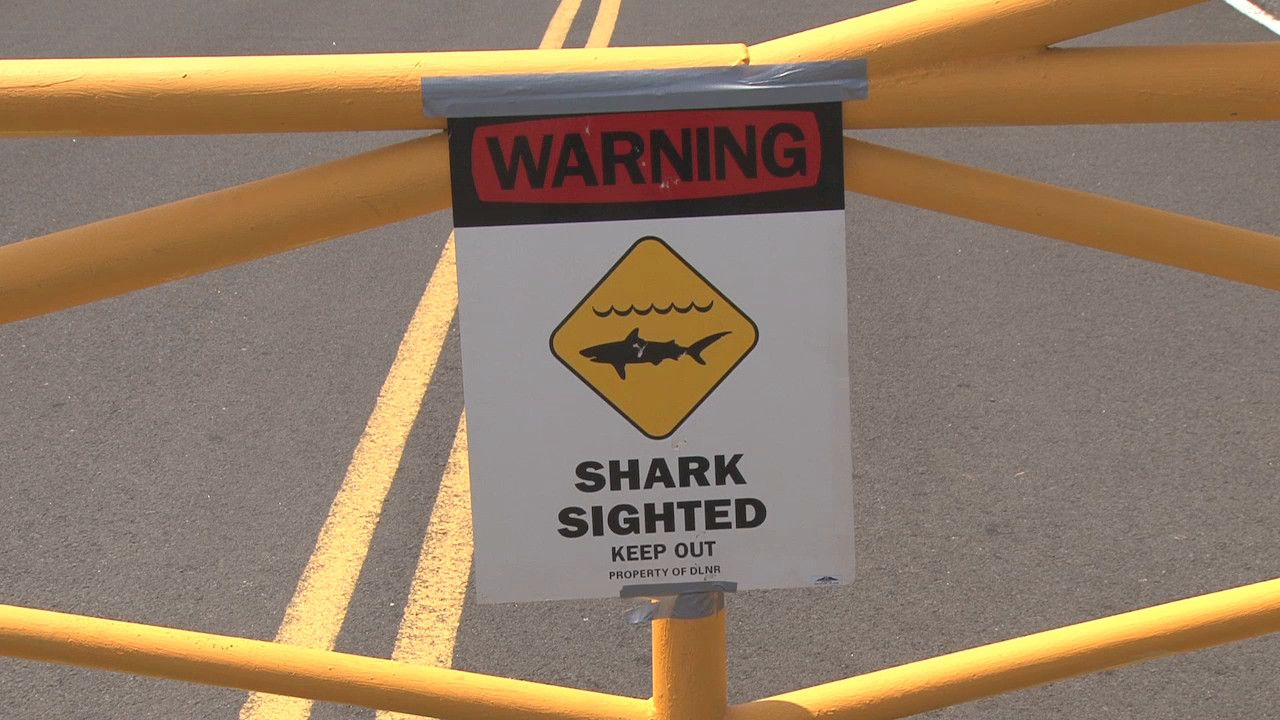