WASHINGTON D.C. (BIVN) - Senators Schatz and Hirono shared the story of Fred Korematsu, the civil rights hero who resisted the internment of Japanese-Americans during World War II all the way to the Supreme Court. 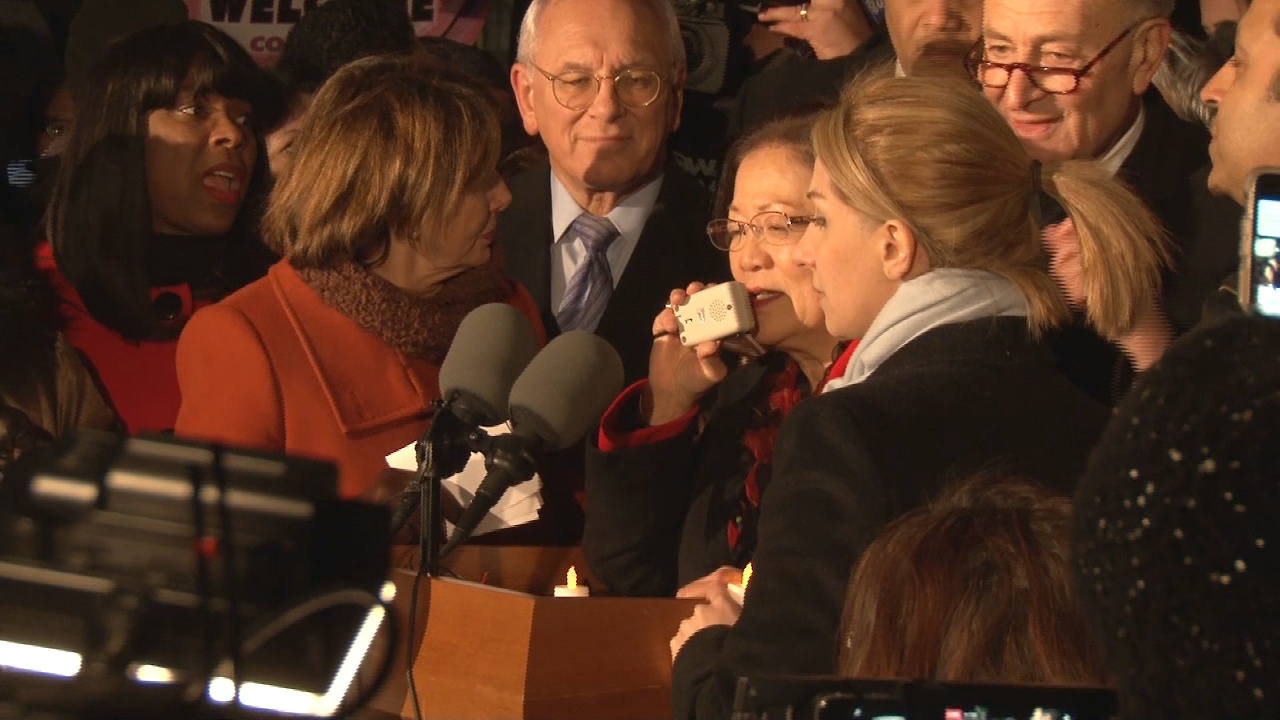 Senator Mazie Hirono rallied with Senate and House Democrats on the steps of the U.S. Supreme Court on Monday. Hirono joined 30 Senate Democrats in letter demanding action from the president.

“Donald Trump can deny it all he wants, but we understand him loud and clear. This is a Muslim ban, and it’s deeply wrong,” Senator Hirono said. “If we don’t speak out against Trump’s Muslim ban now, we will be complicit in what comes next. President Trump must rescind this despicable, immoral executive order immediately.”

Senator Brian Schatz took to the floor of the Senate, and announced his support of legislation introduced by U.S. Senator Chris Murphy’s (D-Conn.) that would block President Trump’s recent “anti-refugee and anti-immigrant executive order.”

Schatz says the bill would withhold any funding to enforce the executive order and declares it illegal based on the 1965 Immigration and Nationality Act.

“The world is watching,” said Senator Schatz. “History is watching. And we have to ask ourselves—what do they see? Do they see Lady Liberty? Or do they see something darker? The choice is ours. We can fix this. Today, I call on every member of the U.S. Senate to stand against this ban and fight chaos and paranoia as official government policy.”

Both senators shared the story of Fred Korematsu, the civil rights hero who resisted the internment of Japanese-Americans during World War II all the way to the Supreme Court.

Today would have been Korematsu’s 98th birthday.

Trump defended his actions on social media, saying on Twitter that “if the ban were announced with a one week notice, the ‘bad’ would rush into our country during that week. A lot of bad “dudes” out there!”