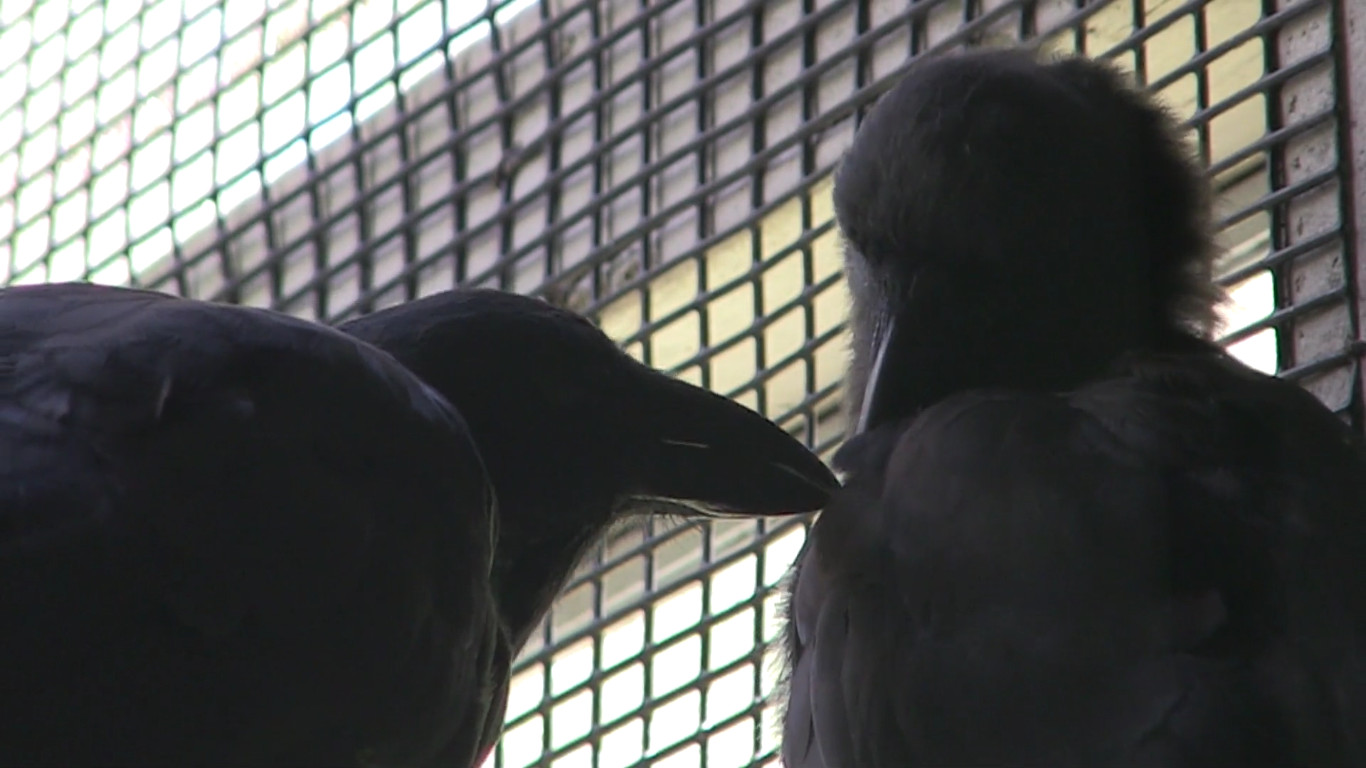 Alala To Get More Training After Deadly Hawk Attacks

PU‘U MAKA‘ALA (BIVN) - Following the death of three endangered Hawaiian crows upon reintroduction into the wild, the next release group will to receive additional "predator-aversion" training.

PU‘U MAKA‘ALA, Hawaii – Preparations are underway for the release of the next group of ‘Alalā into the wild, after the first attempt to reintroduce the endangered Hawaiian crow failed.

Five ʻAlalā were released into the forest of the Pu‘u Maka‘ala Natural Area Reserve with fanfare in December 2016. However, three of birds died qucikly, and the reamining two were brought back into captivity.

The cause death was not known at the time, but subsequent necropsies on the ‘Alalā revealed two of the birds were likely killed by another endangered bird, the ‘Io or native Hawaiian hawk, officials say.

According to the Hawaii DLNR, ‘Io are known to prey upon other birds, “such is the circle of life in the wild” states a media release. The third deceased ‘Alalā appears to have “died from natural circumstances that led to poor physical condition,” DLNR reports. The crows did not die due to disease exposure.

The three ‘Alalā that died were named ‘Ike, Kau’ikauikalani, and Pewa, officials say. “The necropsies were conducted by the San Diego Zoo Global (SDZG), which operates Hawaiʻi bird conservation centers on Hawai‘i Island and on Maui,” DLNR reported. “The ‘Alalā were offspring of birds brought into captivity over a decade ago, around the time that the last remaining bird went extinct in the wild in 2002.”

Officials say reintroductions like these are not usually met with immidiate success; multiple release are often necesary to achieve long-term survival. Reintroduction of captive-raised birds without the benefit of experienced ‘Alalā already in the wild is very challenging.

Officials point to the success of the native Hawaiian goose as a beacon of hope. The Nēnē once had a population of only 30 birds and was also part of a captive breeding program. “The recovery of Nēnē took over five decades of conservation actions to achieve, and while there are now over 3,000 birds in the wild, Nēnē populations still require active management to persist,” said Joey Mello, Hawai’i Branch DOFAW Wildlife Program Manager, in a media release.

Before the next ‘Alalā release, officials say the birds will again undergo extensive training and conditioning to better ensure their long-term survival in the forest. The project team has consulted with world-renown predator aversion training specialists and is adjusting the training to “give the released ‘Alalā a better chance of avoiding ‘Io.”

AS for the next release: “Nine birds are now in a flight aviary that was constructed in the State’s Pu‘u Maka‘ala Natural Area Reserve; three more birds will be moved there soon,” DLNR says. “All of these birds are healthy and are checked and fed daily. Project team members closely observe their foraging skills, behaviors, and social interactions. The ‘Alalā Project anticipates the release of these 12 birds later this year.”