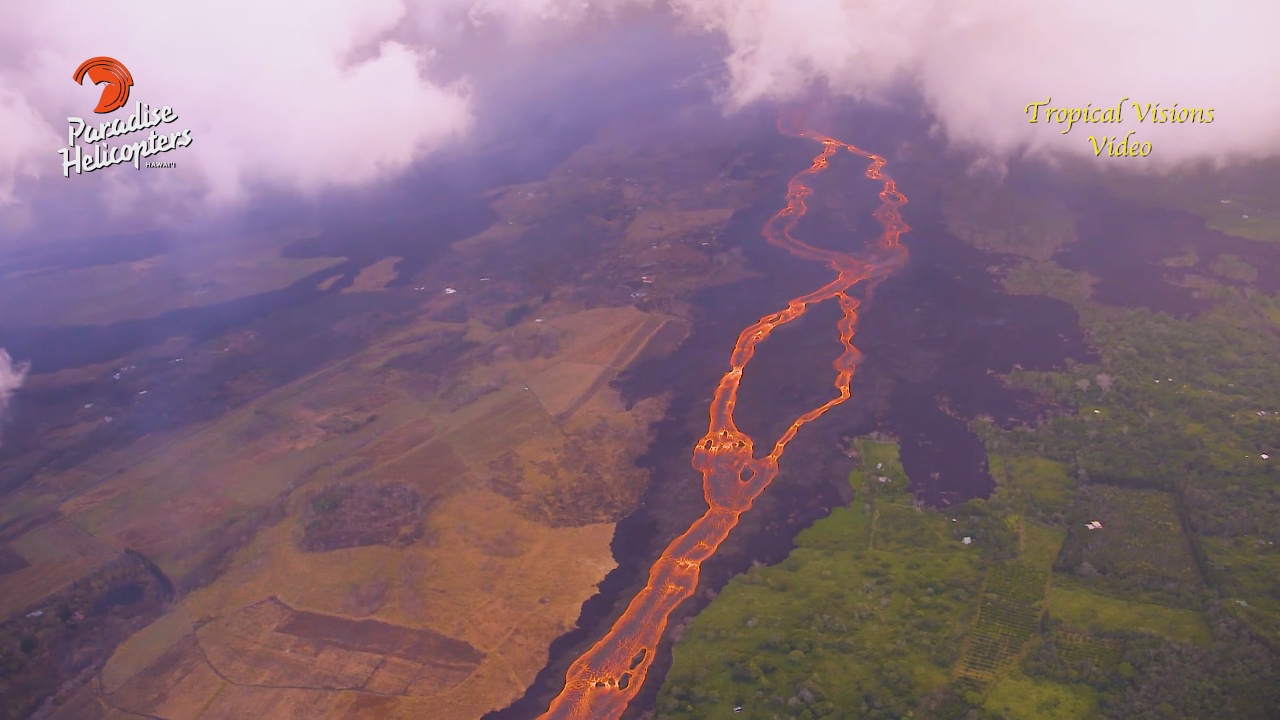 PUNA, Hawaii - Explosions were reported from the main ocean entry this morning with at least one being quite strong. At least 10 people were injured on a lava boat tour.


(BIVN) – There have been no dramatic changes in the lower East Rift Zone eruption Monday, however the lava ocean entry has gotten more explosive, with one particularly large blast injuring multiple passengers on a lava boat tour.

Fissure 8 continues to erupt lava into the perched channel leading northeastward from the vent. The channel is full but not quite up to the rim; there were no significant overflows this morning. The southern margin of the flow remained about 1 km (0.6 mi) from Isaac Hale Park this morning. Despite no visible surface connection to the fissure 8 channel, lava continues to ooze out at several points on the 6 km (3.7 mi) wide flow front into the ocean. Explosions were reported from the main ocean entry this morning with at least one being quite strong.

At the summit, seismicity has increased, “as has been the pattern leading up to collapse/explosion events beneath the summit,” USGS reported this morning. “The last event occurred at 3:26 a.m. HST July 15 with energy equivalent to a magnitude-5.2 earthquake. We expect a high rate of earthquakes (25-35 per hour) to continue until the next collapse/explosion event occurs later today. Inward slumping of the rim and walls of Halemaʻumaʻu continues in response to the ongoing subsidence at the summit.”