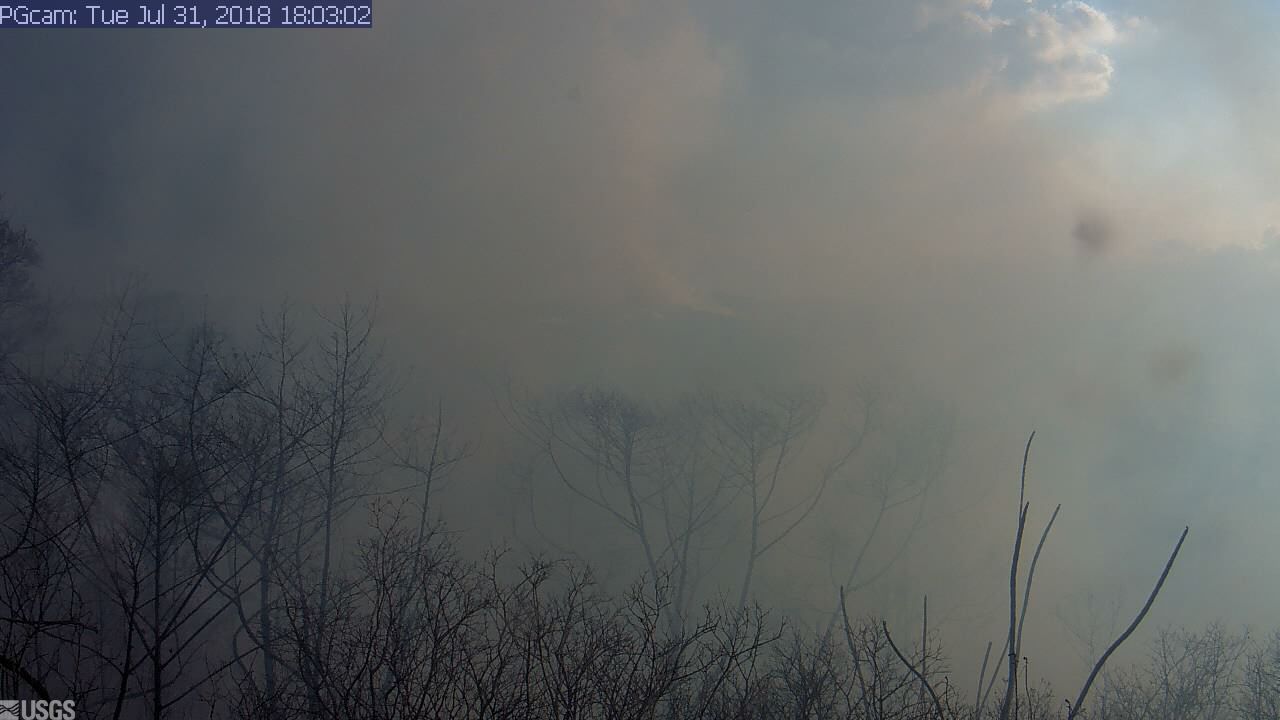 The final image produced by the USGS PGcam that previously offered a view of Fissure 8 and the eruption on the lower East Rift Zone.

(BIVN) – Brush fires have become a threat to homes and infrastructure along the Fissure 8 lava channel, especially on the south side of the flow where vegetation downwind of constant volcanic gas has become brown and dry.

Yesterday afternoon, the USGS Hawaiian Volcano Observatory confirmed a brush fire started near the Puna Geothermal Venture access road at the south edge of the Fissure 8 channel “that burned much of the vegetation around the road as well as the west side of Pu`u Honua`ula.”

According to USGS scientists, the fire “also damaged one of our telemetry hubs that relayed data from several geophysical instruments in the area, as well as the PGcam.”

The PGcam provided an early view of the eruption when it began in May, and in later weeks it kept Fissure 8 square within its frame. “We will try to get this repaired as soon as possible but the public should be aware that these operations may not be restored for some time,” USGS said.

There is another, impressive replacement for those keeping an eye on Fissure 8. Photographer Harry Durgin has erected a webcam on private land near the Lava Tree State Monument, looking towards the “Y” at Pohoiki and Highway 132. You can see the image, which automatically updates every 2 minutes, at lavacam.org.