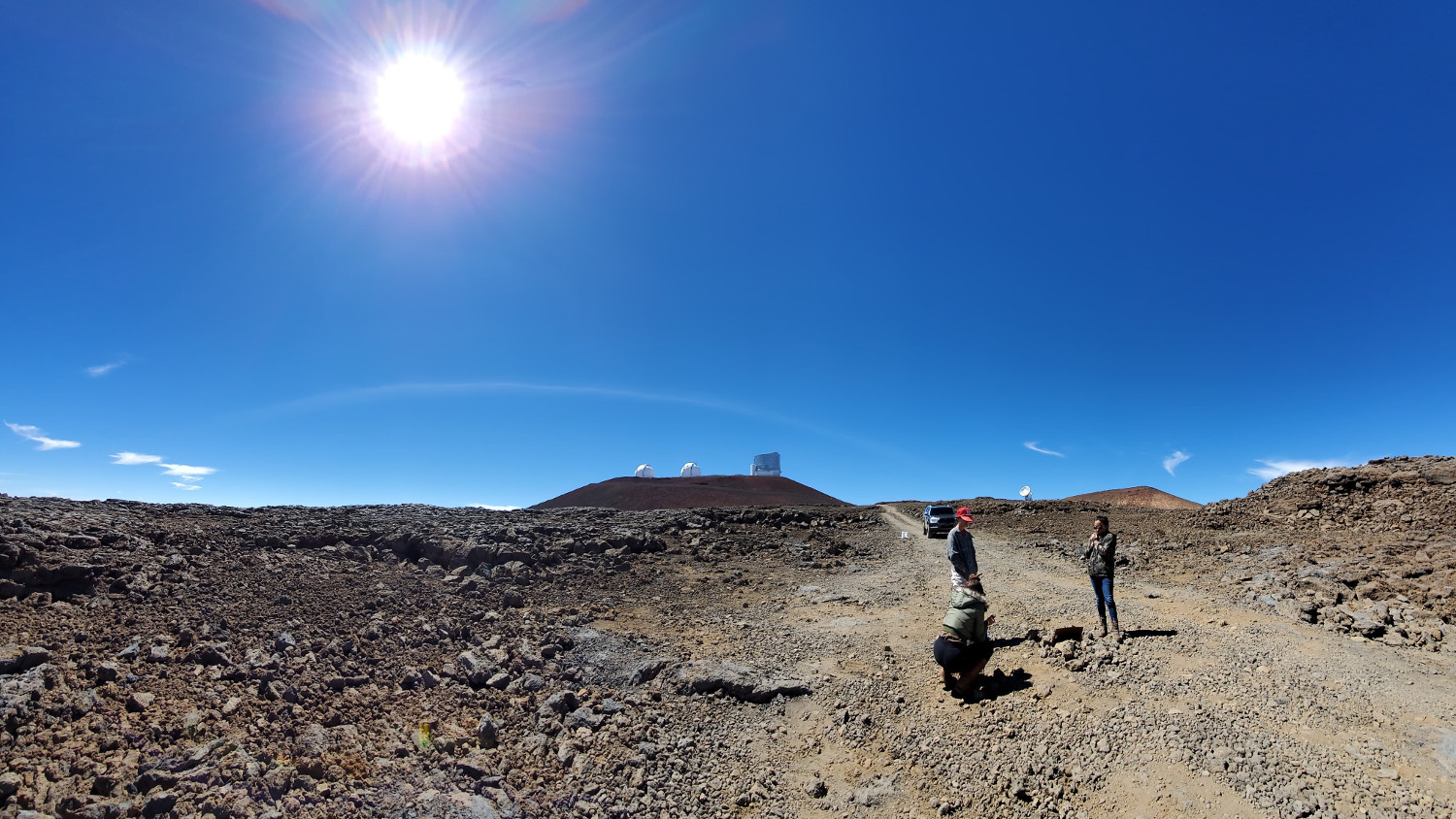 image from the northern plateau of Mauna Kea by Leina'ala Sleightholm

MAUNA KEA, Hawaiʻi - The Mauna Kea petitioners are hoping the TMT International Observatory will halt construction until the court has a chance to weigh in on the security bond issue.

(BIVN) – In an 11th hour effort to stop the construction of the Thirty Meter Telescope, the petitioners who filed a lawsuit on July 9 over the issue of the project’s security bond are now seeking a Temporary Restraining Order, or an Injunction, on the project.

Granting the TRO would give the Third Circuit Court time to review the case, petitioner Kealoha Pisciotta says.

The lawsuit was filed for “UH and TMT’s failure to ensure” that the TMT project had “posted a security bond in the amount of the full cost of the project ($1.4 – $2 billion dollars) as the Mauna Kea Plan Of 1977 requires.”

“We are hoping the TIO and others will agree to halting Construction until the court has had an opportunity to weigh in on this issue and determined its merits,” Pisciotta wrote.

A voluntary halt to construction seems unlikely, given the state’s position on the lawsuit.

“We have reviewed it,” said Hawaiʻi Attorney General Clare Connors at a July 10th news conference. “None of the claims appear to have any merit, and it doesn’t appear that it will affect the ability of construction to begin.”

In their lawsuit, the petitioners seeking to stop the TMT project point to a provision in the 1977 Mauna Kea Plan “that requires posting of a bond equivalent to the construction cost of a proposed facility, prior to the initiation of construction.”

The 40-year old plan, however, has been superseded by various subsequent plans that were adopted to manage the mountain. However, the petitioners argue that “later plans adopted by the Board of Land and Natural Resource did not include any attempt to amend the security provision,” and “later plans required any new proposals to be ‘consistent with the[1977] Mauna Kea Plan’.”

“The damage that the Petitioners seek to prevent includes the irreparable destruction that will be caused by heavy machinery brought in to dig a five-story foundation into a pristine mountain plateau,” the court document states. “This destruction will permanently damage a natural resource designated as conservation district lands and cause permanent damage to the spiritual practices conducted by traditional Hawaiians on the Mauna.”