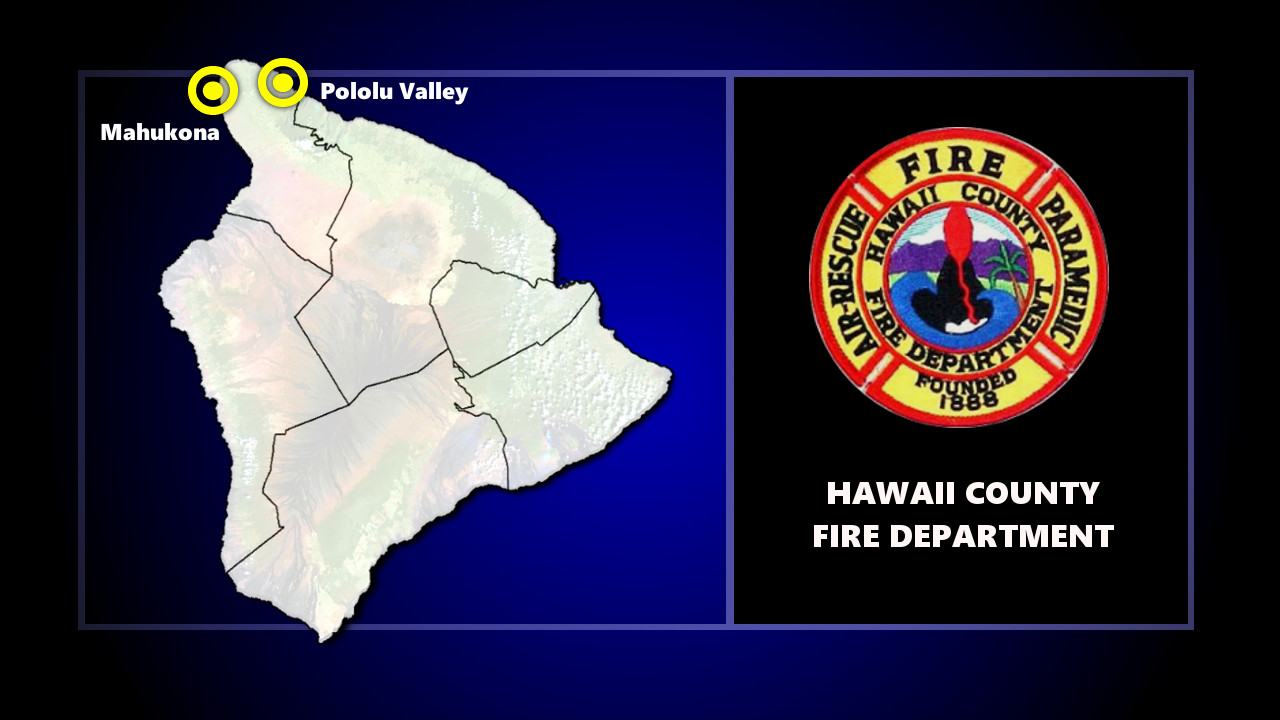 (BIVN) – It was a deadly day along the North Kohala shoreline on Thursday afternoon, as two lives were lost in the water.

The Hawaiʻi County Fire Department says Company 15 arrived on the scene at 1:15 p.m. and found an elderly female – unresponsive, not breathing, and without a pulse – who had been brought to shore by civilians on scene. The woman was treated and transported to the hospital by the Hawaiʻi Fire Department.

One hour later, a male party was found on the Pololu Valley Beach. He was unresponsive, not breathing, and without a pulse.

The fire department says it responded to a call of a swimmer in distress and arrived on the scene at 2:15 p.m. and found bystanders performing CPR on the unresponsive man. The man was treated at the scene by Chooper 2 personnel, and extracted from the beach by helicopter to a waiting ambulance.

We will have more information on these fatal incidents when it becomes available.