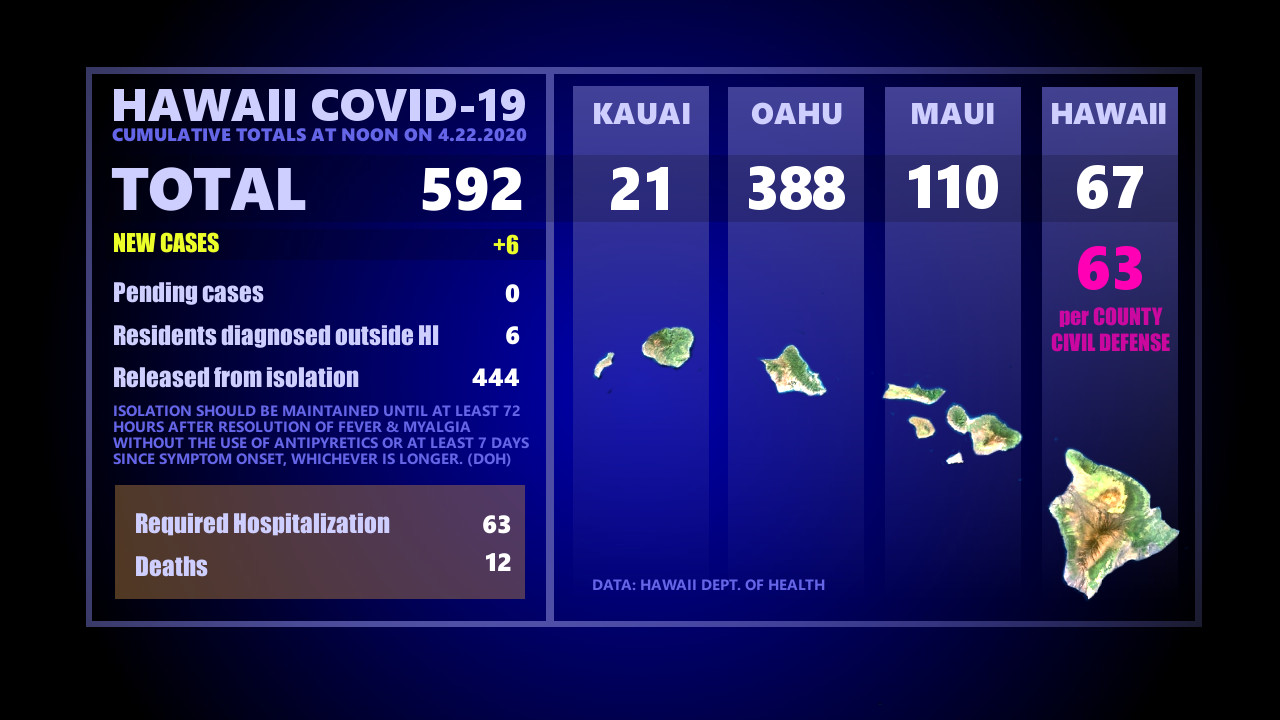 HAWAIʻI - The State of Hawaiʻi says there were three newly reported cases of COVID-19 on the Big Island, contrary of the county civil defense message issued earlier today. 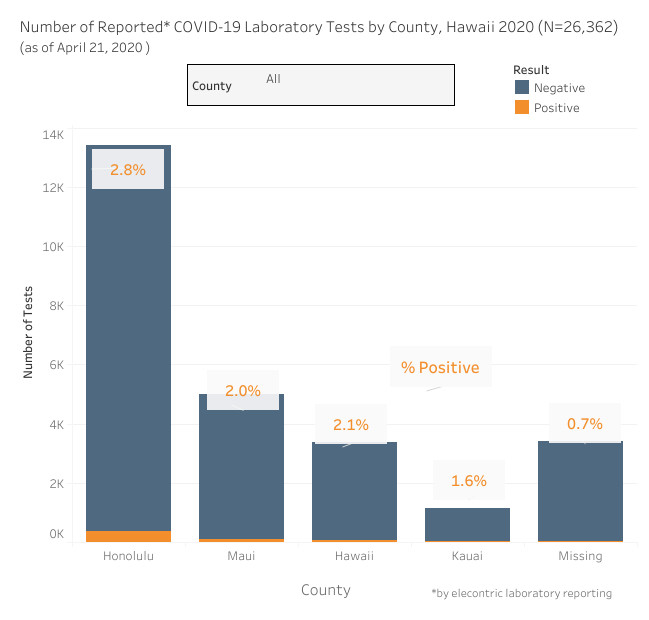 (BIVN) – The State of Hawaiʻi reported 6 new cases of COVID-19 statewide, bringing the cumulative total to 592, and also contradicted the County of Hawaiʻi by reporting three new cases on the Big Island.

On Wednesday morning, a Hawaiʻi County Civil Defense message reported, “the total number of people who tested positive for Hawaiʻi island remains at 63,” which was the same number the county reported on Tuesday. The State and the county numbers have rarely been in alignment during the COVID-19 pandemic (for example, the state reported 64 cases on Tuesday), but both the state and the county agreed there were no new cases since Monday.

Today at noon, however, the state reported an increase in Hawaiʻi island cases, bringing the official Department of Health total to 67.

The state’s joint information center even reached out to Big Island Video News to say that the number being reported by the county civil defense agency “is not accurate”.

Of the 592 total cases of COVID-19 identified in Hawaiʻi, 11% have required hospitalization, and over 80% were residents returning from other areas.

The Hawaiʻi Department of Public Safety shared this warning on a report of a sheriff impersonator and other scam alerts:

The public is reminded that Sheriffs do not call, text or email people asking for personal information or to solicit payment electronically or by phone. Hawaii residents are also advised not to provide credit card numbers or other personal information to callers claiming to represent a law enforcement agency.

If you receive a call matching this scam please alert the Sheriff Division by calling 586-1352.

The state cited a recent FBI warning to the public about an increase in similar online extortion scams during the current “stay at home” orders due to the COVID-19 crisis.

According to the FBI public service announcement: online extortion schemes vary, but there are a few common indicators of the scam.

FBI’s TIPS TO PROTECT YOURSELF:

Yesterday, 488 people arrived in Hawaii including 139 visitors and 171 residents. During this same time last year, nearly 30,000 passengers arrived in Hawaii daily, including residents and visitors. The state’s mandatory 14-day self-quarantine started on March 26th for all passengers arriving in Hawaii from out of state. The quarantine order was expanded on April 1st to include interisland travelers. This table shows the number of people who arrived by air from out of state yesterday and does not include interisland travel.