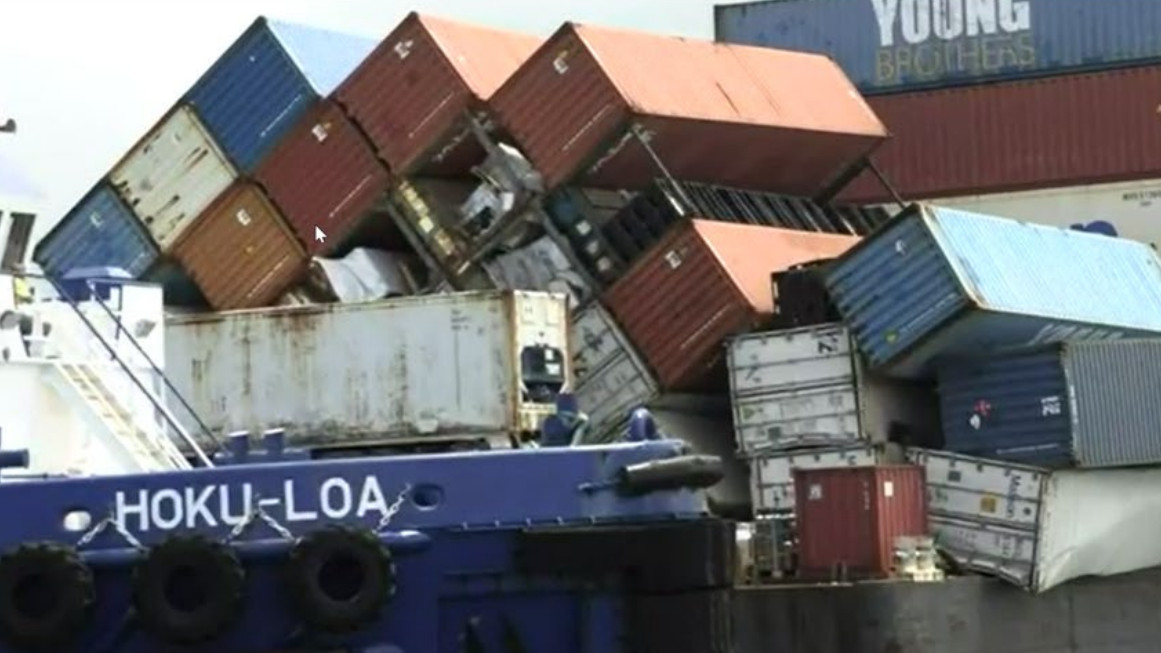 The collapsed row of containers, seen from the starboard quarter of the Ho’omaka Hou. (Source: U.S. Coast Guard via NTSB report)

HONOLULU, Hawaiʻi - The Commission held a meeting Friday on the investigation into the Hoʻomaka Hou incident on June 22, 2020, in Hilo. 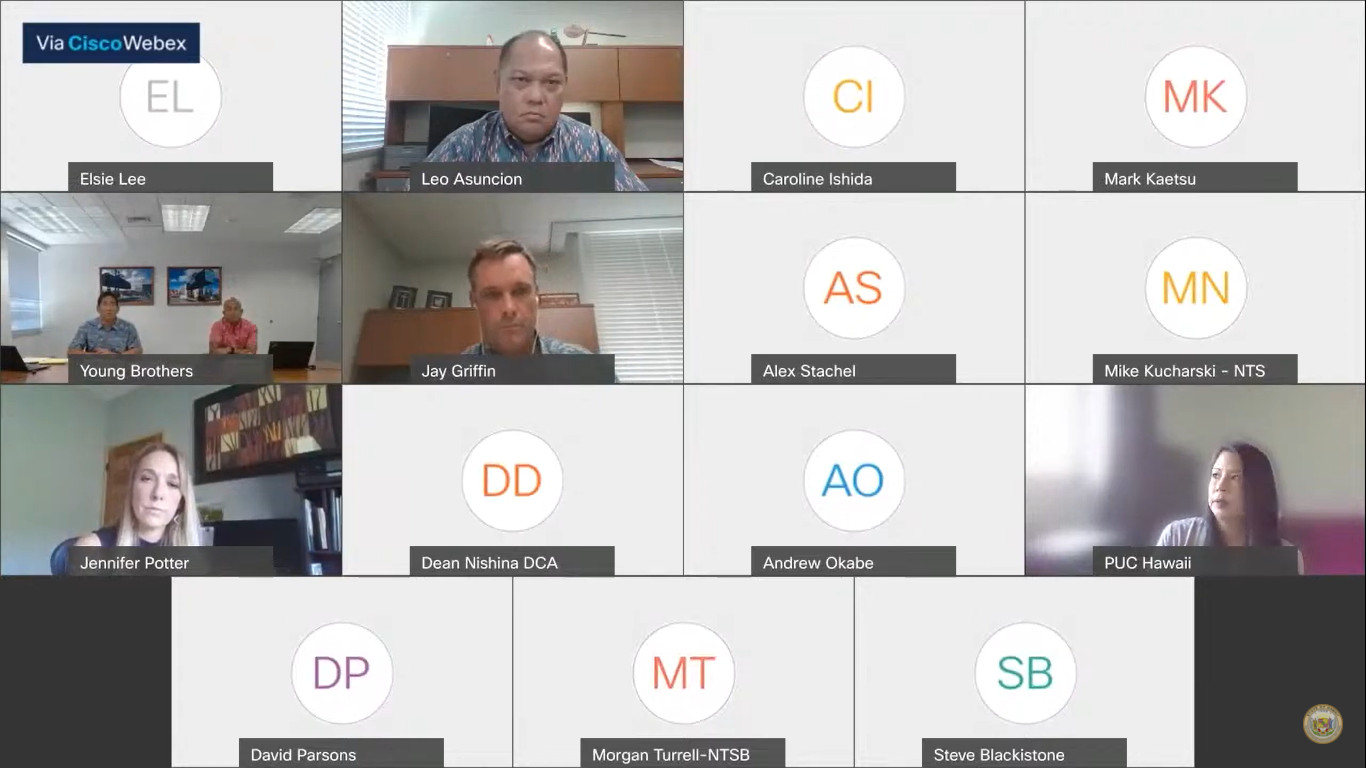 (BIVN) – The Hawaiʻi Public Utilies Commission held an informational briefing on Friday concerning the shipping containers that fell off a Young Brothers barge near Hilo Harbor one year ago.

On June 22, 2020, it was reported that 21 forty-foot containers had fallen overboard. Eight containers were found adrift about 3 miles off Pepeekeo Point and were recovered by salvors. Thirteen containers were not found.

The National Transportation Safety Board determines that the probable cause of the collapse of container stacks onboard the barge Ho’omaka Hou towed by the Hoku Loa was the company not providing the barge team with an initial barge load plan, as well as inadequate procedures for monitoring stack weights, which led to undetected reverse stratification of container stacks that subjected the stacks’ securing arrangements to increased forces while in transit at sea.

“It is important for cargo planners to have tools, such as stow plans and calculations, to assist with determining proper stowage and the sufficiency of securing arrangements for containers stacked on barges,” testified Captain Michael Kucharski, the Senior Marine Accident Investigator for the NTSB. “These tools should address the potential that container stacks may be stacked in a reverse stratified manner.”

In its own final report, Young Brothers (YB) said it “identified measures and procedures to potentially address this incident including the ‘probable cause’ cited in the NTSB Brief to the extent possible. Those measures and procedures, however, cannot be completely implemented and/or addressed by YB due to, among other things, infrastructure and regulatory constraints (many of which are beyond the control of YB).”

YB stands by its existing barge loading practices that have had a near flawless incident record over the course of its rich 120-year history. In particular, the current block stowage technique currently implemented by YB is recognized as the least labor-intensive barge stowage method and allows for high cargo handling efficiency with rapid loading and discharge of cargo at the port of destination. This method has been an integral reason why YB has been able to provide fast, efficient, frequent, affordable and reliable service to the Hawaiian Islands with 12-weekly regulated sailings that depart out of Honolulu, Oahu to all major island ports, including the remote island port locations of Kaunakakai, Molokai and Kaumalapau, Lanai. Any changes or modifications to this technique will likely require, among other things, (1) further studies and/or discussions with key stakeholders including those currently participating in the Senate Resolution No. 125 Water Carrier Working Group (“SR 125 Water Carrier Working Group”), as such changes or modifications will need the necessary approvals and support from many of these stakeholders;1 and (2) additional coordination, training and labor between the various departments including terminal operations, health, safety, quality and environment, and human resources. In the meantime, YB will seek opportunities to continuously improve and operate the safe, efficient, and fast, frequent, affordable, and reliable interisland water carrier cargo service upon which our customers and community depend on a weekly basis.