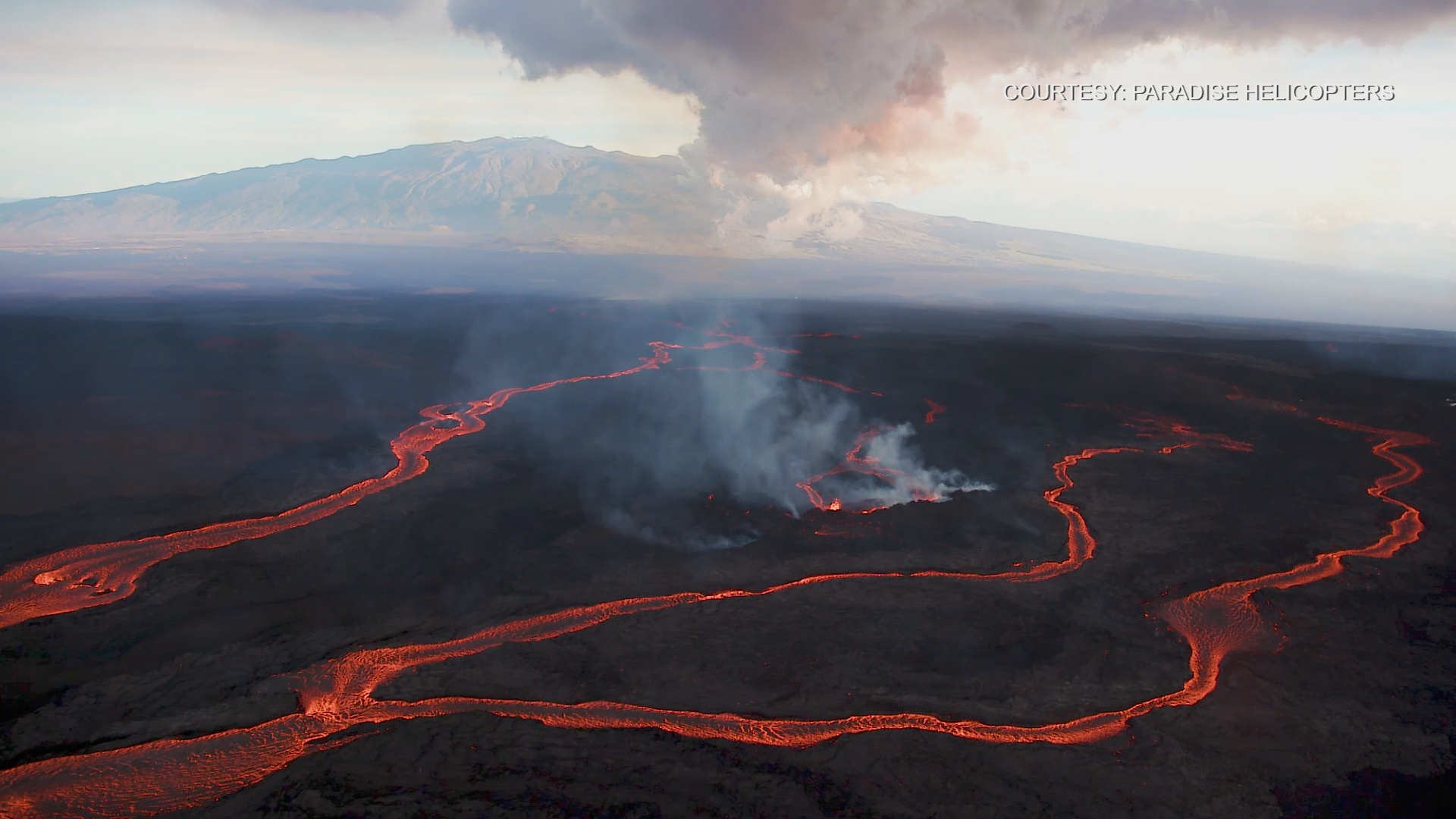 HAWAIʻI ISLAND - The U.S. Army says that "contrary to claims on social media, the lava flow has not reached the cantonment area," at Pōhakuloa Training Area.

(BIVN) – Lava from the ongoing eruption of Mauna Loa has breached a remote area in the most southeastern section of the U.S. Army Garrison’s Pōhakuloa Training Area, taking out a portion of a fence, however there is no evacuation order for PTA at this time.

“We continue to closely monitor the Mauna Loa eruption,” wrote the PTA Public Affairs Officer Amy Phillips in a news release. “We are taking necessary precautions to ensure the safety of all who work on post, and safeguard critical assets.”

“Contrary to claims on social media, the lava flow has not reached the cantonment area,” the PTA release stated.

The Army says there is “no immediate threat to PTA personnel,” and added that “Pele’s Hair is present but sulfur oxide levels are at a green level.”

There is no training at PTA at this time, “so the loud boom heard in community did not come from PTA,” the Army stated.

In a post to social media, the USGS wrote that the “booms” that were heard across the island of Hawaiʻi “was a jet,” not Mauna Loa. Scientists used a signal recorded at the HUAD station to come to their conclusion.

During a Wednesday morning media briefing, Hawaiʻi County Civil Defense administrator Talmadge Magno said the County is in talks with Pōhakuloa Training Area to “perhaps put in a viewing area that can handle all these people and their vehicles” that are crowding the Saddle area at night for a better view of the eruption.

On Tuesday night, six people were involved in a car accident, with two needing medical transport for minor injuries. The County says “it was reported to the Medic onboard that the injured patients were idled along the shoulder lane when they were struck while attempting to pull back on the main roadway.”

“We understand that it is unpopular for us to limit parking along the roadway, but, unfortunately, it’s necessary to keep each other safe,” said Mayor Mitch Roth. “We know our community is eager to witness the eruption, and we are actively working to find safe ways for folks to do just that. Our main priority will always be the health and safety of our community, and we thank the community for their understanding as our precautions evolve to adequately address the ongoing situation.”