HILO, Hawaii – It was a historic visit to East Hawaii for Governor Neil Abercrombie on Tuesday. For the first time, a governor of the State of Hawaii signed bills into law on Hawaii Island. The trip also involved the grand re-opening of the Kulani Correctional Facility, a moment over three years in the making.

First, the governor signed five bills into law at the Hilo Yacht Club on Tuesday. It was the first ceremony of its kind to take place on Hawaii Island, according to administration officials.

“These measures have direct relevance to the people of the Big Island. Signing these bills here in Hilo allowed the legislators who introduced them to witness their becoming law alongside the very people who will be most affected. I applaud the members of our Legislature, including Hawaii Island legislators, for their leadership in advancing these important measures.”Gov. Abercrombie in a media release

Here are the bills, with links to separate video stories on each.

Senate Bill 3093 – Makes an appropriation to the University of Hawaii at Hilo to support its memorandum of agreement with RISE 21st Century After School Program.

House Bill 1823 – Requires mediation in disputes regarding the fair market value or fair market rental of public lands. Provides for binding arbitration in the event of unsuccessful mediation.

Senate Bill 2583 – Appropriates funds for an engineering assessment of a proposal to establish a laser optical communications ground station in Hawaii. (PISCES and NASA)

Senate Bill 2953 – Provides that all royalties from geothermal resources on DHHL lands shall be paid to DHHL. 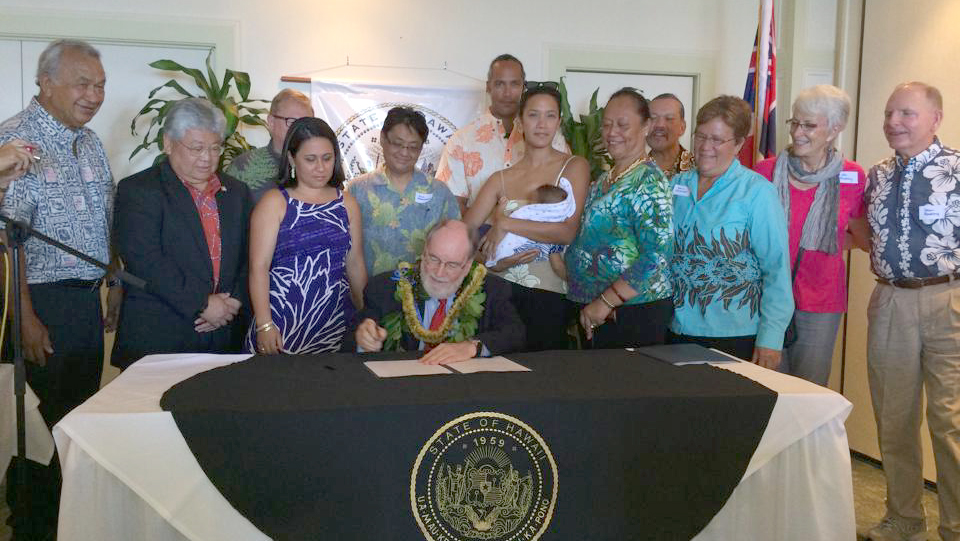 Gov. Abercrombie later joined Public Safety Department Director Ted Sakai and invited members of the community to mark the grand re-opening of Kulani Correctional Facility high on the slopes on Mauna Loa. The facility closed in 2009, resulting in the displacement of nearly 100 staff and the transfer of almost 200 Hawaii inmates to other overcrowded state facilities.

“Re-opening Kulani Correctional Facility is the right thing to do for inmates and their families, the community, and our entire state. Today we are delivering on a promise that adds much-needed capacity to our corrections system while restoring jobs and keeping tax-payer dollars in the state.”Gov. Abercrombie in a media release 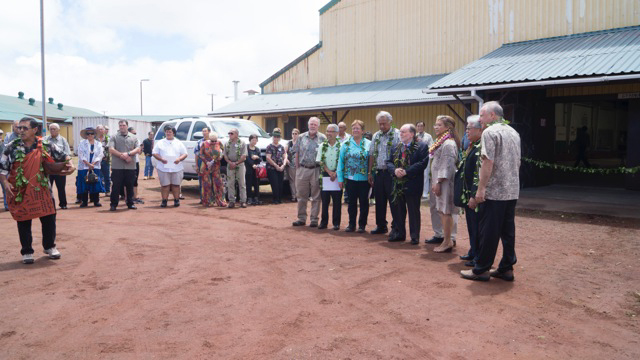 The governor joins other officials at the re-opening of Kulani Correctional Facility.

Coverage of this event is here: