HAWAII VOLCANOES NATIONAL PARK - As the summit of Kilauea volcano continues to deflate, the lava lake is dropping out of view.

HAWAII VOLCANOES NATIONAL PARK – As the summit of Kilauea volcano continues to deflate, the lava lake is dropping out of view.

Over the past few weeks, the volcanic spectacle of the rising lava lake has been drawing thousands of visitors to Hawaii Volcanoes National Park, where for the first time the lava could be seen from the Jaggar Museum overlook. Before that, the lava could only be observed on USGS webcams stationed around Halema’uma’u crater.

Posted by Harry Durgin Photography on Tuesday, May 12, 2015

The rise – and occasional overflow – of the lava lake coincided with a steep inflation at the summit, as recorded by continuously operating electronic tiltmeters. But this weekend, that inflationary trend reversed, and the lava lake began to recede.

Tiltmeters at the summit of Kīlauea continued to record a deflationary trend during the past 24 hours. The rate of deflationary tilt increased yesterday afternoon, which was accompanied by a higher frequency of earthquakes in the upper Southwest Rift Zone, including a magnitude 3.1 event at 3:40 pm. The lava lake continued to recede in the past day, and the surface was barely visible from Jaggar Museum early this morning. Seismicity remains elevated beneath Kīlauea’s summit and upper East and Southwest Rift Zones. Sulfur dioxide emission rates averaged 3,600-6,800 tonnes/day for the week ending May 5.USGS Hawaiian Volcano Observatory on May 12 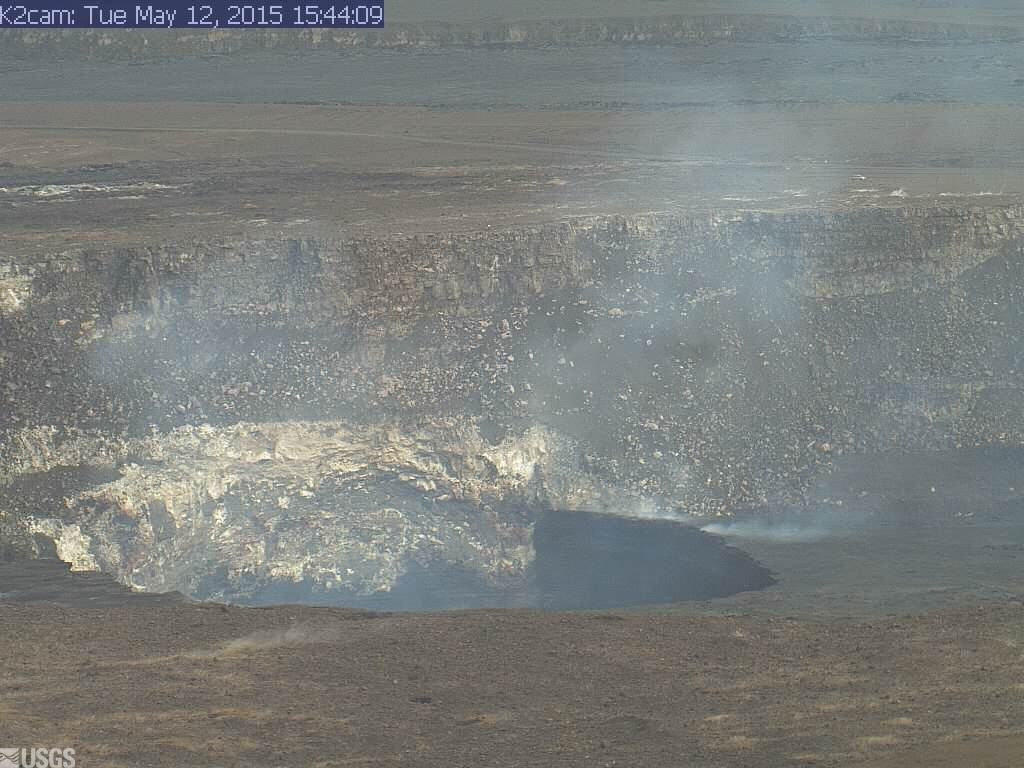 This USGS webcam view shows what the public sees at Jaggar Museum … no lava lake visible as of Tuesday afternoon.

The sudden deflation coupled with the increased seismicity has everyone on alert. The events could portend a change in the eruption. The National Park Service is taking the precaution of closing certain sections of the park to visitors at night.

Due to an increase in seismic activity along the East Rift Zone, all backcountry trails between Crater Rim Drive & the coast, as well as Kulanaokuaiki campground have been closed for overnight use. They remain open for day use.Hawaii Volcanoes National Park 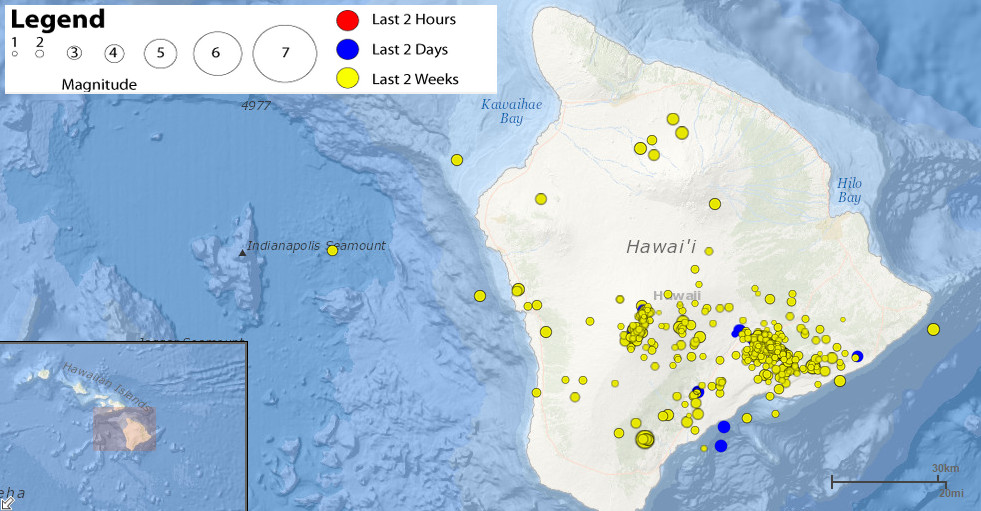 Screen grab from the USGS website “Recent Earthquakes in Hawaii”. We have placed the Legend for the map over the upper left portion of the image.