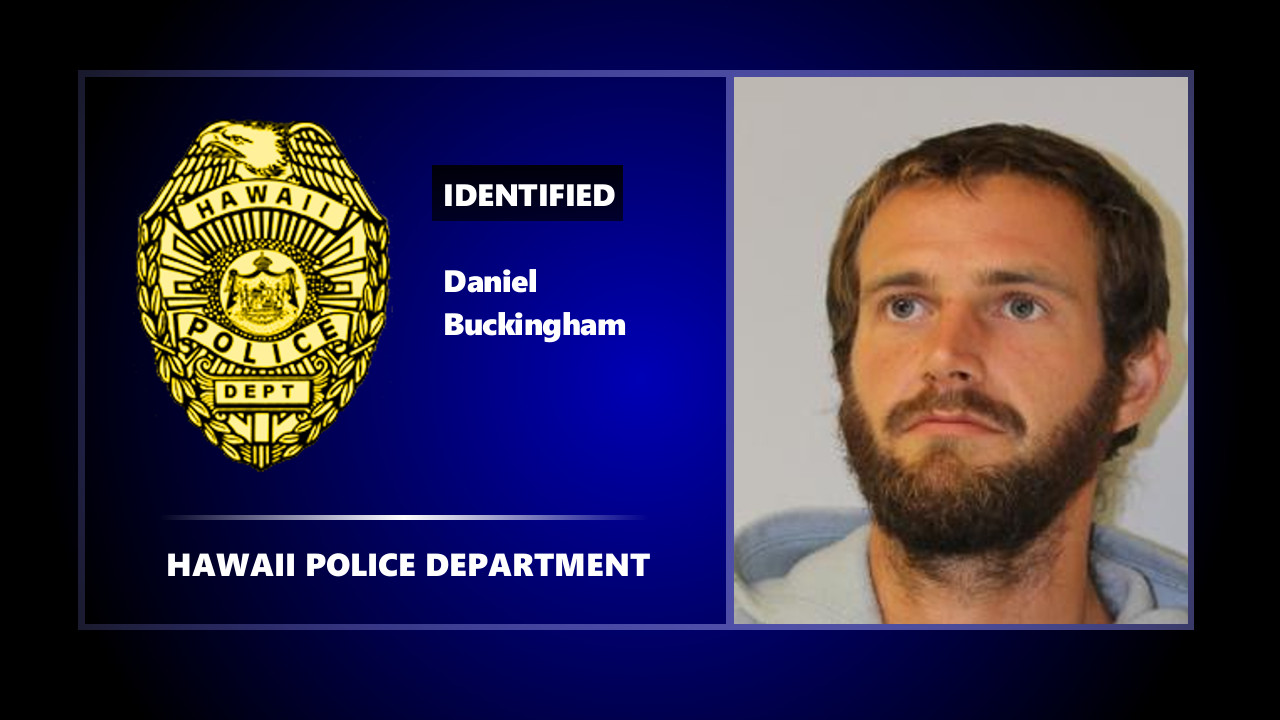 HILO, Hawaiʻi - 31-year-old Daniel Buckingham, who had no known permanent address, had been living on Hawaiʻi Island for a year and a half, police say.

(BIVN) – Hawaiʻi police have identified the man who was killed during a recent officer involved shooting in Hilo.

Police announced on Tuesday that the suspect has been identified as 31-year-old Daniel Buckingham. He has no known permanent address, but has reportedly lived on Hawaiʻi Island for a year and a half. Police say he is originally from Ann Arbor Michigan.

On Friday morning, at about 11:40 a.m., South Hilo Patrol officers responded to a residential alarm at the 1800 block of Kilauea Avenue in Hilo. Officers arrived at the residence at about 11:42 a.m. Officers located a broken rear window to the residence. Upon speaking with neighbors, officers learned that the residence was not currently being lived in full-time and no one should be there. Officers made entry into the home to investigate and announced their presence several times. As officers were clearing the residence they encountered a locked bedroom door. Officers then exited the residence and made additional checks around the perimeter of the property. Officers then breached the bedroom door at approximately 12:02 p.m. Immediately upon entering the locked bedroom; officers were confronted by a male suspect armed with a pocket knife and a much larger knife. The suspect swung the large knife and struck an officer in the forearm. Two of the responding officers discharged their duty weapons, killing the armed suspect.

The injured officer was transported to Hilo Medical Center in stable condition. He was treated for a large laceration to his arm, and later released.

On Tuesday morning, June 22, 2021, an autopsy was performed on Buckingham, and the pathologist determined that he died of multiple gunshot wounds to his upper body with several shots being fatal. The final autopsy report is pending toxicology results.

This incident was the second fatal officer-involved shooting in one week. The first was occurred as police responded to a reported domestic at a residence on Mokuhonua Lane.